"The Highwaymen" is a heck of a movie


Netflix's new movie "The Highwaymen" is a heck of a ride. 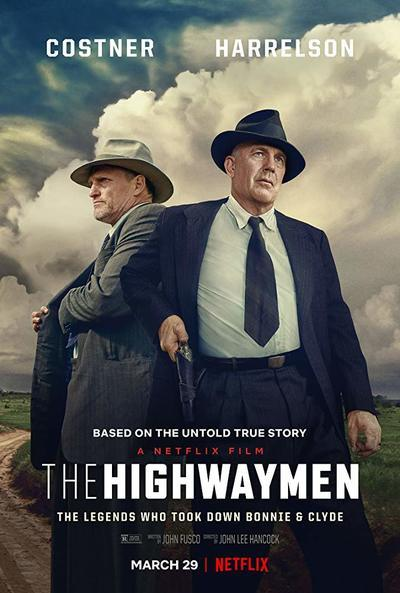 It tells the story of how former Texas Rangers Frank Hamer (played by Kevin Costner) and Maney Gault (Woody Harrelson) pursued, caught and killed Bonnie Parker and Clyde Barrow, better known as "Bonnie and Clyde".  It's a raw, unvarnished look at life, crime and law enforcement as it was in those days.  The law enforcement veteran with whom I watched the movie, and others with whom I've spoken about it, agree that it was an excellent, very factual portrayal.  Obviously, certain historical details were modified for the benefit of the camera;  but in general there were very few complaints.

I was particularly struck by one scene, about halfway through the movie, where a convict whose release on parole has been arranged in an attempt to capture Bonnie and Clyde, is killed by them - or their colleagues - to silence him.  The dialog between Hamer and Gault after they find the body is remarkably apt for two men whose backgrounds were steeped in blood and violence.  It struck me very powerfully.  It was a stark moment for me, a mirror held up for self-examination, much as the Navy SEAL movie "Act Of Valor" was for me several years ago.

All I can say is, this is the best movie I've seen in the past seven years.  It's head and shoulders above 1968's counter-cultural movie "Bonnie and Clyde".  I highly recommend this year's version of the story.