Y'know, I think he's got it in one 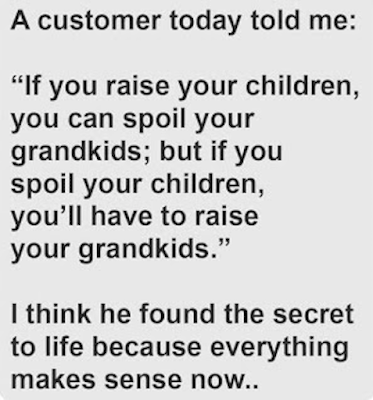 Looking at the behavior of Antifa/BLM rioters, the whining of the "woke" and the posturing of the politically correct, I reckon they all prove the truth of that!  Sadly, many of those who spoiled their children also failed - or refused - to raise their grandchildren.  Instead, they abdicated that responsibility to schools and the state, the local organs of Big Brother.  Because they didn't care, they failed to monitor what those organizations were doing in their name.  They let them get away with social engineering, and what is, in so many words, brainwashing.

That neglect, that sin of omission, has continued through several generations since World War II.  The results are what we see before us.  Half the country - generally, the younger half - is more than prepared to eagerly embrace Marxism and statism, the worst failures in the history of the human race, while the other half - generally, the older half - is mobilizing to stop them.