The most successfully crowd-funded comic book in history?


Some weeks ago, a crowdfunding venture was launched to start Alt*Hero, a comic that would embody the old-style values of that medium and eschew the politically correct line being hewed to by most of the formerly mainstream media companies in that market.

It's not before time.  As just two examples of just how ridiculous the SJW takeover of comics has become, consider these.  (Click the first image for a larger view.) 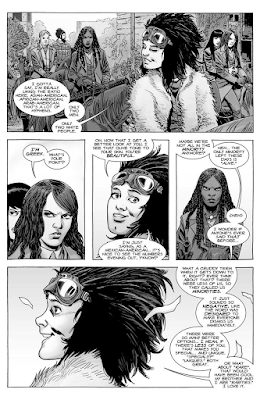 All that politically correct posturing in comic books?  Ye Gods and little fishes . . . !  (It's also killing their sales, as a Marvel Comics VP admitted recently, and as observers are noting.)

Clearly, there are many who are as fed up with political correctness as I am.  Alt*Hero, with an initial goal of $25,000, was fully funded in a mere four hours after it was announced.  That's got to be some kind of record in itself!  Since then, new stretch goals have been added, and they've been met and beaten every time.  When the fundraiser closed at midnight last night, it had been oversubscribed by no less than 978%, for a total amount raised of $244,565.00.  I'm no fan of comic books, and never have been, but I couldn't resist being one of the backers on this one.  The project's originator is understandably very happy with the response, and the wider level of support it implies.

I think this bodes very well for the future.  If explicitly and specifically non-SJW and anti-SJW projects like this can be so stunningly successful, it's clear that a groundswell of resistance and rejection is brewing against the socially smug prima donnas who have for so long tried to tell us what to think, what to buy, and what to enjoy.  H. L. Mencken defined puritanism as "The haunting fear that someone, somewhere, may be happy."  I suspect that SJW's are the modern heirs of puritanism - and I hope and trust they're going to experience a lot of that haunting fear, as Alt*Hero takes root and grows.  The rest of us will just be happy to read something worthwhile!

If you'd like to see several sample pages from the Alt*Hero project, click over to the crowdfunding project and scroll down to view them.  The fundraiser is now closed, so don't worry - no-one's going to be dinging you for money.

OK, before we go on an outrage bender about unsubtle propaganda in comic books, let's keep something in mind; it's ALWAYS been that way. Maybe the propaganda was closer to the public's biases, but it has always been there and it's always been as subtle as a brick.

Does the current slant of propaganda in the mainstream comics spoil the comics? Probably. I gave up on most comics years back, because they were moving into long, multi-year story arcs, and I simply lack the time (I feel the same way about TV).

But let's keep firmly in mind the image of Captain America, with his first (triangular) shield, punching a certain jumped-up Austrian corporal right in the jaw. Unsubtle propaganda isn't new.

No thank you. Vox Day does the same as the left, just to the RIGHT.

In an identity conflict, your skin is your flag, your religion and culture are your rallying cries. There are no neutral parties, only friends, enemies, and allies, all vying for influence and control of the great mass of people who haven't yet noticed the war swirling around them.

Think what you will of Vox Day and the alt-right, but they're the only ones actively identifying and engaging the enemy in the culture wars. Conservatives have failed to conserve the ladies room, the definition of marriage, the ethnic composition of the American people, the belief in the existence of facts and science, and the teachings of God in churches all across our fair land.

Theodore Beale aka Vox Day is a disgusting, tiresome, utterly mediocre loudmouth, bereft of class or education. Anyone who, like VD, uses the triple parentheses ((( ))) non-ironically to "NAME THE JEW!!!" is scum.

I will give him that he's a hard worker and that it appears he is paying his authors on time, in full, not always something one can count on from a new-ish publisher; credit where it's due. He claims to be an American Indian, must be one of them "casino tribes". (Some tribes will certify you as one of theirs if even one in 64 of your progenitors was "native American".)

Sadly, David Yeagley aka Bad Eagle, fully one-half Comanche by descent, is no longer with us. He will be remembered as one who cared deeply for his tribe and for native Americans, while being a patriotic conservative American putting his country and its hard-won freedoms first. A prolific writer and blogger, he was also a composer in the "modern classical" genre. Many people remember him fondly for the patience and kindness he showed them. Where someone like VD barks, as he struts up and down like some delusional wannabe tinpot dictator exhorting his troops, Yeagley was soft-spoken yet confident. The very idea of mentioning these two in the same breath, as though they belonged on the same level, is preposterous.

It's true that Marvel has drunk the kool-aid and is rushing head over heels to destroy its legacy and brand with cringeworthy, politically correct productions that will make anyone stupider just by looking at them.

The Alt Hero stuff, however -- at the least the excerpts shown on VD's blog -- is extremely generic, uninspired, and uninspiring. It has a corporate, work-for-hire feel. There are enough talented, quirky, idiosyncratic comic artists marching to the beat of their own drum to enjoy, no need to buy something bearing the tarnished alt-right label. "Alt Hero" ==> PASS.

I'm afraid I don't agree with you about Vox Day. I've found him very polite and professional in our dealings with each other. Yes, he has some hot-button issues, and he's sometimes deliberately confrontational online. (Hint: don't confuse an online persona with the real person. They are seldom identical.) However, I don't see him as a "wannabe tinpot dictator" at all. He's merely outspoken and very determined in defense of his positions - as are those on the other side of the debate. He's no more passionate or rude than they are. That appears to be the nature of that sort of discourse - which is why you won't find it on this blog.

In future, if you wish to comment about Vox or anyone else, please do so with greater respect for the family-friendly nature of this blog.

I actually like Vox Day. I don't like some of his views, but everyone is entitled to 'em. He's not putting a black hoodie on and shitting on police cars or burning down busineses.
Some of his views are a little extreme to me but I still like his books.
I just wish comics would leave out this fucking politics crap.
A female Thor? A transgender Batman? and then we have the extreme right doing shit too.
Stop it and leave my fucking comics alone!!!!!!!!!

to the anonymous troll.

Crawl back into your cave.

Preacherman, you are extremely smart. Why do you promote a person like Vox Day?

"The Alt Right believes we must secure the existence of white people and a future for white children."
https://voxday.blogspot.com/2016/08/what-alt-right-is.html

He's directly quoting a neo-nazi murderer, David Lane, as a source for his alt-right views.
https://en.wikipedia.org/wiki/David_Lane_(white_supremacist)

Vox Day is a fan of mass-murderer Anders Behring Breivik.

Why do you have anything to do with this man, Preacherman?

I've heard a certain "Other" anoymous person call me that. Are you, belike, a space baby? and NO I would never advocate for murderers of ANY sort. I do believe that a nation should be bred out of existence though, like what is happening in europe and to a lesser extent in america.
Call that racist? I don't. I call it cultural self-preservation.
I am NOT a fan of multi-culturalism in the degree that if a culture cannot blend into the existing one, then maybe the culture that won't doesn't deserve to be part of that nation.
Take the Muslims for example.
BT

Typo.
Not bred out of existence.

Dwan, I was talking to Peter, not you. I know him best as Preacherman.

I don't know why Peter would promote the work of human being like Vox Day. Peter is proud of his fight against neo-nazis. Vox Day thinks Anders Behring Breivik is a "saint." I don't know that Beale is a neo-nazi, but he apparently thinks mass murdering kids is praiseworthy.

Thought you meant me. shutting my yap now.

I'm with Dwane on this one. VD is just as ridiculous as the left is.

I'd have said that maybe one of the moderate Sad Puppy clique might be able to actually put story before political agenda, but I highly doubt that for the Rabid Puppy people.

Anyway, it is a pointless thing to do. There is enough story-before-agenda stuff out there, just not done by Marvel and DC. A comic buff would know that.

Kurt Busiek has been doing it for years now with Astro City. And he has been lauded for that, winning a bunch of Eisner awards.

Folks, this blog is not a place to preach to others. By all means, comment on the issues raised in a post; but please don't take it way off track and start commenting on extraneous political issues.

Vox Day may rouse some people's hackles (some of his comments certainly cross my threshold of "I would never say that!"), but he's also deliberately developed an online persona that he presents to the world. In person, in one-on-one discussion, I've found him a very different man, one I've come to like and respect. If you regard his opinions or views as unacceptable, that's your right, and I respect it; but he has as much right to his opinions and views as you do to yours. Kindly keep that in mind.

A little more tolerance would go a long way, for all of us (albeit accepting that some things are criminal, and therefore intolerable). Free speech is the bottom line.

Peter, I fully support free speech. I want to censor no one. I am glad Beale is free to show the world he admires Breivik. I am not maligning Beale. I am linking to what he has told the world.

I also have been reading your writing for years. You said you know Vox Day. Is it your contention that when he tells us that Anders Breivik is a Saint he is really lying? He really doesn't support someone who shoots dozens of children? How are we supposed to judge him except by what he publicly tells the whole world? He is really a man you respect, despite his publicly stated support for a mass murderer of children?

Why do you associate yourself with an admirer of Anders Breivik? I really find this astonishing.

@Anonymous at 9:17 AM: It's not about Vox Day. It's about you expecting me to adopt your point of view on anything and anybody. You're free to believe whatever you want about someone. You are NOT free to expect, or demand, that I share and/or endorse your opinion. By trying to make me do that, you're imposing on my own freedom of speech, and trying to force me to fit the mold of what you consider "politically correct". THAT'S OUT.