The special one-week-long fundraiser for Wil Caligan, about which I wrote on Monday and Tuesday, is going great guns.  The original goal of $7,500 was passed in less than 2½ hours, and the original final "stretch goal" of $35,000 is within a few hundred dollars of being reached as I write these words. 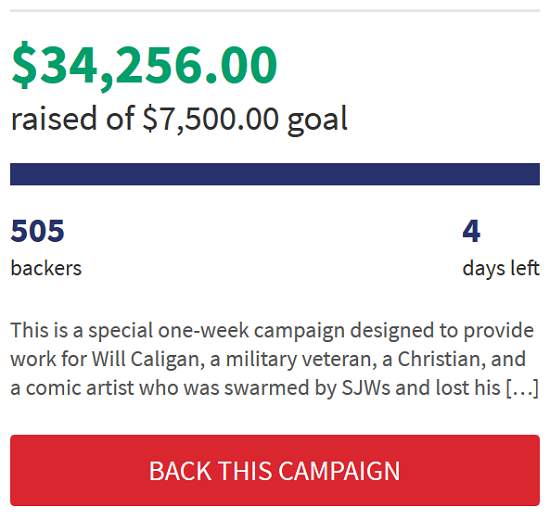 I'm one of the authors who've offered books to be converted to graphic novel format as part of this campaign, and I'm also a contributor.  As I mentioned on Monday, I think this is a cause we can all rally around.

Since the fundraiser is going so well, a new "stretch goal" has been announced, this time of $50,000.  If it's reached, Wil will be commissioned to produce a third graphic novel.  I've no doubt that if we exceed that amount, the third novel will also be in color.  If you haven't already contributed, may I respectfully invite you to think about doing so?  Grateful thanks to all of you who've already done so.