I didn't know that the Jacuzzi water-jet bath (known variously as a 'hot tub' or a 'whirlpool tub') had its roots in aviation. While Wiki-wandering this morning, I came across an article on the company which told me:

Around 1900, seven brothers named Jacuzzi (pronounced Yah-KOOT-see in Italian) immigrated to the United States from Italy. They eventually settled on the West Coast in Berkeley, California and became machinists. One of them, Rachele (pronounced "rah-KEH-leh"), began making aircraft propellers, inspired by an airshow he had seen at the 1915 Panama Pacific Exposition in nearby San Francisco. They designed a unique propeller known as the "Jacuzzi toothpick." Rachele and his brothers created an aircraft manufacturing company in Berkeley called "Jacuzzi Brothers", which remained in business until 1976, although their product line changed over the years. 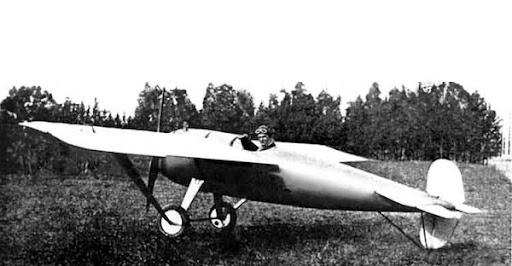 One accomplishment of the company was the first enclosed cabin monoplane, which was used by the U.S. Postal Service to carry passengers from the San Francisco Bay area to Yosemite National Park.

In 1925, as a result of a crash of one of their planes in 1921 between Yosemite and San Francisco, which killed brother Giocondo, the Jacuzzi Brothers stopped making aircraft. Rachele turned the company's know-how in making hydraulic aircraft pumps to the manufacture of a new kind of deep well agricultural pump. Their design turned out to be an innovative new pump. They received a Gold Medal at the California State Fair in 1930.

In 1948, brother Candido used the company's expertise in pumps to develop a submersible bathtub pump for his son, Kenneth, who had developed rheumatoid arthritis in 1943, at the age of 15 months and suffered from chronic pain. The boy received regular hydrotherapy treatments at local hospitals, but Candido could not stand to see his son suffering between visits. He realized that their agricultural water pumps could be adapted to give his son soothing whirlpool treatments in the tub at home. Kenneth Jacuzzi eventually took charge of the company.

In 1968, Candido Jacuzzi brought to market the first self-contained, fully integrated whirlpool bath by incorporating jets into the sides of the tub.

They did what it took to bring home the bacon (so to speak), and that IS an interesting progression! Thanks!