Some new books from friends

Several of my friends, fellow bloggers and fellow writers have published new books over the past few weeks.  I've read all of them, and recommend them to you.  I'll list them in alphabetical order by author, to avoid offending anyone.

First up is Rita Beeman, known in meatspace as Lawdog's Lady.  She has a new novella (i.e. short novel) out titled "Mabel Murkwood and the Overly Familiar". 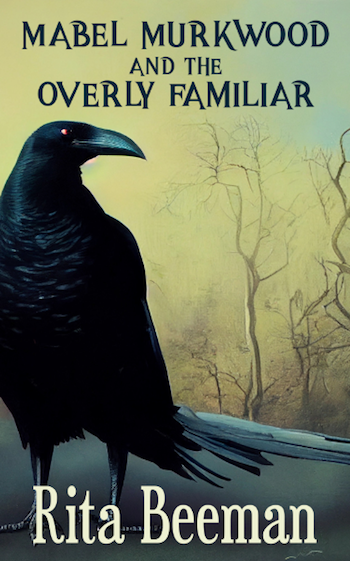 Hugh, a stately raven from England, lost his master in the Blitz.

Warm conversation, a shared passion for botanicals, and many cups of tea forge a bond between this unlikely duo.

However, life in East Texas isn't always easy, especially after a World War that left scars in the hearts of many of its survivors. While Hugh finds his footing in a new land, he also finds a new purpose helping his East Texas Witch.

Next is Alma Boykin.  She's just published the 22nd book in her "Familiar Tales" series.  This one's titled "Preternaturally Familiar". 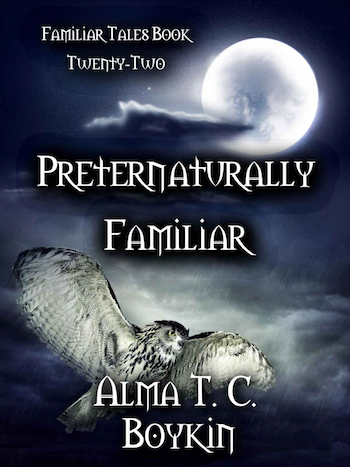 Where is home for a Hunter?

Uneasy rests the head upon which rests the leadership of the River County Hunter clan. Arthur Saldovado's older brother grows distant and untrusting. Arthur must balance his duty to the senior Hunter with protecting the shadow mage Hunter in Shadows and preventing strife within the clan. Arthur's adopted daughter, Lelia Lestrang, watches and worries. That is, when she's not trying hard to keep from ordering her children to marry (she wants grandchildren!) and sighing mightily when her much loved husband leaves his clothes lying in front of the laundry hamper yet again.

Then a sorceress discovers the remains of a gate between the worlds, cast with blood-path magic.

Where can an out-cast Hunter find shelter, save for the grave?

"I wish something would happen and clear the air!" When the storm breaks, Lelia, André, their Familiars, and their family pull together to fight a battle Lelia though had ended fifty years before.

The end of an era? Or the start of something Preternaturally Familiar?

Also new from Alma is the seventh in her "Merchant and Empire" series.  This one's titled "Noble, Priest and Empire".

Valdher of the Wilds, Lady of the Forest

Unwanted survivor, failure, Halwende cost his father money and should never have become heir. When Valdher chooses him as priest, no one is prepared for what follows, least of all Halwende.

Sneelah of the Snows, Lady of the Ice

Young in his power, Aglak Rothbard settles long-simmering disputes. With force. Icy-cold force, just like the goddess he serves.

One man seeks to open the raw, new lands in the north for settlement, as his Lady commands. The other seeks to balance rapid change and the desires of a deity reluctant to release her hold on the north. When long-forbidden magic is brought back to light and used for ill purposes, both men and their deities must work together for the good of the Northern Empire. Two men and their patrons, strong in power and stronger in will. Who will be master of the northern lands?

When Cervi and Snow-cat collide, the forest trembles!

J. L. Curtis (better known in the blogosphere as Old NFO) has just released a short story, to tide his readers over while he works on his next book.  It's titled "Country Boys (and Girls) will Survive". 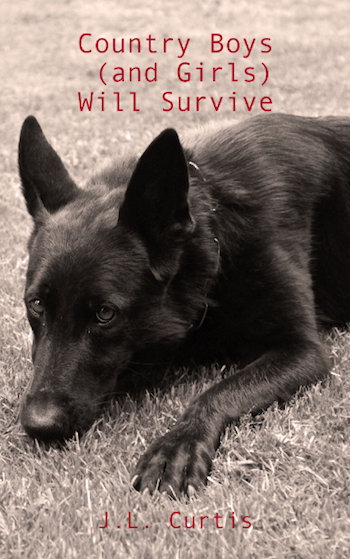 Shady Rest Mobile Home Park wasn't anything much... Small, old, and butted up against the Okefenokee swamp, with an 'eclectic' group of tenants, it was the target in a long time feud.

DK Thorne, a medically retired Marine, did his best to keep the place afloat, the tenants happy, and fight off the County. He was managing to do that until the local witch said 'things' were coming from the other side of the 'veil'...

And they did, but country boys and girls know how to survive.

Not a new book, but information about forthcoming anthologies from Lawdog and Raconteur Press.  He's published a timetable for half a dozen planned anthologies, so if you want to submit a story for inclusion, go read.

And finally, last but by no means least, a few weeks ago I mentioned the first book, "How Not to Shoot Fish, and Other Deer that Got Away", in a two-volume hunting anthology from Cedar Sanderson.  I had a story in that first volume.  She's just published the second volume, titled "The Deer Shot Back, and Other Hunting Tales". 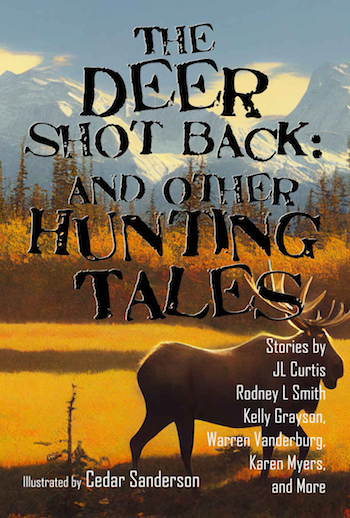 Come for the laughter, stay for the next generation's induction into the ancient art of hunting for the table. Twenty tales of hunting, fishing, trapping, and wilderness adventures will remind you why what was once practiced for survival became a sport, and is coming back around as people remember why we respect the creatures that keep us alive. For one thing, it's the pratfalls that come along with all the serious notions. You can't help but laugh along with these stories of how it went wrong in the most hilarious of ways!

I have to admit, it made me giggle out loud on more than one occasion.  Hunting misadventures appear to be a universal staple!

I've read, and recommend, all the above books.  Enjoy!

Sadly this is the last book in Alma Boykin's "Familiar Tales" series but she has a second series carrying on.

I've either read the ones you mentioned or have them downloaded and in my reading queue.

Thanks for boosting the signal Peter!

This is the last book in the main series, featuring Lelia and Andre, but there will be more books in this world, featuring their kids, and other of the formerly secondary characters.

Thanks for mentioning my book, Peter! That was most kind of you. :)