Of coniferous cephalopods and their ways


I was delighted to learn about a Web site devoted entirely to that hitherto unknown (to me), unsuspected (by me) and (decidedly) unreal creature, the Tree Octopus. The 'My San Antonio' blog reports:

Donald Leu, a researcher from the University of Connecticut, conducted a U.S. Department of Education-funded study of internet literacy among so-called 'digital natives', fabricating the tree octopus to test students’ ability to evaluate information they find on the internet. 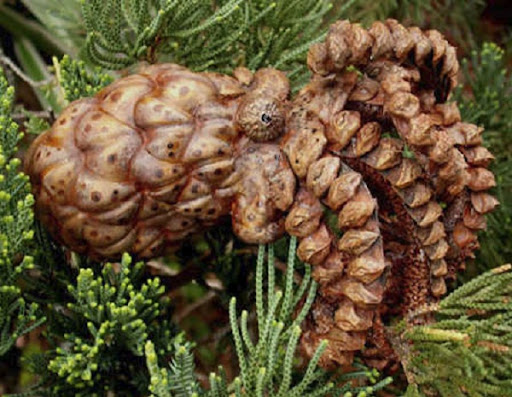 Researchers asked students to find out information about the endangered Pacific Northwest tree octopus. Students had no problem locating a Web site dedicated to the cause, "but insisted on the existence of the made-up story, even after researchers explained the information on the website was completely fabricated", according to a press release.

Most students "simply have very little in the way of critical evaluation skills," Leu said. "They may tell you they don’t believe everything they read on the Internet, but they do." 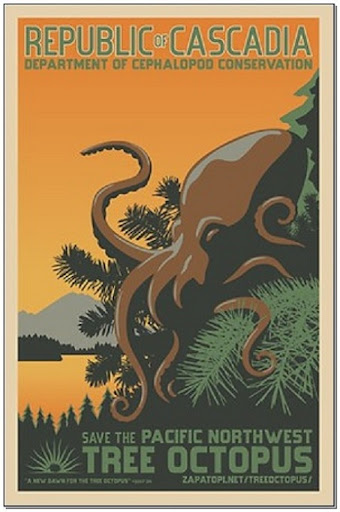 Poster for a campaign to 'Save The Pacific Northwest Tree Octopus'
(image courtesy of Cafepress via http://zapatopi.net/treeoctopus/)

The study also found that students shunned search engines in favor of typing what they think is the right site directly into the address bar, such as Georgewashington.com. When they did use a search engine, they skipped right over legitimate pages "because it didn’t look like what they had in mind," Leu said.

"That’s what children do with their rock stars and their other cultural stars. They are accustomed to typing in the name and adding '.com'. That often doesn’t work for real academic research," Leu said.

I find it hard to stop laughing at the thought of students insisting that the Tree Octopus was real "because the Web says so!", despite their lecturers' assurances to the contrary! It's a wonderful spoof, and a great way to demonstrate to them that there's more to research than a cursory glance through the Internet.

Intrigued, I looked for more information, and found a whole raft of videos on YouTube about this mythical creature, including one purporting to show a monster specimen in a tree, and another showing - of all things - a tree octopus being born from an egg! Clearly, the subject has inspired many people to not only perpetuate the myth, but extend it into realms hitherto undreamed of!

Funny...yet, when you consider the implications for the next generation, very very sad.

Greetings from Texas,
My wife was a teacher in an innercith school just before she retired. Part of her time was in teaching history. Saddly, the kids had no interest in learning history.

In a multiply choice test she ask who bombed England in the Battle of Britton. Twice as many kid chose Japan than chose Germany.

The Wife then got down the globe and showed the children where England and Japan were located. Friday she gave the test again. This time around MORE kids chose Japan.

It isn't that they are stupid, or that they can't learn. They simply don't care and don't consider this sort of thing worth remembering.

Perhaps if they make a Rap song.

The question that arises is: should we trust this "report" about the "tree octopus experiment"? ;)
For all I know it might be falsified...a false report about a false cause ;).

When I was in college, I took a public speaking course. One of the assignments was to make a persuasive speech. I chose to attempt to sway my fellow classmates into signing a petition to ban the evil chemical of Dihydrogen Monoxide. Over the course of about 15 minutes, I explained how DHMO is a chemical used in everything from styrofoam production, to the development of biological weapons. I warned of how DHMO is found in plumbing all across the country and even in schools (yes even the very college we were attending). I explained how DHMO is completely unregulated, how anyone can get a hold of this substance and use it for any nefarious purpose they chose. I explained how in any form, solid, liquid or gas, DHMO was dangerous an associated with sever injury and death.

And I did all of this, while casually sipping from a bottle of water.

In the end, I managed to get all but 2 students in the class to sign the petition demanding that the school administration immediately ban DHMO from campus. Of the two who didn't sign, only one said they didn't sign because I never actually said what DHMO was.

I hope I left those students with a better appreciation for not believing everything that comes from someone who sounds like they know what they're talking about. But I have my doubts. Trust but verify.

A very shameful indictment of our educational system and of parents who would bring their kids up to be intellectual pushovers (aka: morons).

All he best,
GB

Here's a little more information about the study. It really doesn't bode well for our future, or the future of critical thinking.

I traded emails with the researcher, and he sent me a link to the actual paper as presented.