The American political system at work


I've been somewhat amused by the sturm und drang over the repeal, repair, replacement or regurgitation of Obamacare in the US Congress over the past few weeks and months.  In Africa, we'd say it was like the mating of elephants.  Everything goes on at a very high level;  there's a lot of smoke and dust and noise, obscuring the details;  it's dangerous to get too close;  and no results will be visible for months afterwards!

The fact is, this is how our Founding Fathers designed the US political system.  It's deliberately not easy to get a new law passed, and with reason.  There are so many interest groups, pressure groups and opinions in our system of government, all of whom have a say (at least in theory), that it's almost impossible to satisfy all of them.  The Democrats found that out (yet again) when they passed Obamacare in the first place.  The bill was riddled with special provisions for special interests, to persuade individual lawmakers to get on board.  The Republican modification of Obamacare has run into the same issue, and it, too, had to be loaded down with pork here, an exception there, and a modification or several, to persuade individual lawmakers to vote for it.  It scraped home in the House by the skin of its teeth, and may or may not survive passage through the Senate - with all its own special interests and constituencies that will demand their pound of flesh - and then reconciliation between the different provisions of the House and Senate bills.

I can't say that this difficulty in legislating is a bad thing.  For decades, those fed up with the process have taken the opening words of the First Amendment - "Congress shall make no law..." - and said that should be how Congress approaches everything!  Gridlock in the legislative process is nothing new, and every President has had to deal with it.

The real problem is that Congressional gridlock allows the regulatory state - the bureaucrats, administrators and officials who run the government on a day-to-day basis - to insert their own rules and regulations, many of which have the force of law, and which pose a much greater hazard to our freedom than any Congressional law.  Consider this well-known 2013 photograph from Utah Senator Mike Lee. 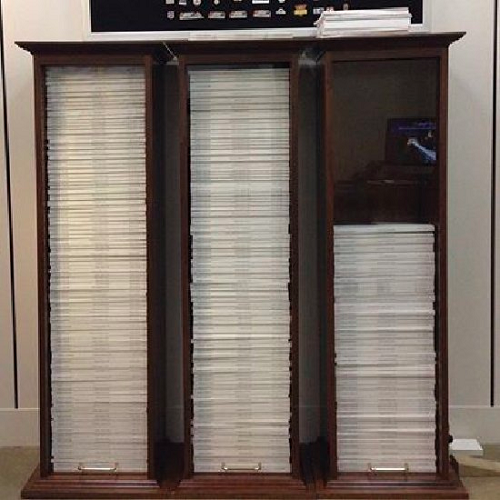 “Behold my display of the 2013 Federal Register. It contains over 80,000 pages of new rules, regulations, and notices all written and passed by unelected bureaucrats. The small stack of papers on top of the display are the laws passed by elected members of Congress and signed into law by the president.”


Says it all, doesn't it?  That's the real swamp in Washington - the one that President Trump has promised to drain.  It's not Congress or the Senate.  It's the bureaucrats - whose number and authority were greatly expanded by Obamacare.  If reining in that catastrophic legislation can reduce both, it'll be a success in my book.  If the proposed legislation doesn't succeed in doing that, it'll fail.  Short, sweet and simple.

Hi Peter! Can you tell us something about how the medical-care system works in S. Africa, land of the invention of modern cardiology?

Like how their government denied the significance of HIV? And the implications that suggests for the folly of allowing the government to make healthcare decisions?

That misses the point. It's an usurpation of liberty. That they proceed to poorly use the choice they stole is less important than that they stole it.

"The bureaucrats are in charge now." - Senator Palpatine

Good thing I wasn't drinking anything when I read that! :)