Sanctuary states and cities had previously tried to force ICE to stop making arrests. Now Biden is giving them what they wanted and making all the country into one giant sanctuary state in blue and red states, in places that want immigration enforcement and those that don’t.

Alejandro Mayorkas, Biden's Homeland Security boss, has issued guidelines for what he deemed to be "protected areas". Renaming “sanctuary” to “protected” does little to disguise what the Biden administration is doing to protect its illegal aliens from arrest and deportation.

The new DHS Guidelines for Enforcement Actions in or Near Protected Areas make it essentially impossible for ICE to do its job by barring arrests in these “protected areas”.

Protected or sanctuary areas are places where illegal aliens can’t be arrested and they include, but are not limited to, any kind of school or college, a medical or health center, any kind of religious area, playgrounds, school bus stops, community organizations, or a protest zone.

And arrests can’t be made in their general vicinity either.

This comes after Biden and Mayorkas had already barred ICE from detaining illegal alien criminals in the vicinity of courthouses making it easy for sanctuary cities to keep releasing them until they finally kill someone, and also barred raids on companies employing illegal aliens.

Mayorkas’ only working definition of Biden’s sanctuary zones is any place where people “receive or engage” in “essential services or activities”. That could be used to cover nearly anything.

Including possibly supermarkets and grocery stores.

Jon Feere, a former senior adviser for ICE, now working at the Center for Immigration Studies, notes how broad the list of protected sites is. "Near a vaccination site (any street with a Walgreens?)" That would potentially cover nearly every single pharmacy in America and the endless variety of other institutions that have been repurposed as COVID vaccination sites.

Not to mention, “any place where children gather”.

Law enforcement personnel are now expected to play a bizarre game of hopscotch and make sure that there isn’t a Safeway, a school bus stop, a church, a food pantry, a community center, a playground, an urgent care clinic, or anything else on a block where they detain an alien.

In a high-density urban environment this is calculated to make detaining illegals impossible.

Mayorkas refuses to provide a full list of sanctuary areas or the legal proximity where arrests can be made.

Beyond arrests, the Biden sanctuary guidelines also rule out, “searches, inspections, seizures, service of charging documents or subpoenas, interviews, and immigration enforcement surveillance”. That means ICE can’t even monitor illegal aliens in a sanctuary zone or serve papers for immigration violations even without any intention of arresting the illegal alien.

The only consistent theme here is that any government, federal or state, has the right to protect illegal aliens from deportation, but has no right to detain and deport the mobs of illegal aliens.

This is nothing less than using the law as a weapon against enforcing the law.  The laws against illegal aliens remain on the books:  but ICE and other law enforcement agencies will be prevented from enforcing those laws in all but the most innocuous of circumstances.  Effectively, the rule of law is being destroyed from within.

This is, of course, unconscionable.  Look up for yourself the number of crimes committed by illegal aliens, who should not be here in the first place, but now cannot and will not be removed unless they are unusually careless.  The death toll is already high:  vehicle accidents, murders, suicides after gross violations by criminals . . . there's a very, very long list of them.  All that will now get worse, almost by the day.

You may despair and say, "Well, what can we do about it?  If the law won't act against them, we can do nothing!"  Actually, there are things we can do.  Think about these possibilities:

Those are just some ways you can take the initiative.  Don't just sit back and do nothing.  Remember Edmund Burke's cogent warning: 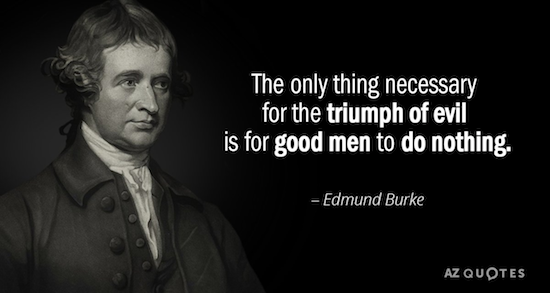 Illegal immigration is evil in itself, in that it's basically human trafficking (so-called coyotes and criminal cartels control and make money out of virtually all those who sneak across the border).  It also gives rise to greater evil in the form of human exploitation, increased crime, and the breakdown of the rule of law.

This, and the "vaccine" mandates go into effect after New Years.

So basically, FedGov is punting on this, and the time when private citizens begin using the Two Ss - Shoot & Shut Up - is approaching every day, anywhere, like a freight train.

Got to have enough voters to overcome the "red wave".

This is a good time to post a reminder of who the bad guys are.
Illegals don't take jobs from citizens. Scumbag citizens give jobs away to cheat on taxes and save money. Restaurants, roofers, landscapers, carpenters and contractors, all rely on illegal labor.

My parasite brother-in-law is an illegal. He's a damn good large vehicle diesel mechanic, a job that pays around 80k to citizens where he lives. He makes $15 an hour cash. His employer has 4 mechanics, none of which are citizens, and the guys fix tractor trailers and heavy equipment 12 hours a day 6 days a week.
I have a low opinion of my brother-in-law, but his employer deserves a terminal case of scabies on his anus.

That's nice for the ones that work. What about Mama, and the seven kids? And gramps and gramm, collecting social security and medicare bennies after never paying a dime into it.
This rapidly turns into a discussion of trying to sort good locusts from bad ones.

Any government that demands that #3 be taken off the table in favor of #1 forfeits all legitimacy, and should not be surprised when #2 and #4 occur with much greater frequency.