I wrote about the Harbin Ice Festival at this time last year. This year's event looks even more spectacular. Click the pictures for a larger view.

If you thought China couldn't put on a more spectacular show than the Olympic opening ceremony, these are the incredible sculptures which might prove you wrong.

Crafted by artists from hundreds of tonnes of ice, this shimmering city completely transforms the chilly streets of Harbin. 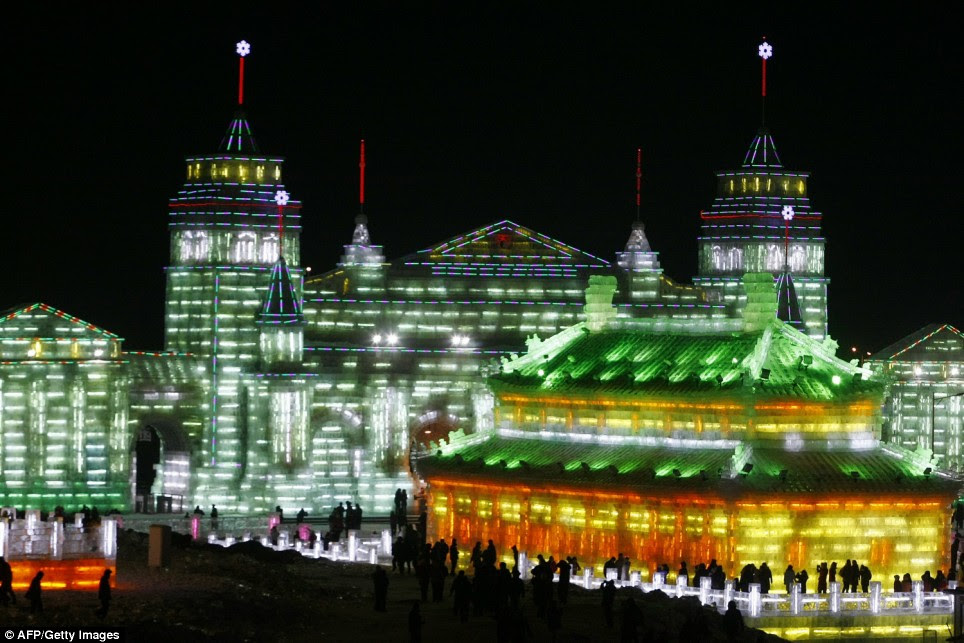 As well as the intricately carved buildings, there are ice-slides, igloos, pagodas and even a replica of Disneyland. 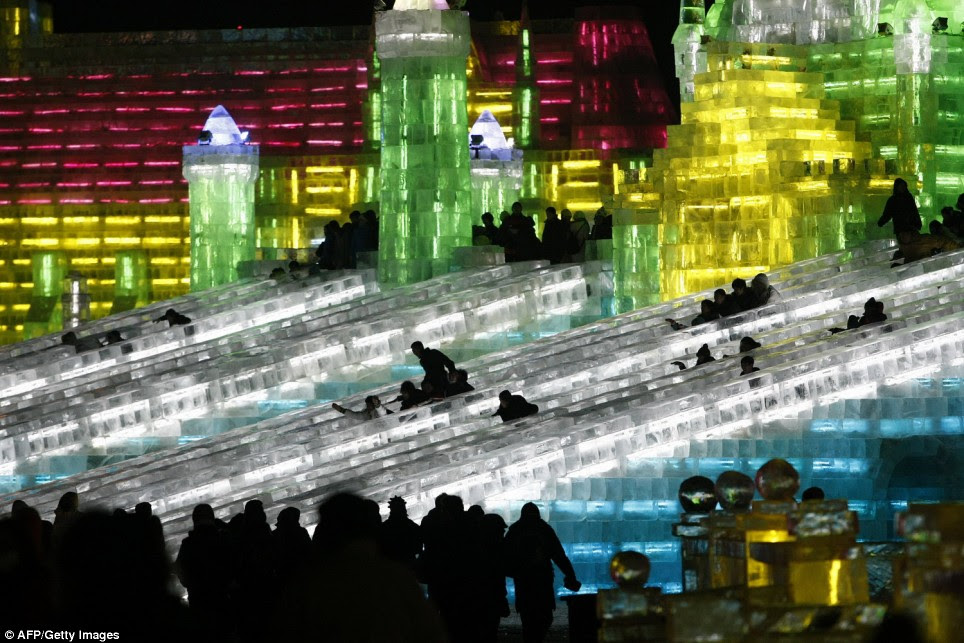 At night the whole complex is illuminated with multi-coloured lights and ice-lanterns.

There is also a 160m high Father Christmas which organisers say is the tallest ice sculpture in the world. 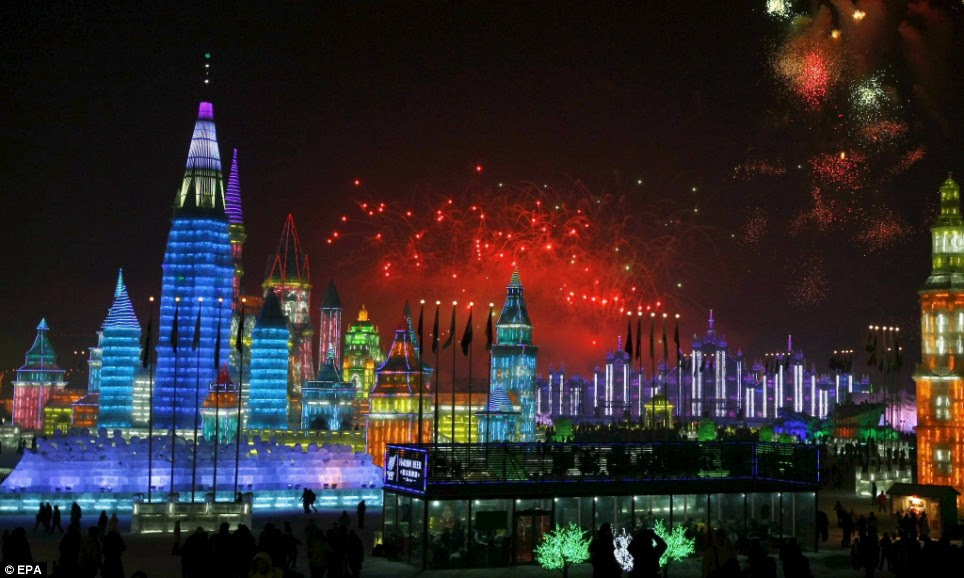 The Harbin Ice and Snow Festival, which is in its 25th year, expects to welcome 800,000 visitors over the next few weeks with the festival expected to close at the end of February, weather permitting.

Harbin, which sits on the edge of Siberia, is one of China's chilliest spots and overnight temperatures are expected to remain below freezing for the next few weeks. 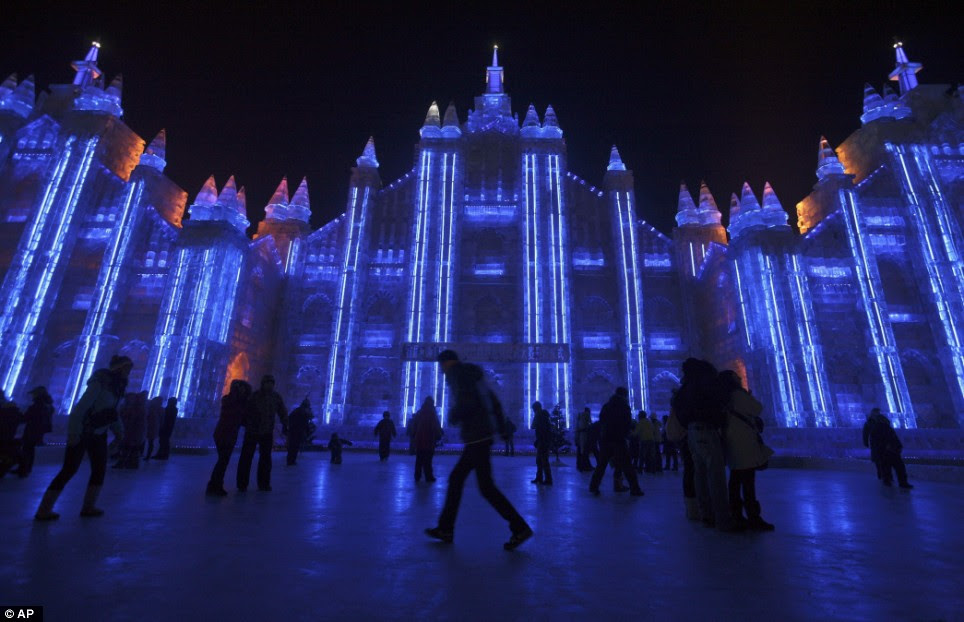 Despite the biting cold, festival goers have also been lining up to swim in frosty pools.

Bizarrely, the event also attracts couples from across China who descend on the city for some very white weddings.

At least 20 couples got married in a mass ceremony earlier this month.

There are more pictures at the link.

That's one festival I have to see before I die!

wow, Peter, thanks for this, it's now definitely on my "to do" list too.