About that low-cost Bowie knife . . .


Last week I asked readers for their advice on the best low-cost, high-value Bowie knife.  Many of you responded, both in Comments and via e-mail, for which my thanks.  I thought I'd mention two particularly interesting responses here, for everyone's information. 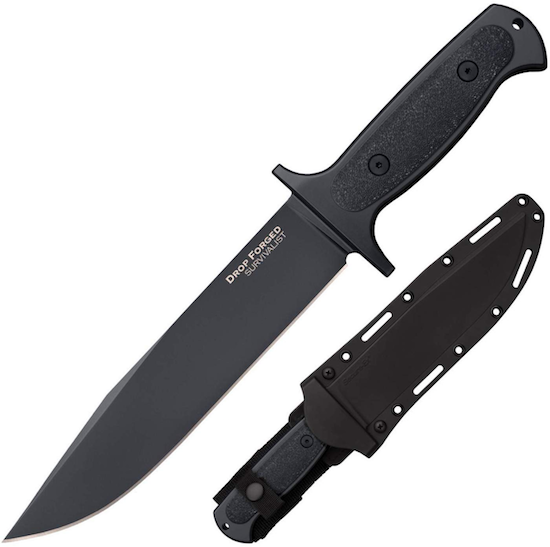 He pointed out that it has an astonishingly high customer satisfaction rating (4.9 out of 5 stars, although with too few reviews for Fakespot to verify whether they're genuine or not).  It's also priced at only ten dollars more than the $50 limit I set in the original article.  He writes:  "I have a Survivalist, and I've been very impressed by it.  It's tough enough to do any camping chore, and handy enough to serve for defensive purposes if needed."  I took the opportunity to handle one this week, and was also impressed.  I'll see about an in-depth evaluation in due course.

Second, reader Barry N. suggested that the combination of a low-cost hatchet and a $10 Mora utility knife (which I recommended in the earlier article) would probably be more versatile than a large Bowie knife alone.  He sent me the link to a video comparison, where this $35 Estwing 14" Sportsman's Axe: was tested alongside this much more expensive ($139) Hults Bruk Almike 16" hatchet:

The video presenter admits that he spent a little time sharpening and re-profiling the blade of the Estwing hatchet, but goes on to demonstrate that after doing so, it was every bit as good as (if not better than) its much more expensive competitor.

That was a pretty impressive demonstration.  I'm not a particular fan of small hatchets (in Africa we tended to use a machete instead, because of its overall greater versatility in that environment), but I can see that to those unaccustomed to machetes, a hatchet would be a better wood-chopping tool, and be easier to use.

I think Barry has a good point.  The combination of a $10 Mora knife (of which I've long been a fan, on two continents) and a $35 Estwing hatchet may well offer greater value for money and overall utility than a $50 bowie knife.  I'll have to experiment with them and find out.  YMMV, of course.

Estwing makes a large variety of very high quality tools, and they are all made in the USA.

My favorites? There are two:

The Carpenter's hatchet, which is just a really nice hammer-hatchet, for about 38 bucks. Nice heavy head, straight handle with their rubber grig.

The Shingler's L hatchet, which is a really nice tomahawk, small straight axe head with a nice hammer on the back side. Again with a straight handle and their rubber grip.

Having naturally sweaty hands, their rubber grip is much appreciated. A friend who hunts likes his rubber grip for lack of slipperyness while chopping rib cages of animals open. I would just assume it would work the same chopping the rib cages of your enemies, after nailing them to their doors.

Either of the two above are really great hand-to-hand weapons. Both are balanced well for hand work, maybe not for throwing, but allow for good control over a wide swing. I keep the Shingler's in my van just in case.