As I've said many times on this blog, I'm politically non-partisan.  I vote for the individual, not the party.  Nevertheless, some politicians are so crass, so ideologically hide-bound, so dead set on getting their way even at the expense of the entire nation, that my blood boils.  The Democratic Party's leadership is behaving that way right now.

Consider these screenshots, excerpts from that party's proposed third coronavirus bailout bill, courtesy of Greg Price on Twitter (to whom a grateful nod o' the head). 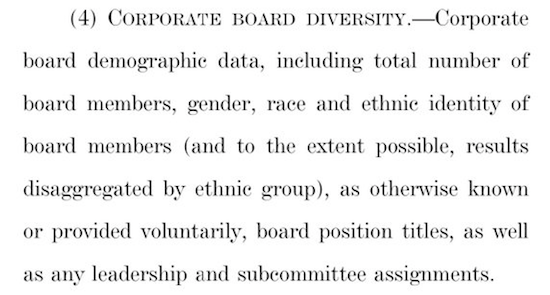 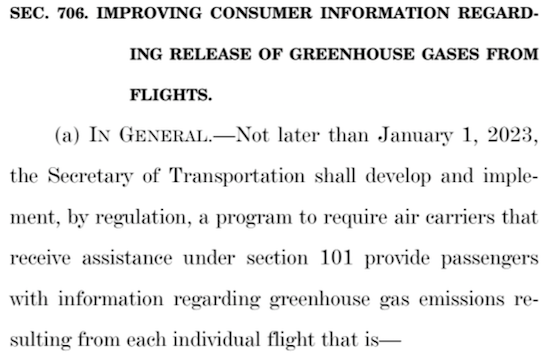 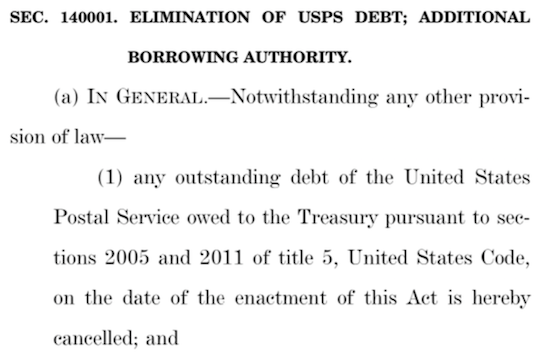 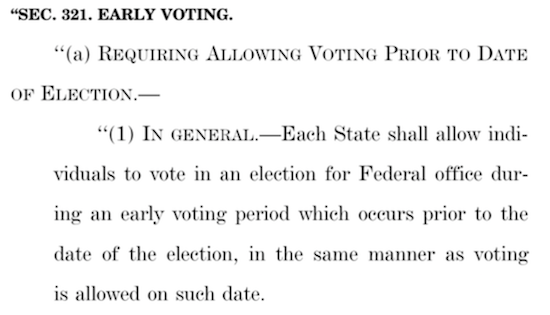 Would somebody please point out to me what (if anything) those points have to do with providing relief to American citizens and corporations from the effects of the coronavirus pandemic?  I'm calling on Democratic voters and supporters in particular.  Come on - precisely how do those points bring relief to Americans who've lost their jobs and livelihoods, and to companies that are about to go to the wall under the impact of this crisis?

Those aren't the only points.  According to a news report, the bill includes "$35 million meant for the John F. Kennedy Center for the Performing Arts in Washington D.C. ... $300 million would be allotted for the National Endowment of the Arts and an additional $300 million for the National Endowment of the Humanities. The bill also provides $100 million for NASA and $278 million for the IRS."  That's a billion or so dollars (out of many more such allocations in the bill) that has nothing whatsoever to do with pandemic relief.

Tucker Carlson describes the situation pungently and accurately.  (Click here to watch it on YouTube if the embedded video below doesn't play.)

What the Democratic Party is trying to do is as plain as the nose on your face.  They're trying to use the coronavirus crisis to force President Trump to accede to their policy demands, or be denied the funds he needs to do his job.  In so many words, the Democrats are daring him to block their efforts, because they think the American people will blame him for not providing the relief we all desperately need right now.  They think they can force him to abdicate his policies in favor of theirs.  They're using the welfare of the American people, society and nation as bargaining chips to get their way.

What Democrats are demanding in their version of the relief bill is an enactment of their party agenda into law.  As PJ Media points out:

So what is really going on? Why did Democrats vote to block the [original] bill, leading to a 47-47 split in the Senate?

A Democratic aide dropped an essential clue when discussing the bill with The Hill. The aide complained that the stimulus bill's small business provision would exclude nonprofits that receive Medicaid from being eligible for Small Business Administration assistance. The aide complained that this provision would impact Planned Parenthood, community health centers, rape crisis centers, and disability service providers.

As PJ Media's Rick Moran pointed out, Planned Parenthood is not a "small business," and neither are nonprofits.

On Monday, a senior Republican aide told Townhall's Guy Benson that Schumer and Pelosi are pushing "unprecedented collective bargaining powers for unions," "increased fuel emissions standards for airlines," and "expansion of wind and solar tax credits." These provisions would arguably make the situation even worse for businesses.


There's more at the link, and more information on the subject in this news report.

I don't say the Republican Party is blameless in this.  Their proposed $500 billion fund to bail out corporations in need, without any provision for reparations from those corporations (like, for example, as we discussed yesterday, the surrender of shares to the government for later sale when the economy has recovered, to recoup some of the taxpayer losses on the bailout), is shameful.  It's doubly so in that they want the fund to be allocated at the discretion of the administration.  I don't think any administration, Republican or Democrat, should be trusted with that much money to spend as it sees fit.  The temptation to reward supporters and deprive opponents would be too great.  In addition, the lobbyists are out in force right now, trying to get their pound of flesh for their clients - including even private jet operators!  As far as I'm concerned, only essential elements of the economy should be bailed out.  Those elements that are luxuries, or not vital to national interests and priorities, should do without.  However, at least the Republican Party hasn't stuffed their third relief bill full of policy proposals that have nothing whatsoever to do with actually relieving the burden on the American people and economy!

In my opinion, anyone who pushes for or votes for this Democratic Party relief bill should be - at the very least - tarred and feathered, then run out of Washington D.C. on a rail.  They should be voted out of office at the next election by outraged constituents.  Personally, I wouldn't care if some were so outraged that they hanged the authors of this bill by the neck from the nearest lamppost.  This is not because they're Democrats - it's because they're betraying the American people by using a crisis that's damaging all of us to pursue partisan political interests.  In so many words, they're defying the President and the administration to surrender to their demands, or do without the money needed to alleviate the damage to the United States that's being caused by this crisis.  If the Republicans did the same, I'd demand their heads as well.

None of [the Democratic Party's] provisions has anything to do with battling the CCP virus or the economic chaos and human misery it has instigated. They all have to do with exploiting a national emergency for the grubbiest of partisan motives. As Sen. Bob Menendez asked: ‘How many times are we going to get a shot at a trillion-dollar-plus program?’

Looking at the public response to this disgusting and heavy-handed effort at political blackmail, I’d say that the Democrats overplayed their hand this time ... I hope that, come November, the Democrats will have ample reason to rue their shameful efforts to exploit a national emergency for partisan gain.

I sincerely hope Mr. Kimball is right about the consequences for the Democratic Party.  It'll be a shameful reflection on the American electorate if he's not.

It's now past time the roots of the tree are refreshed with the blood of traitors. Either metaphorically or literally.

They betray the nation because they are Democrats. They're all traitors. Every last one of them. They have been for generations.

It depends on what the meaning of the word "essential" is, and who determines the meaning, doesn't it?

If a man has a job that provides the pay to support his family, then his job is essential, IMHO.

The Stimulus Relief Bill (by whatever name it's called - there are a couple of them floating around) is dead in the water. They can't pass a "clean" bill that just addresses the problem because there aren't any kickbacks to politicians built into it. And let's face it, you can't become a millionaire in public office without the graft.

So I expect that with the promise of using anti-malarial drugs, etc. to combat COVID-19 and a flattening infection spike, that President Trump will try and get people back to work in April. No bail out necessary. There will be a bone thrown to the airlines, but I don't know what form it will take.

The Trillion dollar opportunity to fund the donkey agenda will have passed.

The early fraud, uh, voting is arguably an anti-virus measure since it would reduce the density (and thus increase the 'social distance') at polling places. 'Course, I suspect that by the time the next voting round occurs the virus will have run its course.

It would actually be better if no stimulus was passed. Seriously. Economic recessions are a reset to the whole system. Legacy companies that are hanging on due to government support will wither and die, others will shrink, still others, like GM, will expand into other markets.

Barring that, no stimulus at all, only a specifically targeted package would be the least damaging.

Anything above minimal funding is just returning to what the Dems are trying to do now.

Watch for it: Democrats sneak in provision to ban lamp posts.

Their proposed $500 billion fund to bail out corporations in need, without any provision for reparations from those corporations (like, for example, as we discussed yesterday, the surrender of shares to the government for later sale when the economy has recovered, to recoup some of the taxpayer losses on the bailout), is shameful.

What's shameful about it? The government right now is literally forcing them to not work and make money. It would be like saying prisons providing food to prisoners is shameful - well you're preventing those people from going out and getting food on their own, so it's up to you to provide.

I mean I'm not happy with all of this - but the one time a bailout is warranted is when the government literally prevents you from earning a living. Or in the case of corporations: prevents you from functioning.

remember, even if you like the personal opinions of a Democrat candidate for congress, they are going to vote Pelosi into power, giving her the ability to do things like this.

If this wasn't the case, I would agree for you and say it's best to vote for the person.

But in the current reality, the Democrat Party is very good at getting everyone to vote in lock-step, so voting for a Democrat is voting for the policies of the extremists who re controlling the Party Agenda.

There are a handful of Democrats who do not blindly vote the party line, but not many of them.

Fucking traitors. That's what they are.

@bart simpsonson: It's not as easy as a binary choice like that.

Let's say that, in an election, the Republican candidate is a two-faced shyster who's immoral, dishonest and corrupt. There's no way I'm going to vote for him: but I don't want to waste my vote. If his Democratic opponent is a relatively honest person, even if I don't necessarily agree with his or her politics, I'll vote for them, on the grounds that a vote should be cast against the greatest evil if it can't be cast for the greatest good.

There are some Democratic Party candidates I'd vote for, because the people concerned are fundamentally good persons. However, none of them are standing for election in my district, so it's a moot point right now.