A happy anniversary to longitude!


The BBC reminds us of an important anniversary this month.

At longitude 0° 0' 00", the arbitrary stroke on our maps that passes from pole to pole and bisects the UK, France, Spain, Algeria, Mali, Burkina Faso and Ghana divides the Earth into east and west, just as the Equator splits it into north and south.

This imaginary line now known as the Greenwich Prime Meridian not only allows us to navigate the globe but also keeps the world ticking to the same symbolic 24-hour clock.

But it has not always been so.

Until the 19th Century, many countries and even individual towns kept their own local time based on the sun's passage across the sky and there were no international rules governing when the day would start or finish.

However, with the rapid expansion of the railways and communications networks during the 1850s and 1860s, setting a standard global time soon became essential.

"The world was in a very big mix-up," explains Dr Avraham Ariel, author of Plotting the Globe. "People had lots of prime meridians. Earlier in Europe there were 20 prime meridians. The Russians had two or three, the Spanish had their own and so on."

And so, 125 years ago this week, 41 delegates from 25 nations gathered in Washington in the US for the 1884 International Meridian Conference to decide from where time and space should be measured.

By the end of the difficult summit, which, according to Dr Ariel, dragged on until "smoke came out", Greenwich had won the prize of longitude 0º by a vote of 22 to one, with only San Domingo against and France and Brazil abstaining.

The meeting also agreed Greenwich Mean Time (GMT) would be used as the standard for the world, with the day beginning at midnight at Greenwich and counted on a 24-hour clock.

One of the main reasons for British victory over key rivals Washington, Berlin and Paris, was that 72% of the world's shipping already depended on sea charts that used Greenwich as the Prime Meridian, says Dr Rebekah Higgitt, curator of the history of science and technology at the Royal Observatory in Greenwich.

Greenwich's reputation among seafaring nations and the wide range of maps and charts using Greenwich as the Prime Meridian meant those at the conference "could see that was the way it was going", she says.

Another factor in Britain's favour was that the US had already plumped for Greenwich as the basis for its own national rail time system.

But, as the San Domingo, French and Brazilian votes showed, the choice was not without its opponents.

There remained some desire, particularly among Britain's European competitors, for "something more neutral" - a location that did not have such national ties, Dr Higgitt says.

"France suggested using an older idea of a meridian running through the Canaries - and even after the 1884 conference, Jerusalem was suggested as a site, particularly by Italy."

Yet while the conference's Greenwich decision has stood until this day, the ultimate aim of some of those at the conference - a simple centralised system of 24 uniform time zones for 24 hours - never came into being. 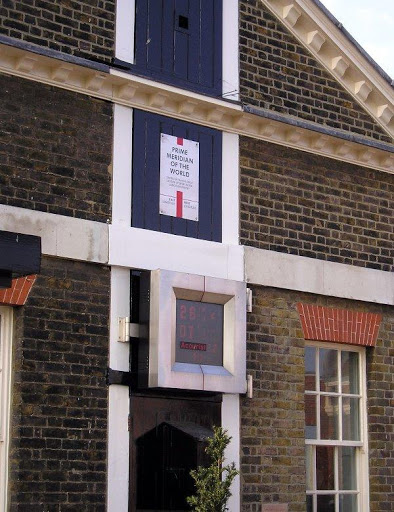 Over the years, many countries have opted out of the system to demonstrate national independence, keep in time with neighbours or maintain standard days within their borders.

As recently as 2007, Venezuela's president Hugo Chavez shifted the entire country back half-an-hour, while other countries operate similar fractional zones - half-hour or quarter-hour deviations. Yet more, such as China and India, use single time zones even though their territory extends across many hours.

"These things come up. Sometimes it's popular will or sometimes it is government choice," says Dr Higgitt.

Since the 1960s, atomic clocks rather than astronomy have been keeping the world's time and have forced GMT to adapt.

The combination of atomic clocks' super-accurate measurement and the fact that the rotation of the Earth is irregular and slowing mean atomic time and Earth time - and therefore GMT - slowly drift apart.

To keep them in sync "leap seconds" are added and produce a compromised version of GMT called Coordinated Universal Time, which keeps atomic time tied to the Earth's rotation.

On top of such changes to GMT, the advent of GPS technology and its ability to precisely track location has also had its impact on Greenwich as the zero point of longitude.

GPS's World Geodetic System 1984 system now places the Prime Meridian 100m to the east of Greenwich Observatory - away from the line defined by its large "Transit Circle" telescope and its corresponding brass strips straddled by tourists eager to have one foot in the East and one foot in the West.

Interesting to note that back in 1884, Britain really was 'Great' Britain, and her 'right' to host the Prime Meridian was almost unquestioned (except by those who resented her world leadership). Just imagine the fuss if that conference were held today, and every nation could put its case for a national meridian of its preference! My guess is that Mecca would win, as it'd have the support of every Muslim nation.

"Coordinated Universal Time is abbreviated UTC. The International Telecommunication Union wanted Coordinated Universal Time to have a single abbreviation for all languages. English speakers and French speakers each wanted the initials of their respective language's terms to be used internationally: "CUT" for "coordinated universal time" and "TUC" for "temps universel coordonné". This resulted in the final compromise of using "UTC".