I bet the pilot and weapon system operator are answering some tough questions about this incident.

A military fighter jet has dropped a replica bomb on to the roof of a working factory during a flight in Loiret (Centre-Val de Loire), injuring two people.

The Dassault Mirage 2000D jet [an example of which is shown below] had taken off from an airstrip in Nancy (Meurthe-et-Moselle), and was flying over a factory in Nogent-sur-Vernisson at around 15h20 on Tuesday April 10, when witnesses heard a loud bang. 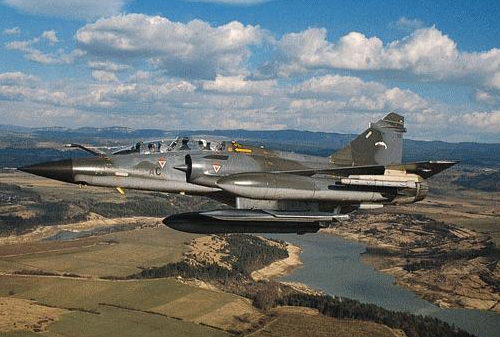 It later emerged that a replica “bomb” had fallen off the plane and hit the Faurecia automobile parts factory, slightly injuring two victims who were working on the assembly line.

The bomb - used as a stand-in for the real thing in training exercises - was made of metal and plastic, and contained no explosives.

One can almost hear the other workers on the assembly line:  "When we said 'Strike', this isn't what we meant!  We're working as hard as we can!  Stop bombing us already!"

Then there's the woman that almost got sucked out of a Southwest 737 due to engine explosion: http://www.dailymail.co.uk/news/article-5626379/Southwest-Airlines-flight-makes-emergency-landing-Philadelphia-engine-blows-out.html

I remember a fatboy hitting the ground from that parked flying fortress at SAC. All the above ground buildings shifted a bit.

I remember thinking that the concrete held up rather nicely, given the metrics. Hell, the DEFCON stayed level.

Took that practice run a little too literal did they?

They're Frenchmen we're talking about.

What makes anyone think a bomb casing with metal and plastic and no actual explosives isn't one of their regular warshots?