Here's an excerpt from the third volume of the military science fiction trilogy I'm getting ready to publish.  I put up a teaser from the first book a few months ago, followed by a teaser from the second book.  Here's an earlier version of the cover for the first volume, which will be further modified before publication. 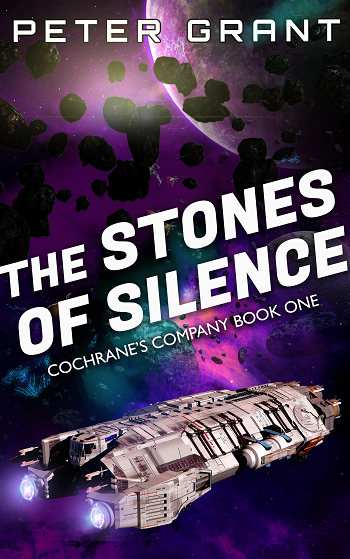 I've been hard at work on the series for five months now.  God willing, the first volume will be published in less than a month from today, and the next two volumes will appear at approximately 30-day intervals.  To keep your interest, here's a teaser excerpt from the third volume.


I'm over 50,000 words into the third book, more than half way.  The first and second books are complete, and I'm incorporating edits and changes suggested by alpha and beta readers.  I'm getting excited about the forthcoming launch.  I hope you enjoy the trilogy.

Labels: Books, Entertainment, Me me me, Men At Work, Space, Writing
Email ThisBlogThis!Share to TwitterShare to FacebookShare to Pinterest

I missed the first two teasers. Fortunately, the question I had was answered immediately in the first post.

Just saw that the muse snuck up on you and you couldn't get it out of your mind....that's how we got John C. Wright's Iron Chamber of Memory and John Ringo's Ghost.

Excellent and the cover art is amazing!

Sounds!! A whole trilogy in a few months. This is worthy news indeed. Once again my budget takes a hit, joyfully.

Maybe you want a period effect? If it's done deliberately then fine, that's a defensible choice.

If not then certainly my first reaction is that the story is full of rabbits called smeerps.

We have a synthetic material for holsters today. A material commonly called Kydex not synthleather. Rail guns are still called guns not pulsers.

Not to say that exotic backgrounds and material drawn from places unknown to some/many/most of your readers hurt an SFF story. Still knowing what I do of your background and blog I'd look for a theme of Et in Arcadia Ego to balance death with Arcadia

I'd think your advantage as a writer would not be in sense of wonder and exotic weapons in exotic places but in conveying a better sense of universals. Maybe not.

What happened to the 3rd book of the Laredo trilogy? If you addressed this elsewhere I missed it. Thanks.

@Joseph Mcdermott: It's coming. I hope to have it completed later this year or early next year. Life, the universe and everything else got in the way.

I don't do teasers if I can possibly avoid it. Unless you count "Peter Grant has a new SF series coming out." :-)