Ever heard of a 'curse tablet'?


I hadn't, until I came across this article at Lapham's Quarterly.

Lacking performance-enhancing drugs, ancient Olympians turned to sorcery to gain an unfair competitive advantage. Athletes visited professional scribes to commission curse tablets, which needed to be buried within the sports arena to benefit from the utmost magical efficiency ... The Persian general Chosroes supported the “Green” chariot team and had this spell created against Roman emperor Justinian’s favorite “Blue” team:

A curse tablet ... is a type of curse found throughout the Greco-Roman world, in which someone would ask the gods, place spirits, or the deceased to perform an action on a person or object, or otherwise compel the subject of the curse.

These texts were typically scratched on very thin sheets of lead in tiny letters, then often rolled, folded, or pierced with nails. These bound tablets were then usually placed beneath the ground: either buried in graves or tombs, thrown into wells or pools, sequestered in underground sanctuaries, or nailed to the walls of temples. Tablets were also used for love spells and, when used in this manner they were placed inside the home of the desired target.

The texts on curse tablets are typically addressed to infernal or liminal gods such as Pluto, Charon, Hecate, and Persephone, sometimes via the mediation of a dead person (probably the corpse in whose grave the tablet was deposited). Some texts do not invoke the gods, however, but merely list the targets of the curse, the crimes or conditions upon which the curse is valid, and/or the intended ill to befall them. Some tablets are inscribed with nothing more than the names of the targets, leading to the supposition that an oral spell may have accompanied the manufacture of the curse.

Hmmm . . . I was the 'victim' ('target' would be a better word, I suppose) of a death curse when I worked as a prison chaplain.  I described the incident in my memoir of those years.

It involved a self-proclaimed Satanist and ‘warlock’. He tried to wheedle me into arranging a number of special privileges for him. I refused, of course — there were no circumstances under which I could justify them. He wouldn’t take no for an answer, and tried threats. Those didn’t work either. (When you’ve been threatened by experts, you get used to it very quickly — and he was no expert!) Frustrated, he finally promised he was going to see to it that I was ‘sorted out’. I took this to mean that he would arrange for some inmates to assault me when I was on the compound. I discussed it with the authorities, who tightened up surveillance, and we waited. 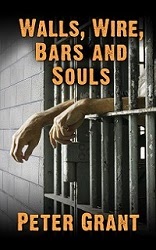 It didn’t take long for word to reach us through informers. He’d bragged to others on the compound that he’d cast a ‘death spell’ upon me. He confidently prophesied that I’d be dead within thirty days. I grinned, and carried on as normal. As time passed, his predictions grew louder (and more desperate) as I continued to portray the picture of good health whenever I came to the prison. (I took care to walk around openly, to demonstrate the fact.) As the deadline approached he became frantic, and tried to bribe a prison gang to attack me. Unfortunately for him, gang leaders knew all too well that visiting Chaplains such as myself were their lifeline in the event of family problems. Some of them had needed such assistance in the past. They passed the word that any attack on any Chaplain, visitor or otherwise, would meet with their vigorous and extreme displeasure. The inmates got the message loud and clear. The attempt fizzled, the deadline passed, and I was still alive.

This curse-casting cretin now had problems of his own. Not only had his credibility been shattered by my selfish refusal to fall down dead, but certain over-credulous inmates had taken his boasting seriously. They had paid him considerable sums to cast ‘death spells’ on other convicts and staff whom they regarded as enemies. Since his curse against me hadn’t worked, they were now wondering whether their investment had been well-advised. Sure enough, the deadline for those deaths also passed without so much as a head cold among his intended victims. He ended up requesting protective custody in the Hole, and was eventually transferred to another institution. There were too many angry inmates wanting their money back for him to dare show his face on the compound ever again.


Well, if he used a 'curse tablet', I'm delighted (although not surprised) that it didn't work!

I've heard of the curse tablets, and seen a few in museums, but then I hang out with Latin-nerds, and we tend to glom onto odd stuff.

Back in my more liberal days, my wife and I used to rent a spare room to 'friends of friends.'

After one roommate crashed and burned (not literally burned) and we evicted her, I was cleaning the freezer and found a full chicken in the back. One of my 'wiccan' friends said it was a curse against us. So I fought back the only way I knew. I went to her (the ex-roommate) and told her I don't do witchcraft. That I was Roman-Catholic, and there was only one way for a good RC to break an evil spell. Simple answer was 'one cord, one witch.'

Word got back to me later that no 'wiccan' was ever going to cross me again.

Take two of these and curse me in the morning?

It seems that professional curses were a thing in Rome.

I'm grateful to read stories like this. They show how much Christianity has rationalized and moralized Western thinking.

A lead tablet in your neighborhood well would be bad for everyone's health.