The devil's in the details - naval edition


The old idiom "The devil's in the details" has, in my experience, been proven true time and time again.  The "big picture" may look fine and dandy, but there's always something, some little detail that's escaped attention, that can screw it up to a fare-thee-well.

The Norwegian Navy learned that the hard way last year, when its frigate Helge Ingstad collided with another vessel, and subsequently sank. 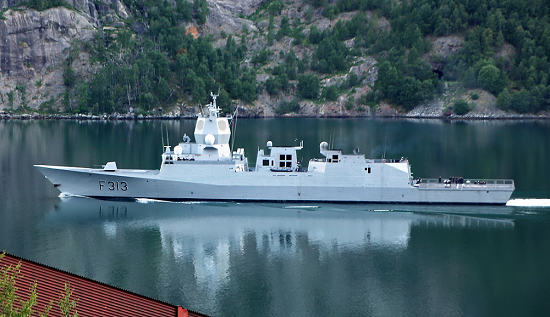 (Above image courtesy of Wikipedia) 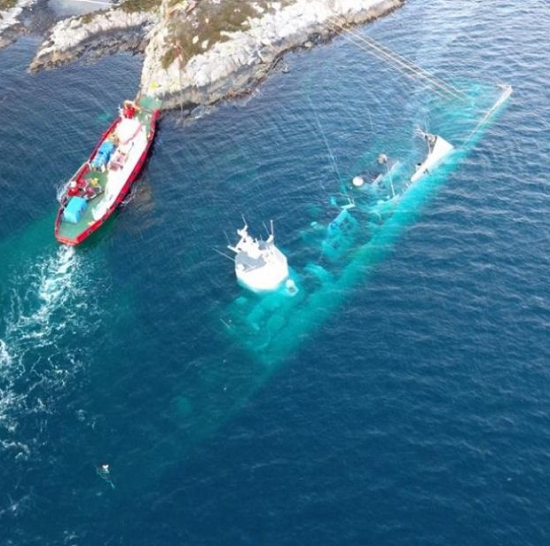 The subsequent inquiry revealed that after the collision, the watertight compartments of the frigate functioned as intended . . . except for one crucial detail.

While there was some uncertainty as to whether the steering engine room, the aftmost compartment, was also filling up with water, the report states that the crew definitely found that water from the aft generator room was running into the gear room via the hollow propeller shafts and that the gear room was filling up fast.

From the gear room, the water then ran into and was flooding the aft and fore engine rooms via the stuffing boxes in the bulkheads.

Based on the findings, AIBN has recommended Spanish shipbuilder Navantia, the vessel’s designer, to look into the issues identified during the investigation and to determine whether this was also an issue with other vessels.

Uh-huh.  The "technologically advanced" hollow propeller shafts may have been as much of an advance as claimed during normal operations;  but they had to penetrate more than one watertight bulkhead to get from the engine-room to the propellers.  When the shaft(s) was/were breached by the collision and/or the subsequent grounding of the frigate, inrushing seawater had a clear path from one compartment to the other, effectively destroying the ship's watertight integrity and leading to its total loss.  The cost of repairing it will be greater than the cost of a new ship, so it'll be scrapped.

I wonder how many other modern vessels have incorporated this technology?  After the experience of the Norwegian Navy, how many of them will have their "advanced" hollow propeller shafts replaced with the good old-fashioned version?  Is that even possible, given that a ship's propulsion systems are a series of machines finely tuned and adjusted to work with each other?  Can the engines handle the increased mass and inertia of heavier, solid shafts?  If they can't, those ships will have to live with reduced watertight integrity.  That's not going to make their crews happy . . .

Knowing about those prop shafts, I'd refuse to set foot aboard.

Naval propulsion shafts have been hollow for many years. There is a considerable strength to weight advantage, and the shafts are quite long.
Some are filled with sand. For the last 40 years or so they have been used to route compressed air to the screws as part of a noise masking system.

Any damage bad enough to break the shaft is going to be a serious problem, as a broken shaft can rotate and thrash about, doing trememdous damage.

It can also slide out, leaving a rather large hole from stern to engine room, or at least from stern to point of break (if one is lucky). That happened on USS Tullibee. The main propulsion shaft broke and started to slide out the rear of the boat, though the shaft being hollow was not the cause of that. Quite a bit of terror for those involved, though they managed to save the boat.

Alright, maybe hollow shafts might well have been around for a LONG TIME. Alright. Makes some sense. No need to move central mass, just no need for central conductor for skin-effect AC. BUT... "hollow shaft"... damnit even *OX* realize that is a fancy name for "pipe." Seal the pipe!

Water jet propulsion? I once too a ferry across the English Channel and IIRC it was powered by multiple jets. The wake off the stern was impressively tall. I have no idea how efficient they are, but they're sure fast.

I think the stuffing boxes will actually be the bigger issue, as those also penetrate decks... Hollow prop shafts have been around for years, and do have 'other' uses, like masker systems, etc.

The shaft of Nimitz class carriers are hollow and filled with orange sand. I do think that they are partitioned, though. The shafts have a large diameter. If I remember correctly, they are about three feet across, but it HAS been nearly 40 years, so I might be off a bit. I know that they are large enough that some of my fellow crew members would run on top of them like lumberjacks while the shafts were turning at low speed. You just had to get off quickly if they rang up a fast bell.

Wait... why is that work barge attempting to push the island away from the frigate? :P

Partitions (blanking plates) inside the hollow shafts should be a no-brainer. If you are running an air supply through them, use one-way valves at the partitions.

Should be possible to design a blade closure setup on a stuffing box that slides closed if the shaft is withdrawn. Might not get a perfect seal, but would certainly make a heck of a difference in water inflow.