Saturday snippet: A doofus in Africa


This isn't your typical "Doofus Of The Day" incident.  It's a tale from about forty years ago, when yours truly was still young, sweet and innocent.  (That's my story, anyway, and I'm sticking to it!)  I came across it while re-reading the late Brigadier-General Dick Lord's excellent book "From Fledgling to Eagle: The South African Air Force during the Border War". 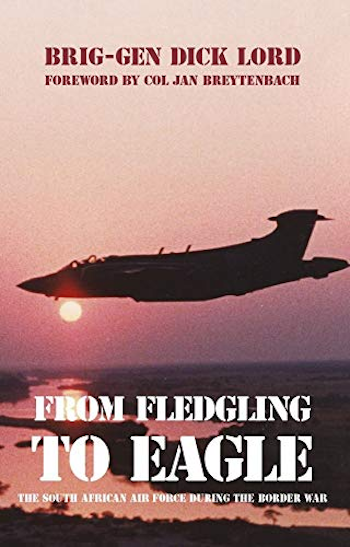 The story made me laugh just as hard as it did the first time I heard it, so I thought you might enjoy it, too.  It became something of a legend among troops on the border between South West Africa - now Namibia - and Angola, in the category "Don't be like that guy!"

An army patrol urgently required a helicopter to airlift a section member to hospital and we immediately tasked a Puma to fly to the scene. Casevacs were daily occurrences during the war and always received top priority. I considered it important to receive feedback on patients in order to inform the aircrews who had carried out the various flights.

At the order group the next morning I asked the doctor about the condition of this particular casevac. He told us that just about everything that could have been broken in the soldier’s body had been broken. The good news was that, being young and fit, the patient would recover fully after a lengthy period of rehabilitation. The doctor then explained exactly how the injuries had been inflicted.

The youngster was only nineteen years old. He had started his national service straight from school and, like me, was on his first bush tour. He was a city boy, raised in the bright lights of Johannesburg. Being in the PBI (‘poor bloody infantry’) his introduction to the war was as a member of a ten-man section assigned the laborious task of patrolling a designated area of the border. The novelty of being in the bush, similar to the anxiety associated with a first live patrol, soon palled as they trudged kilometre after kilometre through the sand and heat, to be replaced by the fatigue only foot soldiers really understand.

Silence is a prerequisite for a patrol. No metallic clinking or other noises are permitted. The enemy must not be forewarned—surprise being a principle of war. Towards noon the sun’s heat was nearing its maximum, exacting its toll on the stamina of the soldiers. Walking quietly in a tactical-spread formation, they entered an area of thick bush looking for a place under the shade of the trees where they could take a much-needed rest.

‘Sol’ or ‘Spike,’ as the sun was referred to by the troops, also sapped the energy of wild animals and they too sought refuge from the burning rays. With the same thought in mind as the soldiers a lone elephant had found an ideal spot in the shade of a kameeldoring tree and gone to sleep. Unlike humans elephants sleep standing upright, only the slightest to-and-fro sway of their enormous bodies indicating their state of repose.

Approaching soundlessly, the soldiers discovered the elephant had obtained first choice of the available shade. Not wanting to awaken the slumbering behemoth the patrol leader made signs for his men to withdraw, which they duly did. Once out of audible range the soldiers discussed their discovery. They knew that no enemy could be in the vicinity and they could relax for a while. During their break our ‘casevac’ produced an automatic camera from his rucksack. Cameras were forbidden in the operational area, for security reasons, but our city boy wanted to record his experiences for posterity.

He decided he wanted a photograph of the pachyderm but desperately wanted to be included in the picture. Mother and the girlfriend were bound to be impressed. He asked one of his buddies to hold the camera and, not wanting to awaken the elephant, asked him to take the picture only when he mouthed the word ‘now’.

Approaching from the rear he crept towards the creature, ensuring he remained downwind. The midday heat is intense in those latitudes and Jumbo was sound asleep. Excitement among the rest of the soldiers was reaching fever pitch as our boy moved closer and closer. He reached a position that was, in the eyes of the rest of the section, much too close for comfort, or safety; they were unable to shout a warning for fear of disturbing the animal.

The excitement and success of his stalk aroused the daring spirit of our boy. To the dismay and horror of the rest of his section, while turning round to pose, he lifted the elephant’s tail and silently articulated the word ‘now’. I agree it would probably have made a wonderful snapshot, but I wasn’t there. However, the elephant was and disagreed with the whole silly idea; he awoke immediately his tail was lifted. Presumably, this very rare occurrence has that effect on wild animals.

The elation of the moment was spoilt by the spiteful reaction of the elephant; it proceeded to extract revenge on the would-be model. The rest of the soldiers, firing into the air, chased the animal back into the bush but not before the beast had broken “just about everything that could be broken”.

I can report, with relief that not only was my first ‘casevac’ successful but the doctor’s prognosis of a “full recovery” was correct.


I'm glad he made it - he was very lucky indeed!

If you enjoy military history, and/or are an aviation buff, "From Fledgling to Eagle" is a very interesting book, covering an Air Force, a war and a period of history that's not often discussed outside the countries where it happened.

Of further interest to US readers is that Brig-Gen. Lord served in the Royal Navy's Fleet Air Arm as a carrier pilot before he joined the South African Air Force.  He did well enough to be given a tour of duty as an instructor at the US Navy's famous "Top Gun" aerial combat school.  There, he helped write that service's manual on Air Combat Manoeuvring.  He brought all that knowledge and experience to the South African Air Force, where it was welcomed with open arms.  He wrote about his life and military service in another book, "From Tailhooker to Mudmover: An Aviation Career in the Royal Naval Fleet Air Arm, United States Navy, and South African Air Force".  That one's also worth reading.

Hysterically funny, but amazingly normal for young, courageous, and foolish infantry (and aviators for that matter). Who else would storm the beaches at Normandy, but men like this??

Welp, I'm betting that particular individual never did THAT again... :-)

Of course, this story begs the question: Did the guy with the camera get the photo?

This is where Darwin Award stories come from.