Full marks for creativity to the artist who designed this brooch.  A tip o' the hat to Phlegm Fatale for sending me the link. 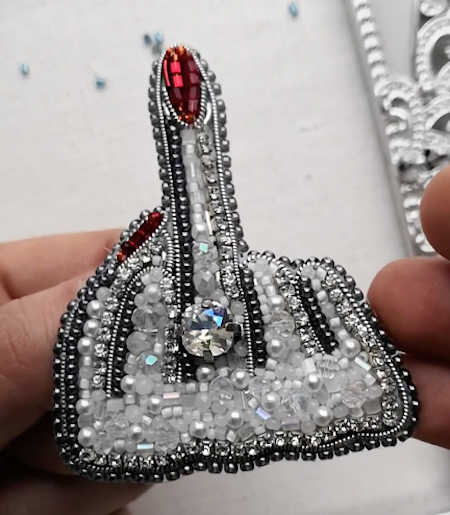 It's certainly original.  I can think of all sorts of situations where a lady might wish to wear something like that, to display her contempt for proceedings, but in a non-verbal and artistic way.  As one commenter said of it, "[I] want it implanted in my forehead".

The Three Percenters logo has long since been branded as "racist" or "extremist", so it's fallen out of favor.  Perhaps this might serve as the foundation for a suitable replacement?  It could be produced as jewelry, in camo sew-on or velcro patches, etc.  It would simply and eloquently express its wearers' opinion of "woke" culture and politics.

For gentlemen, a tasteful lapel pin of perhaps an inch or less in height, in platinum, gold, silver, or brass, with a couple of accent gemstones in diamond and ruby, would accomplish the same purpose.

"BFYTW" imprinted across the knuckles would be an excellent touch.