A good second novel to rival his first

A couple of years ago, I mentioned that my friend Jason Fuesting had published the first book in his "Echoes of Liberty" series, a military science fiction novel titled "By Dawn's Early Light". 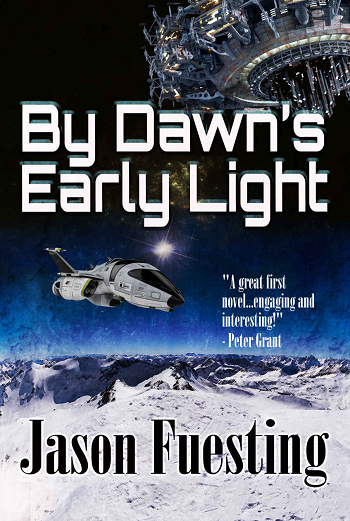 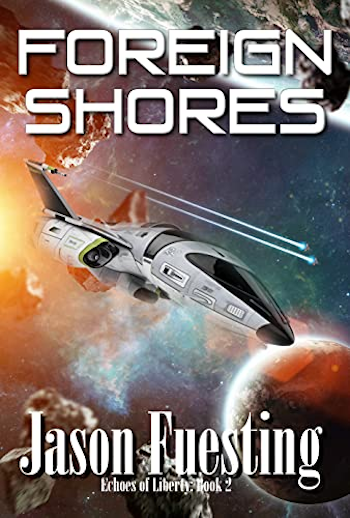 Eric's escape from Solitude quickly turns into a desperate attempt to leave Protectorate space altogether. Where can they go that takes them beyond the reach of the Protectorate's State Security Bureau? They have only one chance to find out and it's too late to turn back. Eric and his crew will visit exotic, distant locales, meet new people, and kill them. Enemies both old and new will try to stop them every step of the way while newfound friends help from the shadows. Freedom has never been closer, but neither has the SSB.

It's a driving, high-tension novel that I'm finding very enjoyable, with some unforeseen twists and turns that keep me guessing.  It can be read stand-alone, but you'll enjoy it more if you've read his first book, to set the scene.  Recommended reading.

Excellent novels! I enjoyed them!

I just want to know : do they go back and get the ship they found!?

Just grabbed the 2nd one!

Just downloaded both of them.

Just ordered the first one in the series. I must have missed your recommendation the first time around. I'll give'm a go. Thanks!

Enjoyed the first one years ago. Glad the sequel finally is out. Might need to reread the last few chapters of #1 before starting #2.

@Mordineus - They do, for a bit in book 2. Book 3 is a fairly large change of focus for Eric, so the Gadsden is on the "To Do" list, but there's too much on his plate. Book 3 does move the ball forward as far as the Gadsden is concerned, but it's probably not as big a move as people would like. Provided things stick to the planned outline, the Gadsden will have a much larger part in book 4.

Also, for the folks here, I know I apologized in the foreword for book 2 about how long it took already... but I really am embarrassed at how long it took to get that out. One part "The last year of my physics degree took a *lot*, one part "Muh unnamed respiratory viral infection", and the like.

I'm *HOPING* that things don't get jacked up worse, but if they don't, I should have 2 more books by the end of the year. Book 3 is one of them, the other is an urban fantasy book I've had a friend summarize as "What you'd get if a younger John Ringo stole Jim Butcher's homework." I don't think I fill those shoes, but *shrug* That does seem to fit the style of the book anyway.