Without class, without compassion and without a clue

Two reactions to the Uvalde shooting, and the murders of 19 elementary schoolchildren, made me see red yesterday.

The first came from former President Obama (although, to be fair, he may not have made these tweets personally:  they may have come from a person on his staff - but if so, he needs to disown and fire that person at once, if not sooner).  Click any image to be taken to the source tweet. 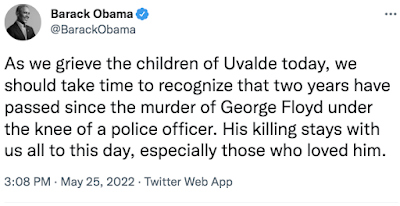 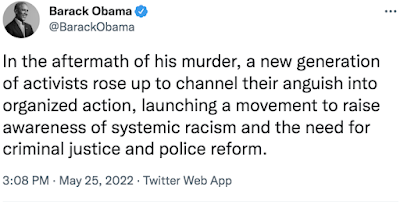 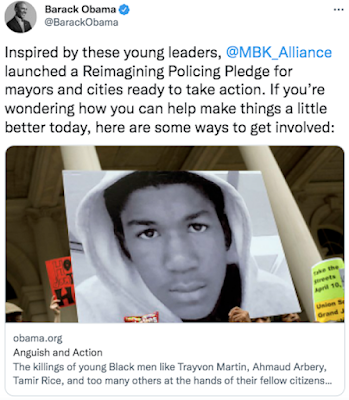 To tap-dance in the blood of innocent children, by treating their murder as nothing more than a political opportunity, is so crass that I'm at a loss to find words to describe it.  (Well, I can find words, but they're not the sort I'd publish on a family-friendly blog like this!)  If President Obama actually wrote these words, he needs to be publicly condemned and pilloried for being an out-and-out asshole.  If he didn't, the person on his staff who wrote them needs to be ditto, and fired as quickly as possible.  In either case, an abject public apology is the least he can do.

The second reaction came from would-be Texas governor Robert Francis O'Rourke, who, to make himself sound more Hispanic, has adopted the moniker "Beto".

O'Rourke ... approached the stage where Abbott, Lt. Gov. Dan Patrick, Sen. Ted Cruz and others were gathered and directed his ire at the man he will face in November's election.

"This is on you until you choose to do something," O'Rourke told Abbott.

O'Rourke's remarks were quickly drowned out by those on stage with Abbott.

"You're a sick son of a bitch," Uvalde Mayor Don McLaughlin yelled at O'Rourke, adding, "It's on assholes like you!"

Cruz, who had narrowly defeated O'Rourke in 2018 in a hotly contested Senate race, also shouted him down on Wednesday.

"Sit down and don't pull this stunt," Cruz said.

O'Rourke continued a back-and-forth with those on stage, but security at the venue soon escorted him out.

One might think O'Rourke's "outrage" was genuine, until one learns that he had seat-warmers keeping chairs open for him so that he and his party could get close to the stage without security noticing until it was too late, and had photographers and reporters standing by to record his "outrage" for posterity (and for use in his election campaign).

I'm going to use O'Rourke's and Obama's comments as a litmus test for the forthcoming elections.  Any candidate who approves of them, or echoes them, is not worth my attention or my vote.  Anyone who approves of such utter lack of class and compassion is nothing more or less than a waste of oxygen, IMHO.

The Left is in an echo chamber.

I wonder if the Texas shooter will be labeled a “White Hispanic” now.

Amen and amen.
I did notice that one of the media's photos of the perp had been lightened up.
Dude was a sick puppy; an Hispanic sick puppy, but nevertheless a sick puppy.

Beto just confirmed he will never get elected dog catcher in Texas...

Sickening and disgusting. And then they complain about President Trump's "mean tweets".

This plays for the hard blue donks in Austin and so "Francis" can get his "ActBlue" money. The hard blue donks will applaud this because they are all about confrontation, class and decorum don't mean anything unless it can score political points for their side. To everyone else, "Francis" lost massive standing.

I remember when O’Rourke ran for senate and said “Hell yes, we’re coming after your guns.” And then, when he lost, he ran for governor saying he no longer wanted to take away anybody’s guns because, obviously, that wouldn’t fly in Texas. I don’t think he expects to win the election for governor now, unless he believes that people were having a hard time distinguishing his platform from governor Abbott.

Perhaps he’s hoping to run for president soon and thinks he needs to be anti-gun again. Even Bernie Sanders had some trouble for not being sufficiently anti-gun. But if anybody wasn’t sure, at least O’Rourke has shown he has no actual principles on the question. He’ll say whatever he thinks is politically expedient.