His Majesty's Australian ship (HMAS) Sydney was a modified Leander-class cruiser launched in 1934 and commissioned in the Royal Australian Navy (RAN) in 1935. She was the second vessel to bear that name in RAN service and was often referred to as the Sydney II, although the latter numeral did not form part of her official name as far as I know. (Click the picture for a larger view.)

She was armed with eight 6" guns in four twin turrets and four single 4" guns, plus torpedo tubes and a Supermarine Walrus amphibious scout aircraft. She served with distinction in the Mediterranean during 1940 before returning to Australia in early 1941 for a refit and change of command.

While HMAS Sydney was refitting in Australia a German raider, Kormoran, was attacking Allied shipping in the South Atlantic and Indian Oceans.

Kormoran was a converted merchant ship armed with six concealed 5.9" guns, torpedo tubes and scout aircraft, but lacking the heavy armor and reinforced structure of a true warship. In an eleven-month cruise she sank ten Allied merchant vessels and sent an eleventh back to Germany as a prize of war.

On November 19th, 1941, Kormoran was cruising near the Australian coast when HMAS Sydney spotted her. She was disguised as a Dutch freighter, the Straat Malakka, but lacked the special codes used by Allied merchantmen. When Sydney came closer and demanded her secret code Kormoran had no choice but to surrender or engage the enemy. Her captain, Theodor Detmers, decided to fight, and Kormoran opened fire at murderously close range. (No-one knows why Sydney had approached so close - something a more war-experienced Captain than her Commanding Officer, Joseph Burnett, would almost certainly have avoided.)

The battle was swift and savage, and both ships were mortally wounded. Kormoran sank later that evening, and her crew reported seeing Sydney making off over the horizon, burning heavily. Two or three hours later they reported hearing a series of explosions from that direction, presumably from her magazines exploding. HMAS Sydney was never seen again and none of her crew survived. Most of Kormoran's crew took to their lifeboats, and in due course were made prisoners of war and interned in Australia until after the war was over. 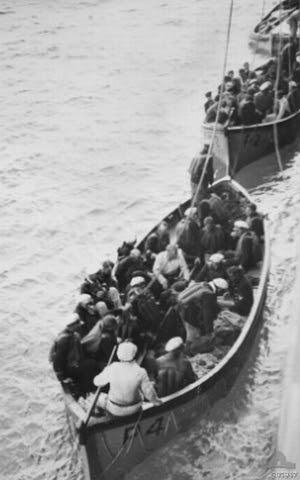 Ever since her disappearance there has been speculation about what happened to HMAS Sydney. At long last the HMAS Sydney II Search Appeal was formed in 2001 to look for her and discover her fate. The Foundation chartered a survey vessel, the MV Geosounder, equipped with the latest side-scan sonar equipment and a towed sonar array, and engaged an American expert, David Mearns, to manage the search. 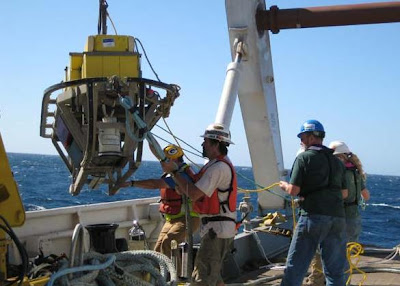 After several false starts and a great deal of fund-raising, March 2008 brought success. The wreck of the Kormoran was located on March 12th, 2008. Using this as a base point for further search, the wreck of HMAS Sydney was located on March 16th, 2008, some 14 miles to the South-East of Kormoran at a depth of approximately 8,000 feet. The picture below shows the sonar image of HMAS Sydney (black) with the dark red sonar "shadow" clearly visible beside her on the seabed. The green arrow on the map shows her location. 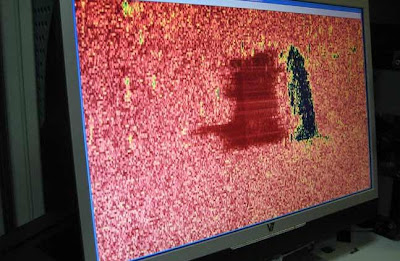 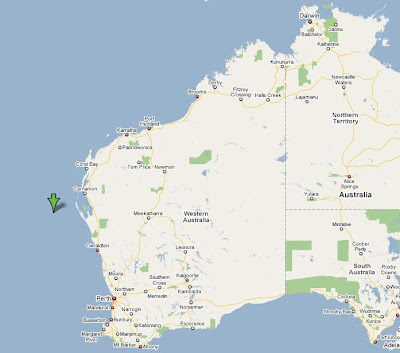 The MV Geosounder returned to port to load underwater video equipment and set out again for the search site. Yesterday the first pictures of the wreck of HMAS Sydney were released. The picture below shows her "B" turret (second from the bow). Note the shell-hole low between the guns and the roof torn off part of the turret.

The next picture shows "Y" turret (the turret nearest the stern) covered in debris from the battle, including what looks like shell casings which may have been blown out of "X" turret.

The battle damage is very clearly visible, but the ship's hull is amazingly well preserved. In the photograph below her teak decks are still clearly intact.

You'll find a press release and more pictures here. A TV documentary program about the search and discovery will be released in due course.

This discovery finally brings closure to the families of the over 600 Australian Navy personnel who were lost with HMAS Sydney. At least they now know what happened to her and to their relatives. I'm sure they'll be arranging a service at the HMAS Sydney Memorial on the Australian coast near the battle site to commemorate the discovery. 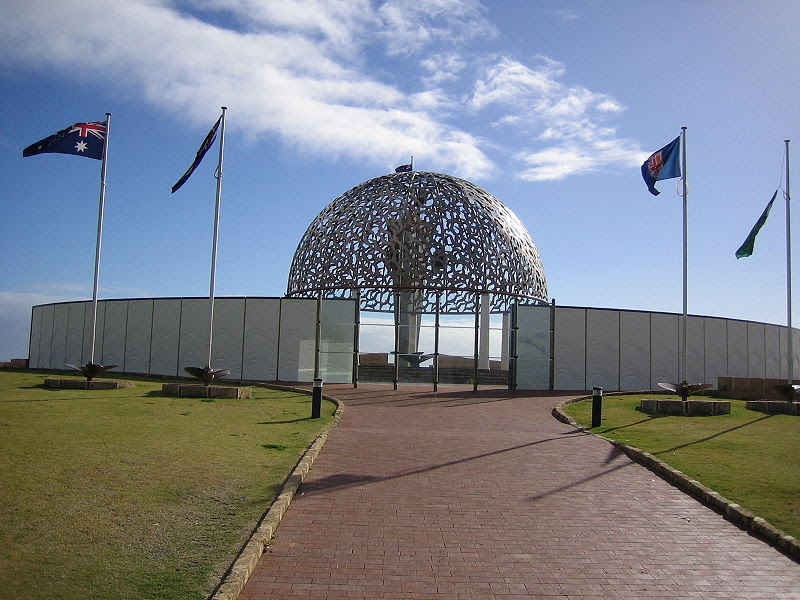 May the souls of the crew of HMAS Sydney, and those who died aboard Kormoran, rest in peace: and, after almost seventy years, may their families find closure now that their graves have at last been discovered. Both wrecks have been declared official war graves and will be left undisturbed.

Eternal Father, strong to save,
Whose arm hath bound the restless wave,
Who bidd'st the mighty ocean deep
Its own appointed limits keep;
Oh, hear us when we cry to Thee,
For those in peril on the sea!

O Christ! Whose voice the waters heard
And hushed their raging at Thy word,
Who walkedst on the foaming deep,
And calm amidst its rage didst sleep;
Oh, hear us when we cry to Thee,
For those in peril on the sea!

Most Holy Spirit! Who didst brood
Upon the chaos dark and rude,
And bid its angry tumult cease,
And give, for wild confusion, peace;
Oh, hear us when we cry to Thee,
For those in peril on the sea!

O Trinity of love and power!
Our brethren shield in danger's hour;
From rock and tempest, fire and foe,
Protect them wheresoe'er they go;
Thus evermore shall rise to Thee
Glad hymns of praise from land and sea.

May they rest in peace.