I'd never heard of the city of Shibam, in Yemen, until I received a very interesting e-mail from Yusuf M. in Sana'a, that country's capital. I don't know how he learned of my blog, but he did, and sent me a series of very interesting pictures of Shibam. It looks like a fascinating place! 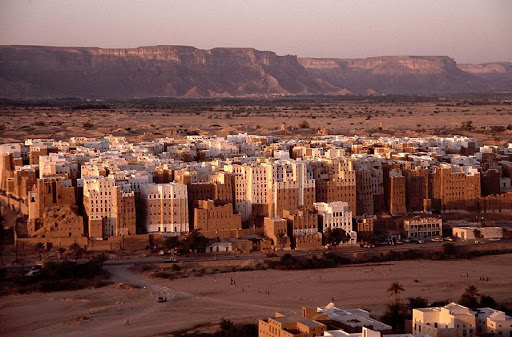 Shibam is a town in Hadramawt, Yemen with about 7,000 inhabitants. Shibam is thought to have already come into existence by the 2nd century AD.

It has been the capital of the Hadramawt Kingdom for several periods of time. (There is also a town by the same name outside Yemen's capital of Sana'a. To avoid confusion, the town of this article is therefore often referred to as Shibam Hadhramaut.)

Shibam owes its fame to its distinct architecture, which now is on UNESCOs program to safeguard the human cultural heritage. The houses of Shibam are all made out of mud bricks, but about 500 of them are tower houses, which rise 5 to 16 stories high, with each floor having one or two apartments. 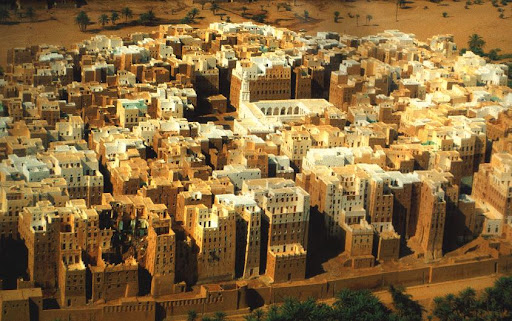 This technique of building was implemented in order to protect residents from Bedouin attacks. 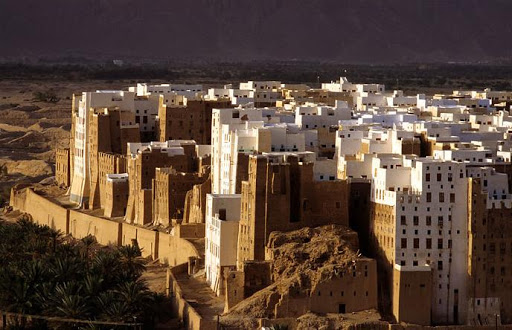 While Shibam has existed for around 2,000 years, most of the city's houses come mainly from the 16th century. However, many have been rebuilt over and over again during the last few centuries. 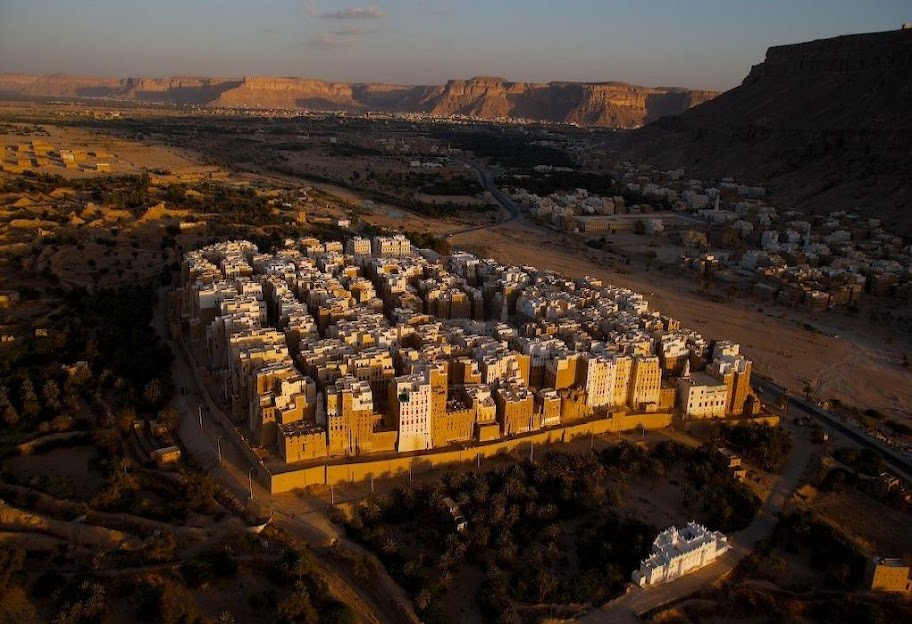 Shibam is often called "the oldest skyscraper-city in the world" or "Manhattan of the desert", and is the earliest example of urban planning based on the principle of vertical construction. 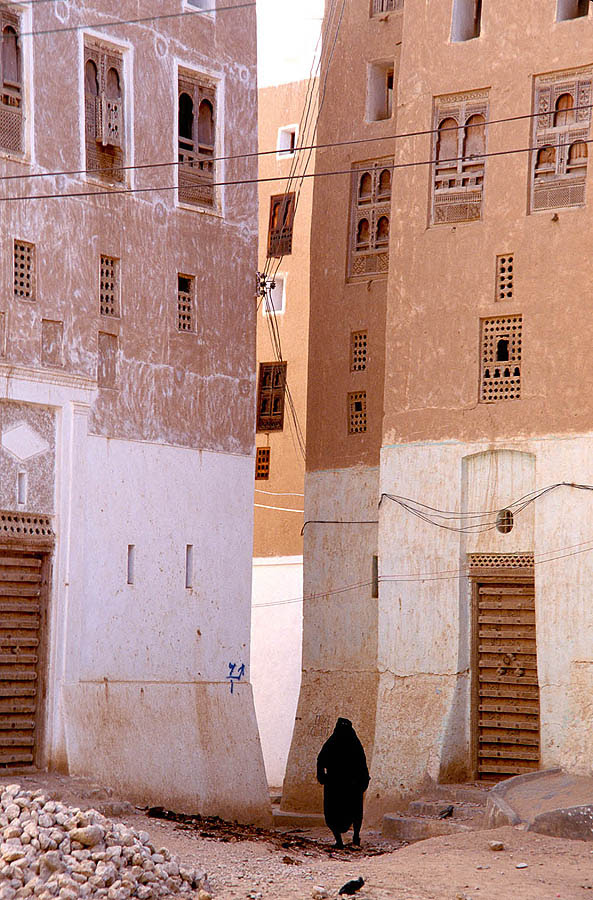 The city has the tallest mud buildings in the world, with some of them being 40 meters (130 feet) high, thus being the first high-rise (which need to be at least 75 feet or 23 meters) apartment buildings and tower blocks (except perhaps for the insulae of ancient Rome). 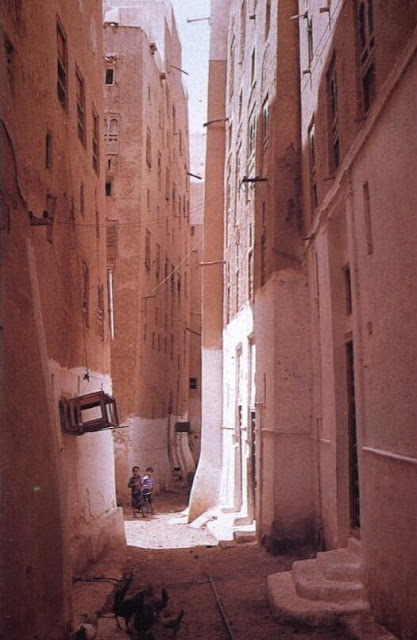 The tallest building in the city is the mudbrick minaret which stands at about 53 meters (175 feet) tall. 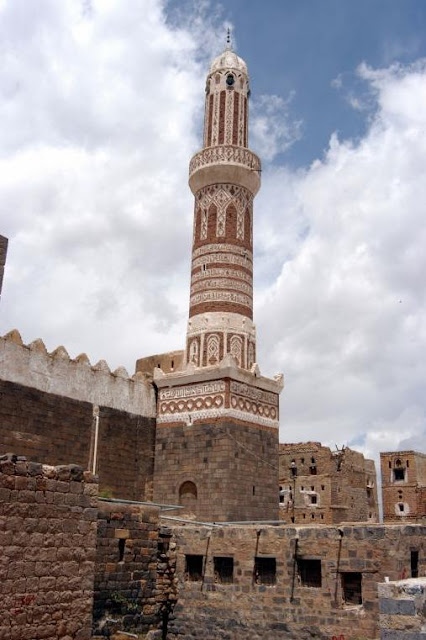 In order to protect the buildings from rain and erosion, the façades are thickly coated and need to be maintained and frequently renovated by the inhabitants. The renovation can be completed by well-practiced workers within [a] short time. 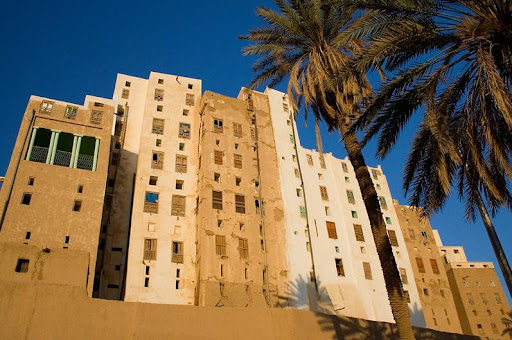 This is fascinating! I never even knew the place existed!

Yusuf kindly included these two pictures of local women going out to harvest in the fields, to show me the uniquely-shaped hats they wear over their all-concealing Islamic garb. 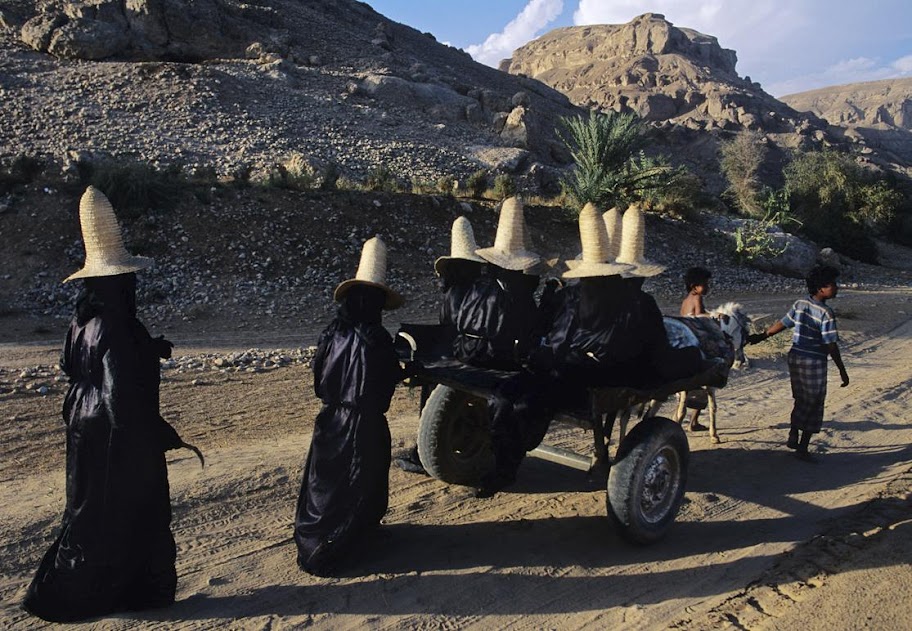 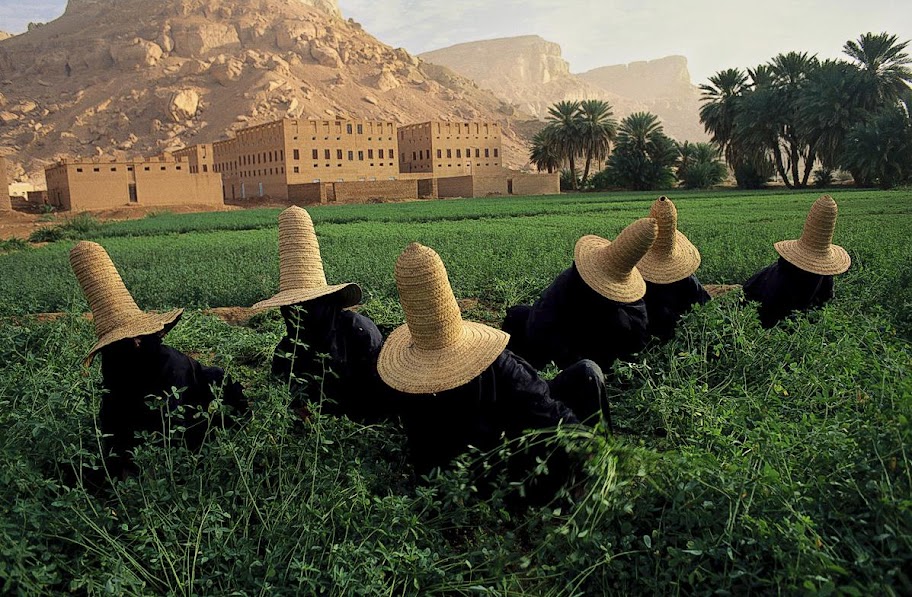 Yusuf, thanks very much for sending these pictures, and sparking my interest in a place I'd never heard of. I hope my other readers enjoy them as much as I have.

(PS: I'm assuming Yusuf has copyright in all of these pictures - he sent them, after all. If that isn't the case, and anyone else owns copyright in one or more of them, please let me know, and I'll either provide credit or remove them.)
Posted by Peter at 3/21/2009 10:50:00 PM

Good gracious, Peter, that's remarkable. I had no idea that the place existed. Thanks for making the pictures available to your readers.