Amazing images of the Sun


NASA's Solar Dynamics Observatory satellite was launched in February. Its first results were released today, and can be seen on the project's Web site and on this Flickr stream (from which the photographs below are taken). The BBC reports:

The first public release of images from the satellite record huge explosions and great looping prominences of gas. 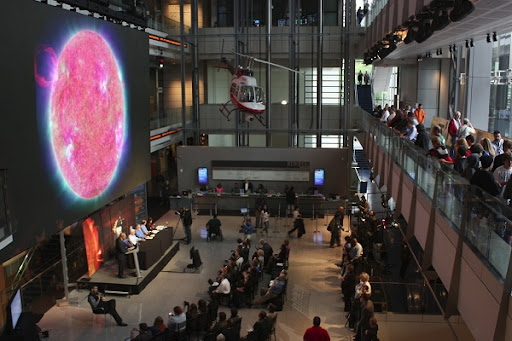 The observatory's super-fine resolution is expected to help scientists get a better understanding of what drives solar activity.

Launched in February on an Atlas rocket from Cape Canaveral, SDO is expected to operate for at least five years.

Researchers hope in this time to go a long way towards their eventual goal of being able to forecast the effects of the Sun's behaviour on Earth. 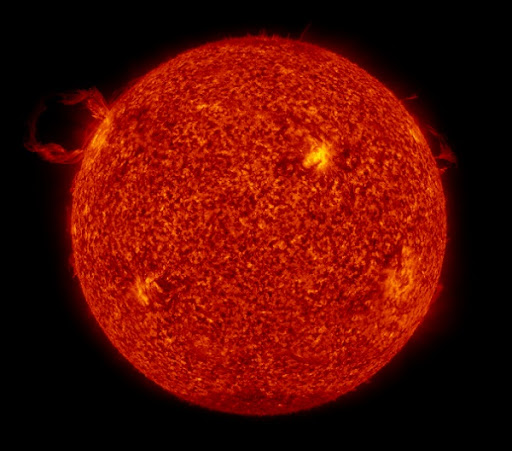 Solar activity has a profound influence on our planet. Huge eruptions of charged particles and the emission of intense radiation can disrupt satellite, communication and power systems, and pose a serious health risk to astronauts.

Scientists working on SDO say they are thrilled with the quality of the data received so far.

"When we see these fantastic images, even hard-core solar physicists like myself are struck with awe, literally," said Lika Guhathakurta, the SDO programme scientist at Nasa Headquarters.

SDO is equipped with three instruments to investigate the physics at work inside, on the surface and in the atmosphere of the Sun.

The probe views the entire solar disc with a resolution 10 times better than the average high-definition television camera. This allows it to pick out features on the surface and in the atmosphere that are as small as 350km across. 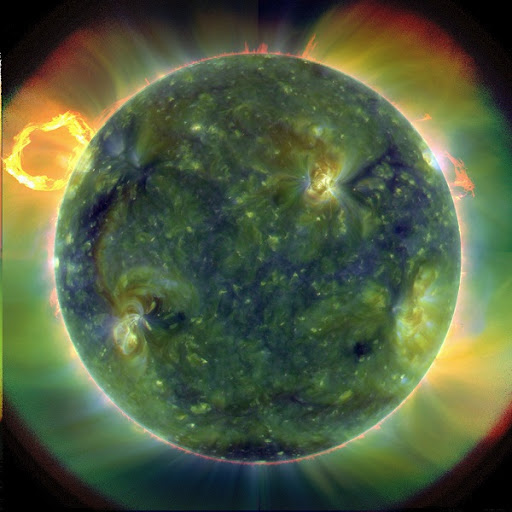 The pictures are also acquired at a rapid rate, every few seconds.

In addition, the different wavelengths in which the instruments operate mean scientists can study the Sun's atmosphere layer by layer.

A key quest will be to probe the inner workings of the solar dynamo, the deep network of plasma currents that generates the Sun's tangled and sometimes explosive magnetic field.

It is the dynamo that ultimately lies behind all forms of solar activity, from the solar flares that explode in the Sun's atmosphere to the relatively cool patches, or sunspots, that pock the solar disc and wander across its surface for days or even weeks.

"The SDO images are stunning and the level of detail they reveal will undoubtedly lead to a new branch of research into how the fine-scale solar magnetic fields form and evolve, leading to a much, much better understanding of how solar activity develops," said co-investigator Richard Harrison from the UK's Rutherford Appleton Laboratory (RAL).

"It's like looking at the details of our star through a microscope," he told BBC News. 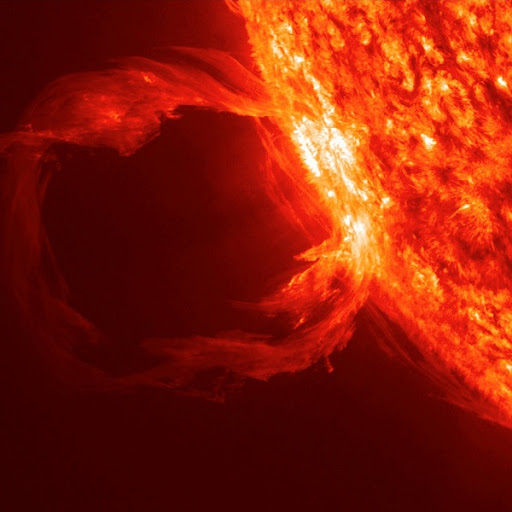 And Dr Guhathakurta added: "It's thought that [SDO] is going to revolutionise heliophysics much as the Hubble Space Telescope has revolutionised astrophysics and cosmology, which is true. There is however a very key difference. While Hubble is designed to observe almost everything in the cosmos, SDO is designed to study only one thing and that is our very own star. It is tailor-made for the study of Sun star."

This just blows my mind! To see the ultimate power-station generating life as we know it, in such detail . . . that's fascinating! I'll be watching the future output of SDO with great interest.

Here's a video showing the SDO's observation of a solar flare (i.e. sunspot) through various filters, at different color temperatures.

Did you notice there were only two mini-sunspots (if you want to call them that?) Usually there would be a half dozen or more at this point in the cycle.