Google Books has put online all the past issues of Popular Science magazine, dating right back to the 19th century. There are some wonderful articles for history and science buffs. Some seem archaic to us from our technological perspective, but at the time, of course, these were major advances in science.

For example, in the January 1910 edition we read of the 'Non-Magnetic Yacht Carnegie' which sailed on a 'magnetic survey of the oceans':

... this vessel has been built practically without any iron, or other magnetic materials, in order to adapt her to the needs of a magnetic survey of the oceans under the direction of the Department of Terrestrial Magnetism of the Carnegie Institute of Washington.

The introduction of sheltering observatories, circular in shape and having revolvable domes similar to those of astronomical observatories, is one of the new features which has contributed to the success achieved. Inside these observatories, of which there are two, the after one being shown in the view, both astronomical and magnetic observations may be made with full protection to the observer and instrument from wind and weather. 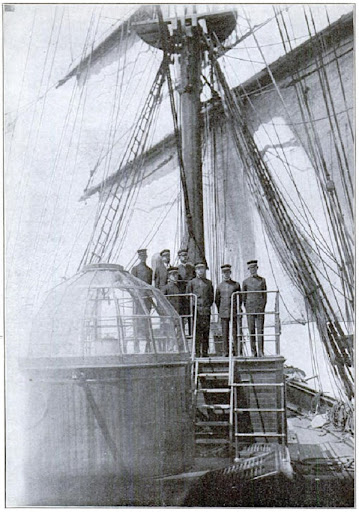 During a period of six weeks the work of this vessel has already disclosed errors in the magnetic data supplied to mariners of sufficient importance to require attention. Thus it was found that from Long Island to a point off St. John's the charts show too small west magnetic declination by amounts running up to one degree and a half, i.e. the compass was found to point farther to the west of north than indicated by the charts.

The January 1940 edition has an effusive article praising the efficiency of anti-aircraft defenses - which were soon to be proved lacking under enemy attack. The primitive sound and visual detection apparatus of those pre-radar days looks woefully inadequate to our eyes, but back then it was the height of technology. 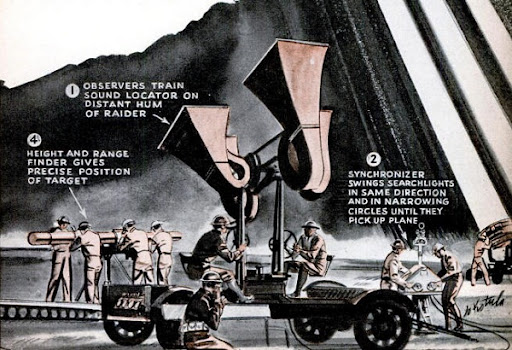 Thank you!!! Peter, you have no idea how much this link helps me. As you know, I wrote one novel set in 1932. This kind of thing is really valuable for me.