I'd never heard of Ursula Bower at all, much less her genuinely heroic service in Burma during World War II, until an article in the Daily Mail (reporting on a recent book) highlighted her accomplishments. It's a pretty remarkable story.

This 30-year-old Roedean-educated girl from Wiltshire had been living among the Naga tribes for nearly five years when the war reached her corner of Asia in 1942. She had been studying the native people as an anthropologist.

But now, Malaya, Singapore and Burma had fallen to the Japanese army in the worst defeat in the history of the British Empire.

British and Indian troops had been forced into a horrific treat across the Burmese border, through the Naga Hills into eastern India.

Rumours were rife that the Japanese would push across the border and break through the gateway of India. If India fell, the British war in the east - and the Empire itself - would be finished.

But where along the long border would the Japanese come through? It was imperative that the British receive the earliest possible intelligence of such an offensive.

Accordingly, a special guerilla troop called V Force was set up to patrol the Naga Hills both sides of the border. Native tribesmen, led by British officers, were recruited to patrol the impenetrable jungle and provide early warning of a Japanese invasion. 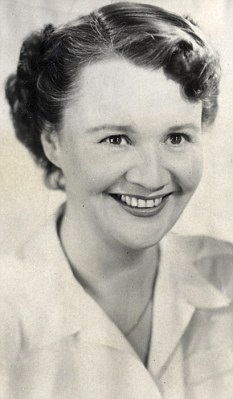 Ursula Graham Bower was an early, if unlikely, recruit to this cause. She had first visited India in 1937 with a school friend, on a trip where her mother had hoped she would meet a nice husband. Instead, she fell in love with the Naga Hills and their tribes.

The Nagas were fiercely independent - they occasionally rebelled against British rule - and merciless to their enemies. Those who had claimed an enemy head in battle wore their victim's hair in tufts on their shields and earrings.

But they were deeply moral and loyal. As well as studying the tribe, Ursula dispensed medicines to them, and they took her to their hearts. They asked her to name their babies, and some even worshipped her as a goddess, believing her to be the reincarnation of a rebel priestess imprisoned by the British.

When famine struck the villagers in the years before the war, she procured them government aid, saving many lives.

Because of the loyalty she commanded among the Nagas, in August 1942 the head of V Force asked Ursula to form her local Nagas into a band of scouts to comb the jungle for the Japanese.

She became the only female guerilla commander in the history of the British Army, leading 150 Nagas armed only with ancient muzzle-loading guns across some 800 square miles of mountainous jungle.

Her story is one of the most extraordinary of World War II. But like that of so many of the brave veterans of the war in the east, her heroism has faded from the pages of history.

Now a new book by renowned BBC correspondent Fergal Keane reveals her incredible tale and tells of the campaign in which she paid a crucial role: the Japanese offensive into India, and the savage battle of Kohima on which the fate of two empires turned.

There's more at the link. Very highly recommended reading for all those interested in World War II (or military history in general).

I'm very glad to have learned of Ms. Bower's achievements. One hopes she'll be remembered with pride in Britain, and that her memory will live on as an example to those serving in the armed forces today.