So much for the Russian Predator . . .


I've wondered for some time why Russia hasn't developed an equivalent to the US Predator and Reaper aircraft, so-called Medium Altitude Long Endurance (MALE) UAV's that criss-cross the skies over Iraq and Afghanistan. After all, virtually every nation with an aviation industry has developed or is developing them! Even minor players like South Africa (with the Seeker and upgraded Seeker 400, or the newer Bateleur) or the United Arab Emirates (with the Smart Eye) have developed them. So . . . why not Russia?

Turns out Russia did, indeed, have a MALE UAV program: the Vega "Aist", meaning "Stork". According to a Russian web site (rather poorly translated):

UAV is twin engine (piston engine), made by the normal aerodynamic scheme with a small low-wing sweep, and a V-shaped tail. Chassis - tricycle, foldable. 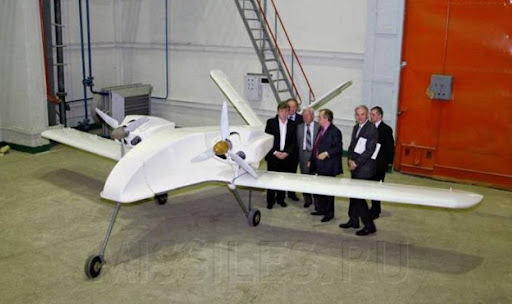 Its designs are widely used non-metallic materials. Taking off and landing is "as-airplane. In terms of flight specifications, capacities and purposes it differs significantly from the previously developed unmanned Pchela-1, relating to the previous generation.

According to the group "Vega" in 2009, it began testing the latest UAV as target designation for Iskander. According to the experts group, the test will last up to 2 years.

Unfortunately, it was either extremely unstable and hard to control, and/or it was 'flown' by the most ham-handed test pilot in Russia! On January 18th last year, it took to the air (very briefly). This is what happened.

That was the end of the only prototype of the Vega Stork. The program was subsequently abandoned, and I don't know whether any replacement system has yet flown.

Perhaps we should sell them some of our used Predators, now that we don't need so many in Iraq?

How's the weather in Siberia, Ivan?

The USAF had lot's of crashes when it used none pilots to fly UAVs. The changed the program when it became apparent that being a triple ace while playing Fighter Sweep does not translate one to one with a full sized UAV.

I wondered if there was high winds or something. It seemed to crab sideways down the runway.

Ohhhh... Guess they didn't steal the 'right' set of plans...

Made in China by C.W.A. members on a Monday morning.

I had better success as a child with balsa wood and rubber bands... Jeez.