C & T Auctions in England will be selling a photograph album from the First World War at its 'Printed Paper, Ephem[e]ra and Photographs Auction' tomorrow.  The pictures were apparently taken by an unidentified pilot of the Royal Naval Air Service at Cranwell airfield.  Amongst other things, they document a number of accidents to the trainee pilots there.  Here are a selection of them. 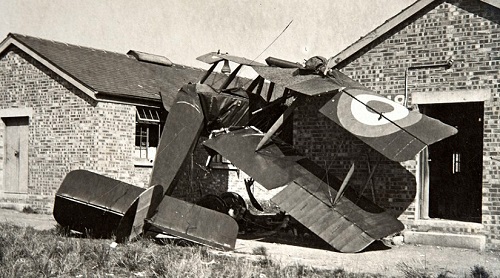 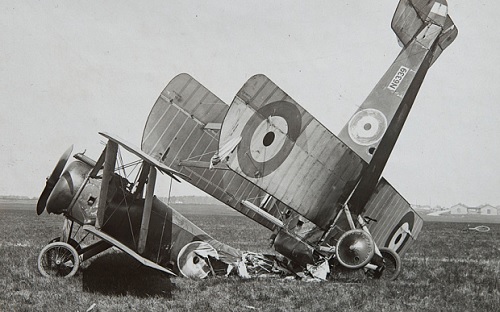 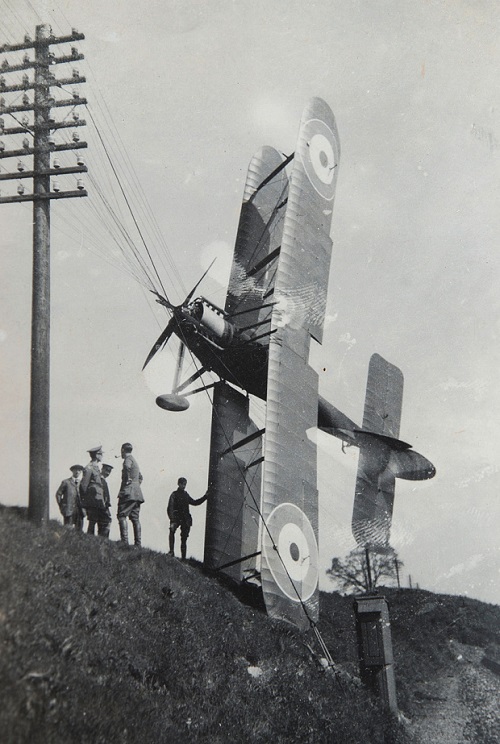 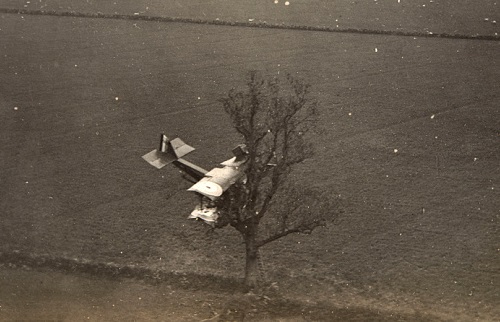 At least those early aircraft flew slowly enough that one had a chance of surviving a crash, despite the lack of safety equipment!

And light enough that they don't severely damage the buildings, trees, wires, etc. that they hit. Only the other airplanes.

Yeah, well, slow also means you have a lot more time to see it coming, scrunch your nether regions together, and more fully appreciate what is about to happen. Not so sure THAT is a good thing!!

Those guys apparently had a very steep learning curve.