Carver: a blast from my aviation past


Regular readers will recall Weekend Wings #40, in which I discussed South Africa's Carver tactical fighter program.  I worked on one of the subsystems that would have been used in the aircraft.  In that article, I provided this photograph of a model of the Carver displayed by Atlas Aircraft Corporation at a South American arms exhibition.  This represents the original, single-engined, lightweight design iteration. 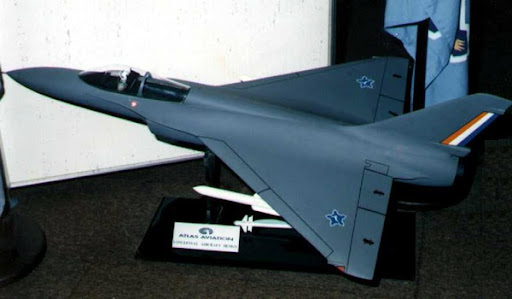 As I noted in the article:

By 1988 the Carver design was almost ready to proceed to the construction of a prototype. Many of the composite components that would have been used on production aircraft weren't yet available, but for the prototype they would have been replaced by aluminum or other lightweight alloy parts. This would have made the aircraft heavier, but not by so much that it couldn't have undertaken aerodynamic and other tests. However, without warning, everything suddenly changed.

The then-Chief of the SAAF, Lieutenant-General Dennis Earp, was a veteran of the Korean War, where (as described last week) he flew F-51D Mustangs with No. 2 Squadron as part of the USAF's 18th Fighter-Bomber Wing. As a former 'fighter jock', he'd been a strong supporter of a lighter, more agile, more maneuverable Carver. However, in 1988 he retired, and was replaced by Lieutenant-General Jan van Loggerenberg. According to what we were told at the time, the latter had flown the SAAF's large, twin-engined 1960's-vintage Buccaneer S.50 strike aircraft, the few survivors of which were at that time tasked with delivering South Africa's nuclear weapons, if necessary. They also carried the country's newly-operational 'smart weapons'.

If Lt.-Gen. van Loggerenberg could get only one type of aircraft out of the Carver program, he wanted one able to deliver a greater weapons load over a longer range. It's not for me to question why and how his strategic and/or tactical judgment differed from that of his predecessor. He was now operationally responsible for the program, and I presume he acted in what he thought were the best interests of the SAAF. Nevertheless, given the limitations of the Atar 09K50 engine, the Carver didn't have a hope of meeting his requirements as a single-engined design. To do so, whilst retaining even minimally acceptable performance, it would have to have two engines . . . which brought everything to a grinding halt while the design team went back to the drawing-board.

I knew in rough outline what the proposed twin-engine design would have looked like, and provided a line drawing of one option in my earlier article.  However, to my surprise and delight, Denel Aviation (the successor to Atlas Aircraft Corp.) has now put on display in South Africa a model of the twin-engined Carver configuration.  I knew of the model's existence, but due to stringent security precautions I'd never been allowed to see it during the life of the program.  I can only presume that after the passage of two and a half decades, someone's decided that such strict security is no longer necessary.

My thanks to reader E. M. for sending me these images of the model. 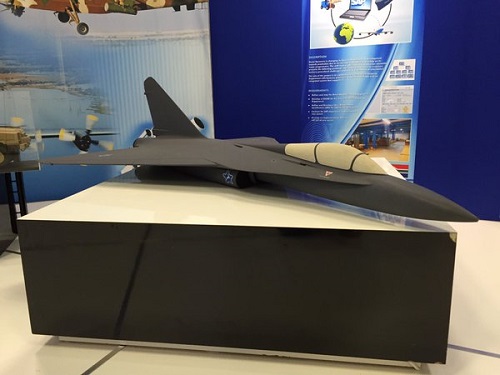 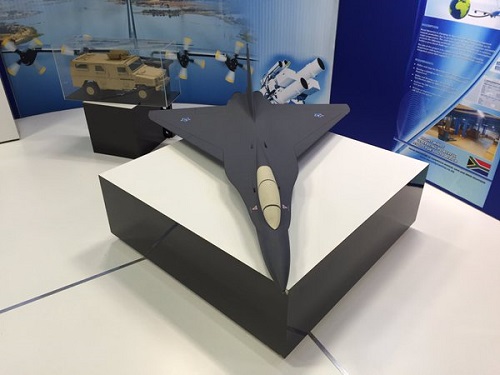 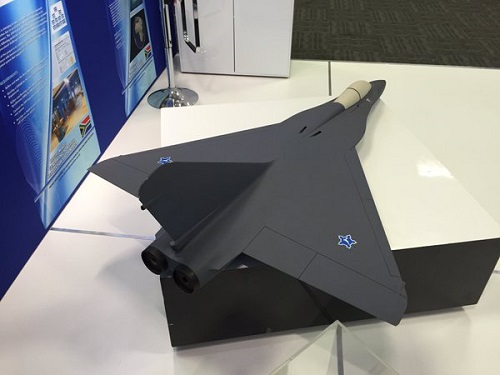 As you can see, it's superficially similar to the earlier single-engined design, but significantly enlarged, with two engines, a tandem two-seat cockpit, a much bigger wing, and aerodynamic changes.

Carver's ancient history now.  Given the geopolitical changes at the time, its cancellation was unavoidable.  Nevertheless, I wish it had flown, particularly in its first, single-engined design.  I think it would have been a sweet bird, not dissimilar in characteristics and performance to the Northrop F-20 Tigershark (which was one of its inspirations, and which also never entered production).

The 1990 South African roundel threw me,
but it's era-appropriate for you, no? ;)

Simple, elegant designs, likely (comparatively) inexpensive to build. More people in the strategic planning and procurement game need to read Sir Arthur Clarke's story, "Superiority". We are putting entirely too many eggs into the costly and unsatisfactory F-35 basket, along with the vast budget sinks coming with the new bomber designs, and an enemy that can build several reliable aircraft for every one unreliable plane in our inventory is going to stand an excellent chance of beating us in the air.