A passenger aboard a French Air Force Rafale fighter aircraft had a shorter flight yesterday than he'd anticipated.

A civilian passenger was accidentally ejected from a twin-seat Rafale B fighter jet (example shown below - image courtesy of Wikipedia) as the aircraft was taking off. 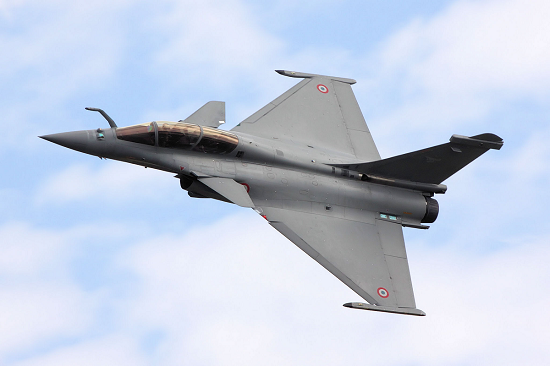 The fighter jet was taking off ... for a training mission, on March 20, 2019. The pilot managed to land shortly after the incident. His hands were slightly injured by broken glass from the canopy.

The passenger, a man in his sixties, was hospitalized. His back was reportedly injured as he fell on the runway. He is now in a stable condition.

I presume the passenger was an aviation journalist or photographer, or a VIP visitor.  Such flights are often arranged for important visitors like that.  In this case, I suspect he got a rather wilder ride than he'd hoped for!  He'll be dining out on that story for years . . .

Reminds me of the O-6 Blackshoe who took the Martin-Baker exit in, IIRC, a Navy F-14 several years ago.

I wonder if his last thought before ejecting started with "I wonder if this seat really....."

I gave multiple "incentive rides" mostly to people that worked on the airplanes. I had a long "look 'em in the eyes" heart to heart talk about the seat and what would it take for us to bail out. I also told them that they were in control of the ride's feel. If they wanted something that would make a Disneyland roller coaster be as mild as that ride there with the never ending song (you know which one, I'm not going there), I would give them that. If they wanted the best view in the house flown like a 747, that also. I also pointed out the handholds where it was safe to hold on. Told them that was a good place to store their hands for the duration regardless of ride type.

A lot of guys went with the wild ride with no input from the guy in back. Which leads to "OMG, got to hang on to something...."

All the seat promises is a chance at life. No-where does it specify in what shape afterwards.

According to my dad, you could tell early ejection seat riders who survived could be told by the tell-tale signs of now-healed severely broken elbows. Whenever things got frisky when he was driving, he would mutter "Elbows in, elbows in."