I was struck by a visual aircraft comparison over the weekend.  This one dates back to the early 1960's, when France's Aerospatiale produced the SA 321 Super Frelon medium-lift helicopter.  It used three turboshaft engines of moderate power, and could carry up to 27 troops or passengers.  It was particularly suited to high-altitude operations, because its power-to-weight ratio was very favorable, and its large rotor was understressed for its size and carrying capacity.  (All photographs below are courtesy of Wikipedia's multiple Web sites). 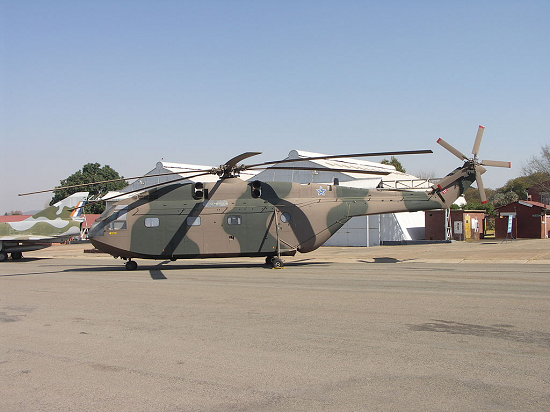 South Africa bought 16 of them (one is shown above), and I flew on a couple of them from time to time.  (They were most famously used in that country to transport crocodiles to safety from a polluted area, which I described here.)

In due course, China bought a license to manufacture the Super Frelon helicopter, and produced 50 of them under the name Harbin (or Changhe) Z-8. 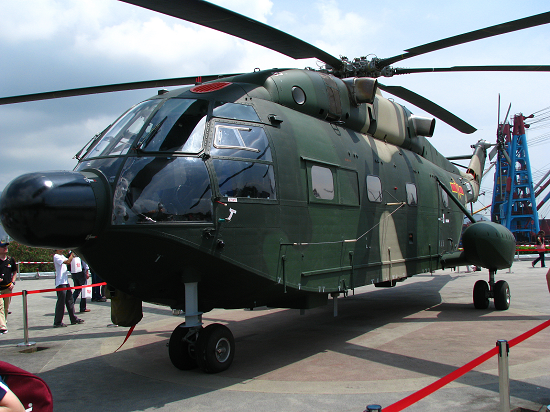 They initially used original French Turbomeca Turmo engines, but soon copied them as the Changzhou WZ-6. 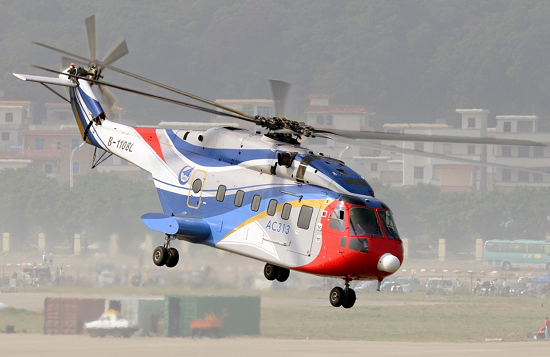 It incorporated a more streamlined hull and more efficient loading and unloading arrangements.

Not content to rest on their laurels, China developed the design even further, into the Changhe Z-18. 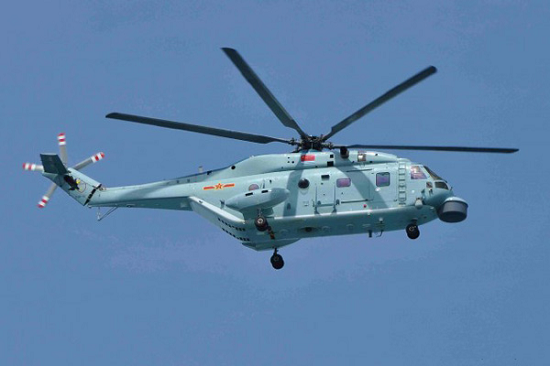 This incorporated many improvements, and is currently in service on China's aircraft carriers.  It and its predecessors are also used in high-altitude areas of the Chinese interior, and in Tibet, among the foothills of the Himalayas, where their hot-and-high performance capability is very useful.

China hasn't stopped there, either.  Recently photographs have emerged of a new variant of the Z-18, this one with a much wider flat-bottomed fuselage, large wheel sponsons for the rear undercarriage (probably adding extra fuel tanks as well), and other improvements.  It's apparently known as the Z-8L or Z-18L, depending on one's source. 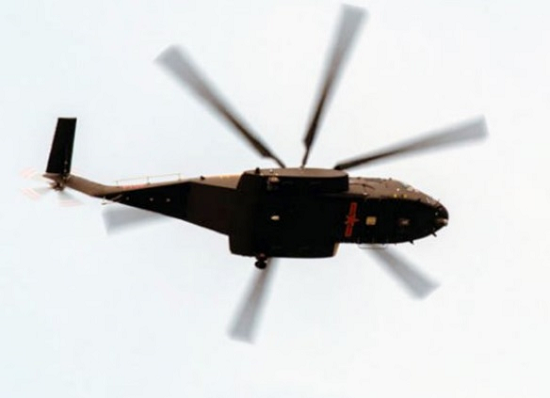 I was immediately struck by its visual similarity to an American helicopter, the Sikorsky S-92, shown below.  It's currently being prepared for use as the new US Presidential transport helicopter in its VH-92 variant. 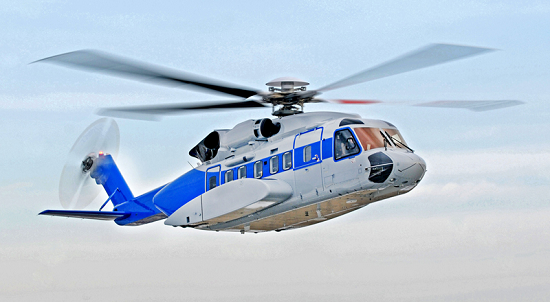 I think that, having developed the 1960's Super Frelon into a modernized variant, Chinese aircraft engineers are now trying to modernize it even more, to produce a medium-lift rival that should be equal to anything US or European manufacturers can offer.  It'll probably be more powerful than its rivals, carry more people (given its larger hull), and have better hot-and-high performance than its competitors in the same class.  What's more, given its foundation in a proven design, it would have been a lot less expensive to develop.  Manufacturing costs are almost certainly lower, too, because good old-fashioned aluminum alloys will probably still predominate, unlike more modern designs that demand carbon fiber and other hi-tech materials.

Just goes to show what you can do with enough ingenuity and willpower.  A 1960's helicopter is still being manufactured, more than half a century later, and is as useful as ever - albeit in upgraded guise.

Well, considering that they are still producing Herky-birds, not surprising. Just look how long the Sea-Stallion series was in production and how upgraded it constantly was, or the Chinook series.

And then, in a darker note, look how India's Mig-21s managed to shoot down Pakistan's F-16s. (And Israel has produced a next-gen mod of the venerable Mig-21 also, complete upgrade to avionics and war-fighting systems, making the -21 a very competent current-battle aircraft.)

Older does not mean obsolete.

Something our Navy needs to remember.

CH-47 dates from 1962, is still in production, and is still the best aircraft in it's class.
The rotor blades were originally spruce...
-Kle.

The last B-52 airframe left Boeing in the 60s, updated engines, targeting systems, and avionics and it's still flying in front line service. Nothing else can match the payload and range of the old BUFF.

These were good, solid designs using new technology, but not really pushing the envelope - they had room to be expanded and we are seeing that now.
You have a good point about using tried and true material instead of pushing for the latest and greatest, or pushing to get every bit of performance and leaving no room for future expansion.

The CH-53 (or variants) are still in production and had its first flight in 1964.