You learn something new every day


Yesterday I was glancing through novelist Nevil Shute's autobiography, "Slide Rule", in a brief moment of inactivity. 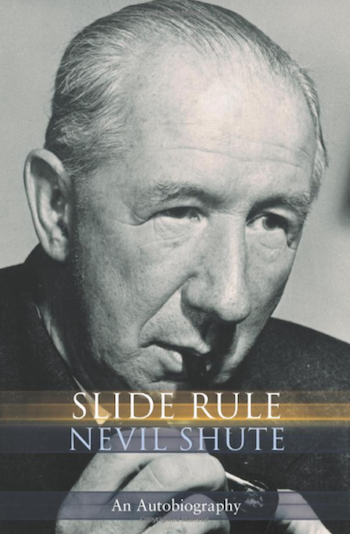 He's a fascinating character.  He was an aeronautical engineer by profession, and spent much of World War II designing secret weapons.  He was one of the designers of the R100 airship (shown below) during the inter-war years. 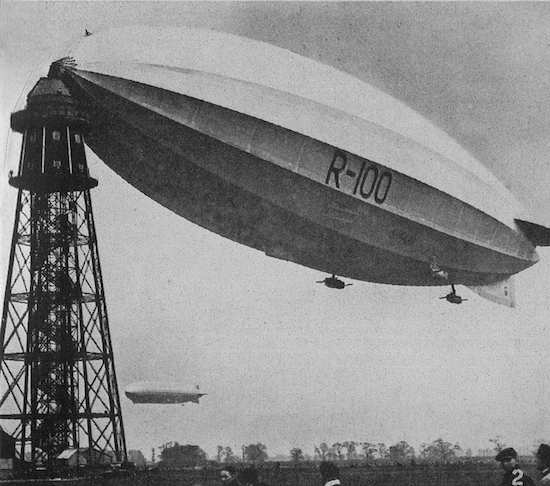 He used the term "goldbeaters-skin" when describing the building of the hydrogen gas bags that provided lift to the airship.  I'd never heard of it, so I looked it up.  Wikipedia informed me:

Goldbeater's skin is the processed outer membrane of the intestine of an animal, typically an ox, valued for its strength against tearing. The term derives from its traditional use as durable layers interleaved between sheets of gold stock during the process of making gold leaf by goldbeating, as a batch process producing many "leaves" at the same time. In the early modern production of airships, application of its high strength-to-weight ratio and reliability were crucial for building at least the largest examples.

To manufacture goldbeater's skin, the gut of oxen (or other cattle) is soaked in a dilute solution of potassium hydroxide, washed, stretched, beaten flat and thin, and treated chemically to prevent putrefaction. A pack of 1,000 pieces of goldbeater's skin requires the gut of about 400 oxen and is 1 inch (25 mm) thick.

Up to 120 sheets of gold laminated with goldbeater's skin can be beaten at the same time, since the skin is thin and elastic and does not tear under heavy goldbeating. The resultant thickness of gold leaf can be as small as 1 μm-thick.

Large quantities of goldbeater's skin were used to make the gas bags of early balloons created by the Royal Engineers at Chatham, Kent starting in 1881–82 culminating in 1883 with "The Heron", of 10,000 cu ft capacity. The method of preparing and making gas-tight joins in the skins was known only to a family from Alsatia called Weinling who were employed by the RE for many years. The British had a monopoly on the technique until around 1912 when the Germans adopted the material for the internal gas bags of the "Zeppelin" rigid airships, exhausting the available supply: about 200,000 sheets were used for a typical World War I Zeppelin, while the USS Shenandoah needed 750,000 sheets. The sheets were joined together and folded into impermeable layers.

To my surprise, I learned that goldbeaters skin is still used to this day, not only for goldbeating, but also in the manufacture of hygrometers, the repair of vellum manuscripts, and to seal oboe mouthpieces.  One would have thought that so relatively primitive a substance would have been replaced by a synthetic alternative by now, but apparently that hasn't happened.  Perhaps the market for it is too small to justify the expense.

One learns something new every day.

Gold, the most malleable of all metals, also the most resistant to corrosion, hence the pure gold atop churches and state houses. Didn't know they used ox guts to make it.

The method of preparing and making gas-tight joins in the skins was known only to a family from Alsatia called Weinling who were employed by the RE for many years. The British had a monopoly on the technique until around 1912 when the Germans adopted the material for the internal gas bags of the

My first question was
How the heck do ya join pieces of this stuff in a way that the tension of being filled with a gas doesnt rip it, and there's no stitching to leak? Or, is it possible stitching is involved and a fold covers the stitching and is glued down?
Seems possible,, It is cool to find out how gold leaf is made, Ive wondered..

Okay,, I couldn't leave it alone. Took some hunting, but found some information.

Just scroll down to page 9.
Spoiler,, glue,, And the way they made the glue,

Why not some piece of ox still being used in today's highly modern and technical world.

NASA still uses sperm oil. From the sonar cavity of the sperm whale. Seems it's one of the few oils or greases that doesn't freeze or degrade in space. Ethically harvested from dead sperm whales.

It's a weird world out there.

And for durability, hard to beat leather for belts or shoes. Or car seats.

A couple of weeks ago a workmate asked what sausage skins were made of.
When I told him sheep guts he went a funny colour.