In last weekend's Saturday Snippet, we heard from attorney Andrew Branca and his book, "The Law of Self Defense: The Indispensable Guide to the Armed Citizen". 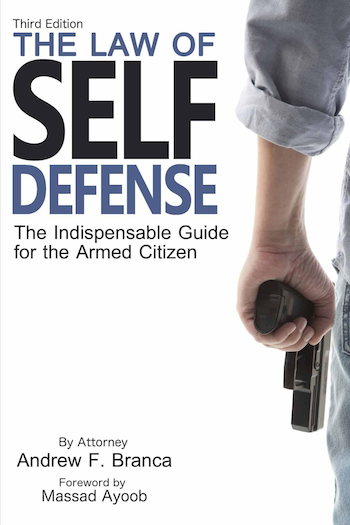 Today I'd like to introduce Massad Ayoob, renowned firearms and self-defense instructor and author of many books.  We're going to read an excerpt from "Deadly Force: Understanding Your Right to Self Defense". 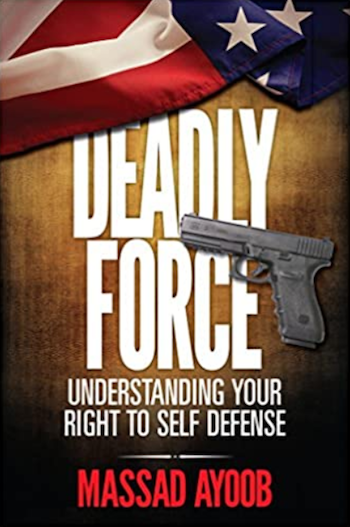 Back when he ran Lethal Force Institute, Mr. Ayoob offered a number of courses, including LFI-1, -2 and -3, equating to basic, intermediate and advanced levels.  I took all three, and learned so much it's hard to describe it all.  Today his Massad Ayoob Group offers the same courses under the labels MAG40, MAG80 and MAG120.  I recommend them all, but particularly MAG40, which introduces the basic concepts they all teach and provides a foundation for more advanced training.

Mas says his classes aren't so much about shooting (although you'll fire several hundred rounds during one of his courses) as they are about "managing the lethal threat environment".  He takes you through the legal, social, political and cultural aspects of defending your life against criminal attack, and helps you understand the various dynamics at work when (and after) you pull the trigger.  Personally, I think everyone who owns a firearm for self-defense should take at least his "MAG20 / Classroom – Armed Citizen’s Rules of Engagement" course (the theoretical component of MAG40), in order to understand the basics of what's at issue from those perspectives.  If any self-defense course is worth its weight in gold, it's this one (and, of course, its bigger brother, MAG40).  You can do the shooting component of the latter, MAG20 Live Fire, as a half-course after you've taken the theoretical component, if you prefer.  This splits MAG40 into 2 two-day segments, convenient if you can only train on weekends.

His book "Deadly Force" incorporates the lessons taught in MAG20 / Classroom, and is therefore (IMHO) an indispensable part of any defensive shooter's bookshelf.  I re-read it periodically, at least once a year, to refresh my memory of its contents;  because, if I'm unfortunate enough to have to use my firearm(s) in self-defense, its contents will immediately come into play.  I'd better remember and understand them, or I'm going to get the short end of the stick!

If forty-some years working and teaching in the justice system has taught me anything, it is this: If you act to the standards by which you know you will be judged, you should not be found wanting in the judgment.

No two use of force incidents will be exactly the same in every respect. There is a virtually infinite potential for branching of circumstances. Because of this, the courts will hold us to standards, to a formula if you will. For the same reasons, it behooves all of us to use a formula to analyze each situation we face to determine whether lethal force is justified.

Lethal force (or deadly force; the terms are interchangeable) is that degree of force which a reasonable and prudent person would consider capable of causing death or great bodily harm. Various laws use the terminology “great bodily harm,” “grave bodily harm,” “serious bodily harm,” etc.; the easiest way to remember it in layman’s terms is “crippling injury.”

The set of circumstances that justifies the use of deadly force is a situation of immediate danger of death or great bodily harm to oneself or other innocent persons. Since deadly force is normally only allowed as a last resort, the danger should be otherwise unavoidable and not created by the defender himself. This brings in an element called preclusion, which can vary according to jurisdiction and circumstances, and will be discussed separately in this book.

That situation of immediate danger of death or crippling injury is normally determined by the simultaneous presence of three criteria. Different schools use different terminology, but the most widely used and court-proven standard has been in use for decades: ability/opportunity/jeopardy. “Ability” means that the assailant possesses the power to kill or cripple. “Opportunity” means he is capable of immediately employing that power. “Jeopardy” means that his actions and/or words indicate to a reasonable, prudent person that he intends to do so and is about to do so. We will discuss each of these in great detail in this book.

Throughout, the law-abiding armed citizen must maintain the mantle of innocence. Think of the mantle of innocence as a legal cloak that shields the wearer from successful accusation of wrong-doing. The defender must not have provoked the encounter, must not have started the fight, or an element of guilt and wrong-doing will accrue. If it lay within the defender’s power to end the argument or abjure from the conflict, but instead he “kept the ball rolling” and things predictably escalated, he may very likely be held to have been at least partially at fault.

We must have reasonable fear of death or grave bodily harm when we employ this level of force. Reasonable fear is starkly distinct from what the law calls bare fear, which never justifies harming another. Bare fear is naked panic, a blind and unreasoning fear. It is understood that when panic comes in, reason departs. The necessary reasonable fear doesn’t mean you’re soiling your pants or running away screaming; reasonable fear is simply that apprehension of danger which any reasonable, prudent person would experience if they were in the same situation as you, knowing what you know at the time.

Each state has its own statutes and codes, colloquially known as “black letter law.” The laws are interpreted through the prism of case law, decisions by appellate courts which essentially nail down the fine points. Some of the clearest, most easily understood legal definitions and interpretations may be found in the given state’s recommended jury instructions on the various issues. All of these may be researched at a legal library. In every county seat, at or near the county courthouse, you will find a legal library that is open to the public. The legal librarians, I’ve found as a rule, are delighted to help ordinary citizens look up these things.

Because ours is the most mobile society on Earth, we are constantly moving between jurisdictions. No lawyer can memorize the vastness of The Law in its entirety; that’s why every law office has its own legal library. No police officer can memorize them all; that’s why the patrol car has a mobile data terminal with the capability of looking things up. It follows that the law-abiding armed citizen can’t hold all the laws in his head, either. For that reason, in this book as in my classes, I teach generic principles that are common to the law of all fifty states.


You'll find much more food for thought in Mr. Ayoob's book.  I can't recommend it too highly (along with Andrew Branca's book, discussed last week).  Both are permanent fixtures in my library.

The newest 'threat' if you will is the lasers to the eye. That is a potentially crippling injury if you are blinded. I wonder how/if that has been addressed anywhere.

It should fall under 'attempt to injure/cripple' which means shooting them in the face is a legit response.

No different than someone trying to fillet me with a machete.

Mas always was a Yankee, as in the 11 nations. Overly concerned about rules and regulations.

Cry havoc and let lose the dogs of war.

Get yourself crosswise of the law, and I don't care who or where you are, you will be made to care. That's just a simple fact. You might go to prison and possibly be bankrupted by a civil suit.