I'm obliged to the always informative Second City Cop blog for these three maps of Chicago demographics.  They're eye-opening.

First up is this map of Chicago by racial distribution.  (For a larger view of any map, see the original at the Second City Cop link above.) 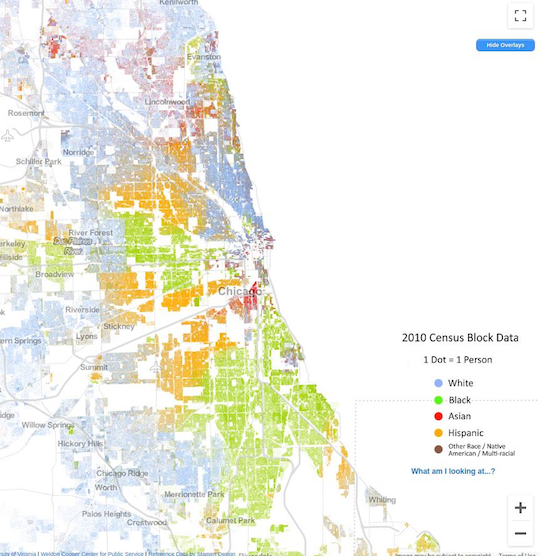 Next, Chicago by the number of shootings in various areas. 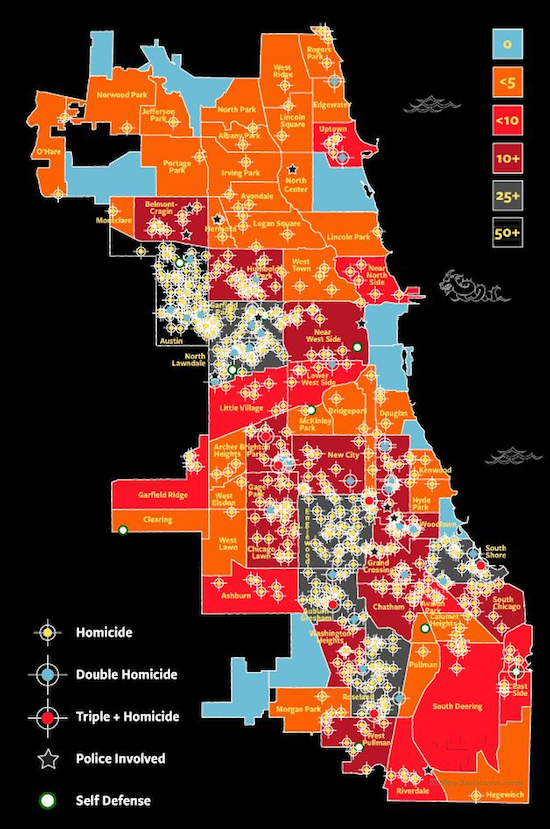 Finally, Chicago by distribution of votes for the current State's Attorney (i.e. prosecutor or District Attorney) for Cook County, Illinois (i.e. the city of Chicago), Kim Foxx.  She's a political activist who's been cutting back on pressing charges against criminals, and supporting politically correct demonstrations protests riots by not pressing charges against those arrested during them.  She appears to be loathed by most supporters of law and order in the city. 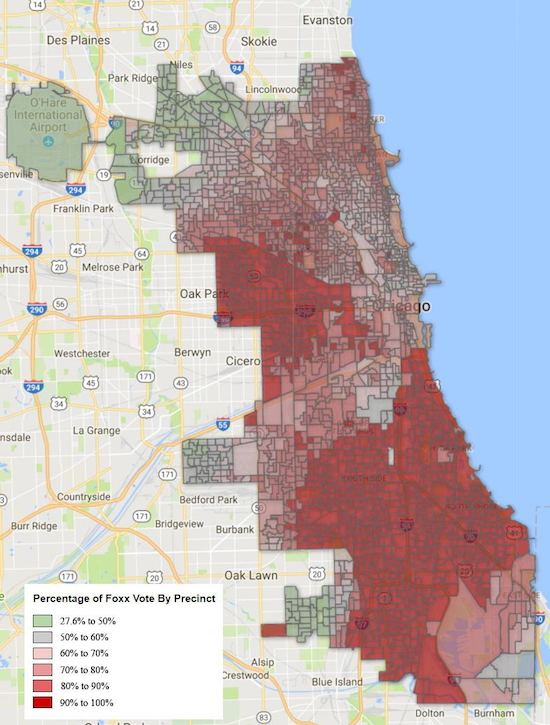 So the people (and folks) who are getting killed at the highest rate are the ones who put Crimesha into office?

Someone want to contact Eric Holder and see if we can't have that discussion he was always whining about?

Facts are facts.  They can be interpreted and "spun" and analyzed from all sorts of perspectives, but in the end, the numbers speak for themselves.  From the limited research that I've done, similar patterns may be found in most large American cities.

Go read the (currently) 85 comments beneath that article, many from Chicago cops (as are the authors of that blog).  They also speak for themselves.

This is the elephant in the room when it comes to race and crime, one we absolutely are forbidden to talk about: violent crime, especially murder, is mostly concentrated in a few zip codes that are also overwhelmingly black. All the talk of black Lives Matter, police brutality, systemic racism, "White supremacy", is just static to district from that fact.

Per the Chicago Sun Times $2 Million in support:
https://chicago.suntimes.com/politics/2020/2/20/21146269/george-soros-kim-foxx-bill-conway-states-attorney

DA’s are a cheap way to hugely influence the justice system. I don’t understand why...

High-density poverty is the problem. The most crime-ridden area in New York in the mid-19th century was the Irish tenement areas, Hell's Kitchen being the most famous.