The toilet as art???


The Palazzo Medici Riccardi in Florence, Italy, is playing host to a rather unusual exhibition. Life In Italy reports:

Inspired by Marcel Duchamp's infamous 1917 urinal artwork, 'Fountain', the exhibition's organizers asked 20 designers and artists to produce their own fantastical interpretations of toilets. 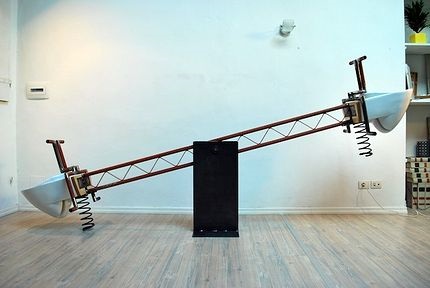 The finished products, which went on display in the Renaissance palace on Thursday evening, feature a range of designs. 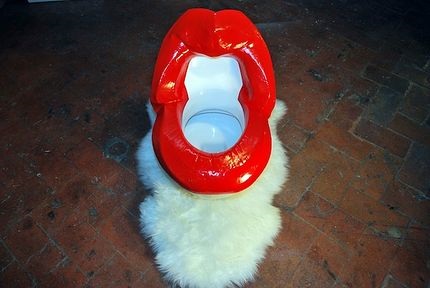 Some of the artists have converted WCs to apparently alternative uses, while others have taken toilets 'out of the bathroom' into more adventurous surroundings.

Judging by the descriptions in the article, I suspect most of the toilets have rather less utilitarian value than your average bathroom throne! However, I doubt whether the latter would ever qualify for consideration as an art form . . .

Haven't done anything with toilets per se, but once I did make a mobile for my barracks room using urinal cakes and some small submarine scale models.

The Chief of the Boat was not amused. :-)