Those of my readers who shoot firearms chambered in the Russian 5.45x39mm. round should note that further importation of the steel-core military version (7N6) of this round (shown below) is reported to have been banned. 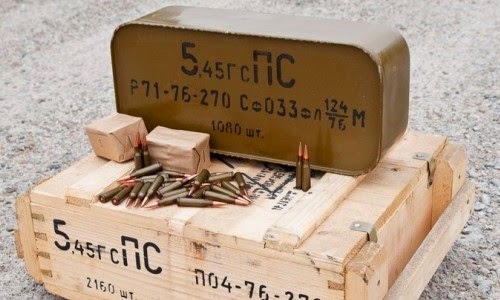 Full details are here (see the confirming update at the foot of the report).  As far as I'm aware, most (if not all) milsurp ammo in that caliber is the steel-core version, so if the report is correct, there won't be any more of it coming in (although civilian-grade ammo with non-steel cores will still be legal - or, at least, I assume it will).

You might want to stock up on the remaining supplies of 5.45x39mm. milsurp ammo before it runs out.  There's not much left out there.

Too late, price has already doubled and most sites are out of stock.

They will start a new revenue for people who smuggle it into the country. It happens with everything the government makes illegal.