I've been privileged to make the acquaintance of a few remarkable people.  Some are long dead, and forgotten by almost everyone.  One died a few days ago, and his life story is so extraordinary that he was known to and loved by thousands.  His name was Ian Player, one of the world's greatest conservationists.

His story is unique.  I can't possibly do it justice in a brief blog article like this.  He fought in the Second World War with the South African 6th Armored Division in the Italian campaign, sustaining an injury to his knee that plagued him for the rest of his life.  After the war he drifted through mining and other jobs before finding his metiér as a game ranger in Natal province.  It was there that he encountered the white rhinoceros for the first time.  He later recalled:

I had just arrived at the Imfolozi Game Reserve as a relief ranger and was there to do some antipoaching work. It was one of those heavily overcast days with a slight drizzle. I was on foot near Masinda Camp when two white rhinos came out of the bush. I was struck by their prehistoric appearance, like ancient dinosaurs emerging from the earth. The drizzle, the dark cloud, the flies buzzing around the animals as they moved – it all made a very great impression on me. I knew intuitively that somehow my life would be associated with rhinos – and so it has proved to be.

Dr. Player went on to be - literally - the savior of the white rhino, and of countless other species in Natal province, through his work in game conservation.  He was aided by his lifelong companion and friend Magqubu Ntombela, who is today honored in his own right as a conservationist. 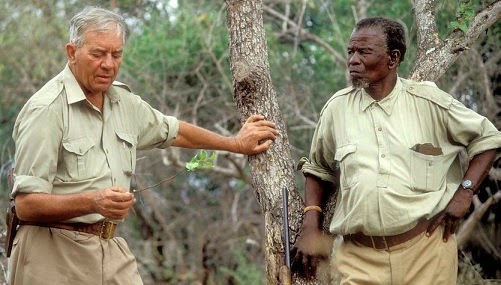 Together they oversaw the expansion of the white rhino population from less than 500 surviving specimens in the park to over 22,000 worldwide, fostering and encouraging their export first to other game reserves in Southern Africa, then to zoos and breeding programs worldwide (including the USA).

Dr. Player also ensured the survival of the unique St. Lucia wetlands;  he battled industrial and other threats to them over several decades.  In 1970 he famously persuaded the South African Defense Force to help him move crocodiles from a polluted area to one where they could survive.  He later recalled:

I approached Brigadier James Blatt; Officer Commanding Natal Command, and explained that we urgently needed a big helicopter to airlift the crocodiles from the Mkuze mouth to the Mkazama stream – a distance of probably 21 kilometres [just over 13 miles]. Brigadier Blatt was immediately sympathetic and said he would make a Super Frelon helicopter available. By the morning of the 4th September 1970 the Super Frelon was on its way to the top end of the Lake. 30 White and Black rangers volunteered to work round the clock in an untiring bid to save the crocodiles. The saurians were netted and then dragged to the shore. This was extremely dangerous and the rangers were constantly at risk of losing their lives. I must emphasize that the crocodiles were not drugged, but had Hessian draped over their heads in an effort to subdue them. Some of the crocodiles weighed 1,000 pounds (454kg). They were wrapped in canvas and then winched to the lower part of the helicopter and flown to the fresh water stream, where rangers from St Lucia were waiting to offload and release. 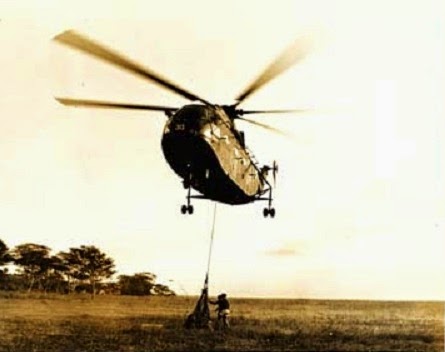 It was a spectacular effort by a phenomenal group of men to save the unfortunate crocodiles; which were so exhausted that they had to be moved physically to the stream. After sliding into the fresh water, the huge reptiles drank their fill and became visibly bloated before slowly swimming off. Over 50 large, mature and breeding crocodiles were saved. I remember Tony Pooley telling me that this breeding stock was very important for the survival of the crocodiles in the Lake St Lucia system. It had been a desperate time, but as always the Natal Parks Board staff, both Black and White rangers, rose magnificently to the task.

He did so much for the cause of wildlife conservation that I can't even begin to describe it all here.  Suffice it to say that he was a towering figure in the field, one whose contributions were probably unique.

As a sportsman, too, he cut a wide swath.  He founded the world-famous Dusi Canoe Marathon, which went on to become Africa's largest canoeing event, and won the inaugural race. 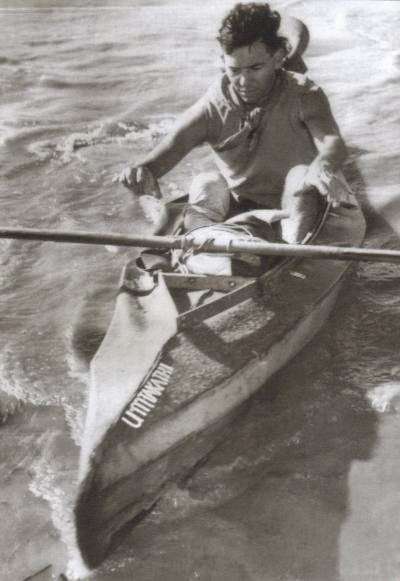 Next year's race will be dedicated to his memory.

I wish I had the time and space to write more about him.  He was - literally - a legend in his own lifetime.  His first book, 'Men, Rivers and Canoes', about his adventures on the MSundusi River, was a cherished childhood possession of mine.

You can read more about Dr. Player in his obituaries in the London Telegraph, the Scotsman, the New York Times, South African news site IOL, and at the Wild Foundation.  His brother, world-famous golfer Gary Player, has offered his own tribute.

Men like Ian Player are few and far between.  The entire world is poorer for his loss.  May he rest in peace, and may his Heaven be filled with the animals he did so much to save (and may they no longer try to eat him!).

What a remarkable man. Thank you for sharing him with us, who otherwise would have been poorer for not knowing.

Remarkable is right. And a great loss.