So much for the evil, racist, bitter-clinger gun nuts of Richmond!


Photographs taken at today's demonstration against Second Amendment restrictions in Richmond, Virginia.  All are sourced from various Web sites, and have been posted multiple times, so I don't know their origin.  If anyone took them and wants them removed, or a copyright acknowledgment, I'll be glad to comply. 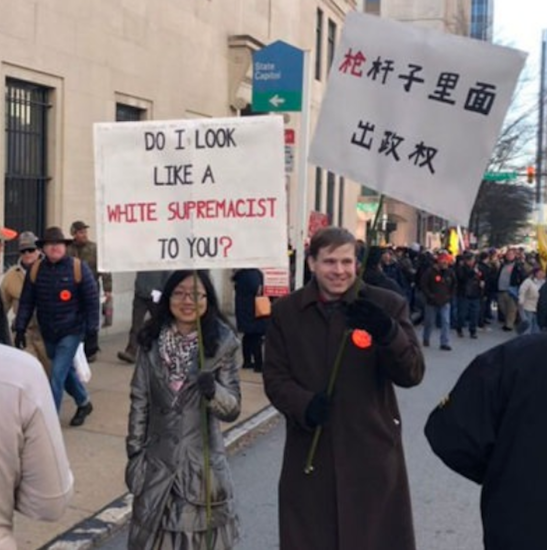 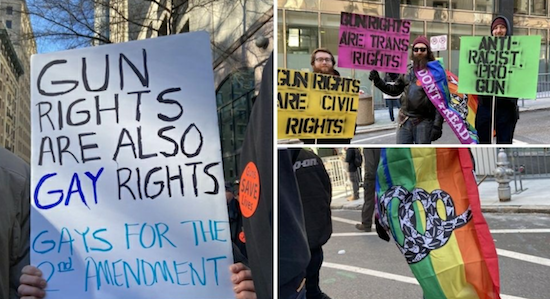 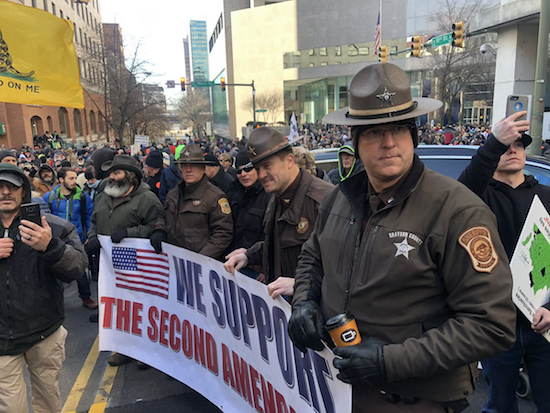 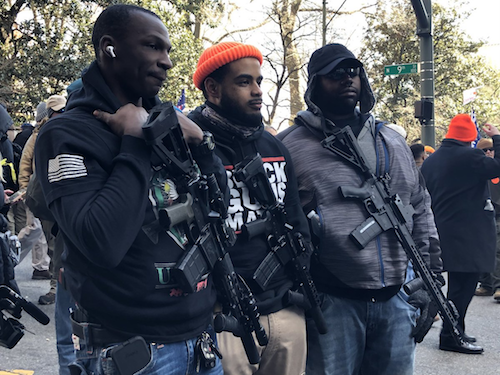 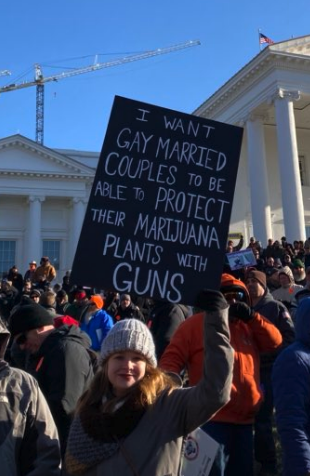 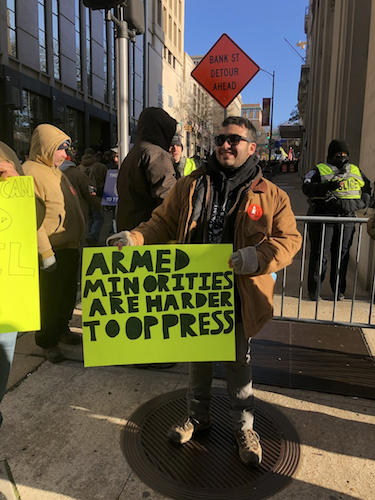 And did you notice how much of the left-wing mainstream media went dead silent on the subject, as soon as it became clear that the protesters were basically decent, law-abiding citizens protesting legislative overreach?  They wanted to blare banner headlines about racists and white nationalists - few, if any of whom made an appearance.  Only Fox News covered the protest in any detail, for which kudos to them.

I am relieved almost to the point of elation. And good to see so many folks with a good sense of humor about them.

Yep, only ONE arrest, and she was a possible Antifa...

I was there. I've NEVER seen a more peaceful riot :)

Peter, love blog and your books, and respect your opinion. However, I'm delighted to say you were wrong about this one.

As ever, the Babylon Bee nails it:
https://babylonbee.com/news/media-offers-thoughts-and-prayers-that-someone-would-start-some-violence-at-gun-rights-rally

Seriously, it was a great crowd. Everyone polite, respectful, most laughing and having a good time hanging out with fellow PotG. As hard as the WaPo tried to spin it even they had good things to say about the people at the rally/lobby day. A fine day. Got in to see my legislators and gave them a piece of my mind, which was the whole point of the day: Go tell your representatives what you think and how they can best represent you.

@Brother Pilot: I'm very glad to have been wrong. Nevertheless, I think that if anyone had started something out of line, the response would have been swift and draconian, and the mainstream media would have jumped all over it. Success today was due to the self-control and maturity of the pro-2A demonstrators. Kudos to them all.

I think the single, most poignant, picture I saw today was... someone with a Hong Kong flag. What is so sad is that so many won't understand what the flag was or what it symbolized.

What a better example of why our forefathers said the right to be armed comes not from government but from our Creator.

Great.
I very happy they didn't rack up a body count this time.
And they managed to not shoot themselves in the feet.
Tactical genius level skillz there.

And accomplished...what, exactly?
Gov. changed his mind? No.
Legislature pulling any anti-gun bills? No.
They're ready to stop further constitutional abuses by doing what, currently?

And Woodstock ended the Vietnam War how many years later?

" Woodstock ended the Vietnam War how many years later? "

When the Democrats surrendered to the commies.

Made it clear to the world - in particular, the governor, legislature, and media - that if they want to make the attempt to take our right to defend ourselves away, they will not be able to gloss that over with either the white-supremacist stereotype, or the trigger-happy-nut stereotype you imply, Aesop.

And that makes it easier to stop them, at the end of the day.

A good PR day for 2A supporters although it only put a slight dent in the the left wing anti gun narrative. Only a crushing political defeat of VA Democrats will set the tyrants back on their heals.

Hoping for white hoods and bloodshed which didn't appear, you're reduced to complaining about how peaceful it was?
It's got to be scary for you Lefties to realize that your days of trampling the Constitutional rights of Americans may be coming to a close.

And now they want to surrender to the jihadists. There is no enemy of America that the Democrats won't surrender to.

It's amazing how much common sense breaks out when you have several thousand armed men surrounding the police. Somehow, the police managed to not cause a riot inside the cordon.

There's a lesson to be learned here.

They showed that "guns kill people" is a lie. When a crowd with 10,000s of firearms gets together in one place and NO ONE gets shot and NO ONE gets killed and NO ONE gets injured it becomes plain that a) these are ordinary people, not "gun nuts" and that it's not the presence of guns that leads to shootings.

If nothing else it may encourage those on the sidelines that it is okay to stand up and vote for your rights. When the news is so terribly slanted it can feel like you are all alone, and you give up. Rallies like this MAY help by showing those in the shadows that there are a LOT of people out there like them. That alone is worth the risk.

You know what is so funny I drive a 6,000lb SUV...I have the ability to take out large numbers of people if I chose to do so....the same with my gun I could kill a number of people however in both cases I choose not to....however this crazy liberals can not understand this....I have been a gun owner for over 30 years and never an incident....the fact that I have a 130lb Bernese mountain dog could be a factor too.....LOL..

The fact that the locus of the event was surrounded by cops, weapons-free, and cordoned and screened by metal detectors will be used to prove that disarmed rallies are peaceful. That's going to be the narrative, and holding this rally will advance it.

The VA governator managed to inadvertently disarm the Antifidiots too. See if they repeat that mistake in the future.

As far as showing the VA government that gun owners won't be railroaded, I had thought that message was what flipping 90% of the counties to 2A sanctuaries was supposed to do.
So was it that, or the futile rally, that worked better in your estimation?

If rallies like this are such a great idea, why not have them every week?

How many gun bills will be pulled?
How many legislature votes will flip?
How many more rallies before Northam resigns, or changes his tune?
Ten?
Fifty?
Two thousand?
Inquiring minds would like to know.

This one of those times when the pollyannas can't have their cake, and eat it too.

Aesop is right in so much as legislatively, there’s little change in the course the D’s have embarked on.
However, a significant factor in yesterday’s peaceful outcome was the presence of not simply the weapons but the people wielding them.
A good many in that crowd were current LEO both uniformed and not.
In addition to actively policing the crowd itself, the presence of LEO gave pause to any ideas the other side may have had regarding starting some chit.
Tomorrow may be different but yesterday the disloyal opposition demonstrated they weren’t ready to literally go to war.
This will only remain the case as long as the commitment to stand against the politicians embraced by LEO remains obvious and firm.
The slightest opening and history will repeat itself as the conflict goes hot.

As an aside, I eff’n hate google but this needs say’n:


Without building official in-person relations in our communities from dog catcher to governor any efforts to resolve the erosion of personal liberties peacefully or otherwise goes into the toilet.

I spent a lot of the day watching various live streams of the event. I'm more than happy it went off without a hitch, even though I was expecting Charlottesville Part 2.

I was impressed at the crowd keeping their cool when groups like the Revolutionary Communists showed up and tried their best to provoke an incident. I was even more impressed that many of them brought trash bags and cleaned up after themselves. Very classy.

Don't rally, don't stand up and shout against the wind, and you end up with...

New Mexico (maybe there is something about aliens...)

4 borroughs of New York City controlling all of the state of New York.

If you don't stand up to tyranny, then who will?

If you don't stand up to tyranny, you end up a puppet of the tyrant.

Me? I write my congresscritters and local and state representatives. I talk to people out in the world whne I am shopping or at the various doctors. I engage in conversation and talk about issues of the day. I wish I could go protest at the state capital, or in Washington DC, but I am limited in physical range. But I can write, I can engage. I can do more than sit on my hands and disencourage others to stand up for themselves.

Maybe, just maybe, if all the supposed supporters of freedom would actually support freedom, we'd be more free.

Aesop, I cannot see this rally as a waste of time. Aside from the favorable optics, and the strong show of support for 2A rights, this was a chance for previously politically inactive people to participate in an activity that affirmed their position.

Take the long view. The Original Revolution wasn't started with huge public support. It took many activities, gradually building on favorable public opinion, to reach the flash point. The Revolution didn't start a Lexington and Concord. It started with careful attention to the things that people were pissed off about - the Stamp Act, the loutish behavior of the British troops to the populace, the tax on tea.

AFTER people had been sensitized to the abused, THEN cam in the actions - for example, the Boston Tea Party. Which was the practical application of what later became Alinsky's Rule 6: A good tactic is one that your people enjoy.

Get beyond believing that all protests have to end in politicians backing down, and groveling. For the most part, they won't.

Think of these protests being used to spread information and public awareness to the rest of us.