That's the opinion of lawyer Jim Bopp Jr., who's filed suits in more than one state to prevent unsupervised, check-and-balance-free postal balloting.

But organizations that have spent years reviewing the voter rolls in many states estimate that more than 20 million of the names nationwide are duplicates, people who have moved away, are deceased, non-citizens or felons who have not had their voting rights restored.

“Democrats have been trying to register everybody in the country and then fight purging the rolls of ineligible people, and now they want to mail ballots to every single one of them,” says Bopp. “It’s just like, talk about the most massive fraud scheme in the history of America. Makes Tammany Hall looks like a bunch of pikers, or the Pendergast Machine in Kansas City look like they didn’t even know how to steal elections.”

All-mail voting is not the same as absentee voting as voting absentee involves the voter requesting an absentee ballot, usually by mail, with a signature.

Some states have more stringent requirements than others. In Kansas, for example, people requesting an absentee ballot are required to send a copy of a driver’s license or State ID with the application for an absentee ballot.

“Part of the problem with this discussion is, we are familiar with absentee ballots, and that does involve quote mailing a ballot, end of quote,” says Bopp, “but there are numerous safeguards, the most important of which is the prior application. You have to apply.

“You have an audit trail, and all sorts of things. And that’s why a lot of these Democrats and liberal activists don’t like absentee ballot,” he says. “They want wholesale mailing out without application because it eliminates half the fraud protection.”

Equally dangerous, IMHO, is the push to legitimize so-called "ballot harvesting".  That resulted in all the Congressional districts in Orange County, CA - previously solidly Republican - turning Democrat in the last election, due solely to a flood of mail-in and absentee ballots "collected by volunteers".  Republicans used similar shenanigans to win an election in North Carolina.  The problem isn't limited to one political party.

I think there's likely to be absolutely massive electoral fraud this November as Democrats try to ensure, by hook or by crook, that they retain the House, take back the Senate, and defeat President Trump.  They've never forgiven him for defeating Hillary Clinton last time, and they want to make him a one-term President to exact revenge.  If they can't do that, they at least want to emasculate his policy agenda by controlling Congress.  Endangered Republican incumbents will be sorely tempted to indulge in shady tricks of their own to defend their seats, or unseat key Democrat players.  I think Mr. Bopp's warning needs to be taken very seriously indeed.

Perhaps we need to throw out every incumbent, irrespective of their party affiliation, and elect fresh blood? 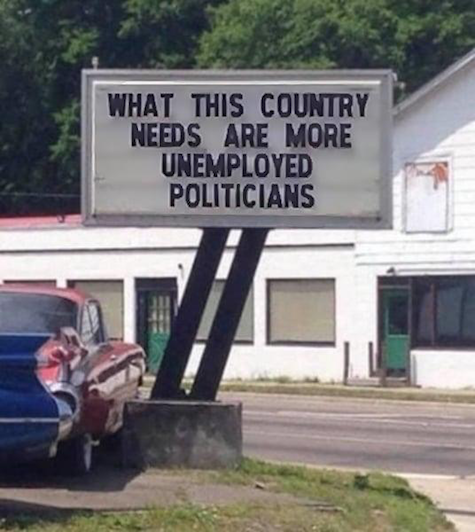 Amen to your last statement.

"Perhaps we need to throw out every incumbent, irrespective of their party affiliation, and elect fresh blood?"

No! No! A thousand times No!

So who is it that you want to throw out? Nancy Pelosi? Move to San Fransisco. Chuck Schumer? Move to New York. Not happy with your two Texas senators and your north Texas house member? Vote for their opponent this November.

Right now, I am happy with my two senators and my one house member. They, all three, pretty much vote exactly how I want them to. If you don't like them, then that's just too bad. For me to vote them out just because they are "incumbent"? That would mean voting for the Democrat this November.

It's about damn time!

Agree with all! This is a recipe for voter fraud, plain and simple!

Any tactic my enemy uses against me is meet for me to use against him.

The laws of war are enforced by the warriors. Lawyers always, always work for the enemy.