A fun hour at the gun shop


I'm preparing most of my shotguns for sale at present.  Due to my disabling back injury in 2004, which left me with a fused spine and nerve damage, I haven't used them very much since then.  As I get older and bits and pieces start to get stiffer and less mobile, adding to the injury complications, the heavy recoil of a shotgun has become just too much of a good thing . . . so it's time for them to go.  (The fact that shotguns appear to be fetching good prices at present is an added incentive.)

As part of the cleanup process, I inventoried my shotgun ammunition.  I was pleasantly surprised to find three cases of Sellier & Bellot 00 buckshot, 750 rounds in all. 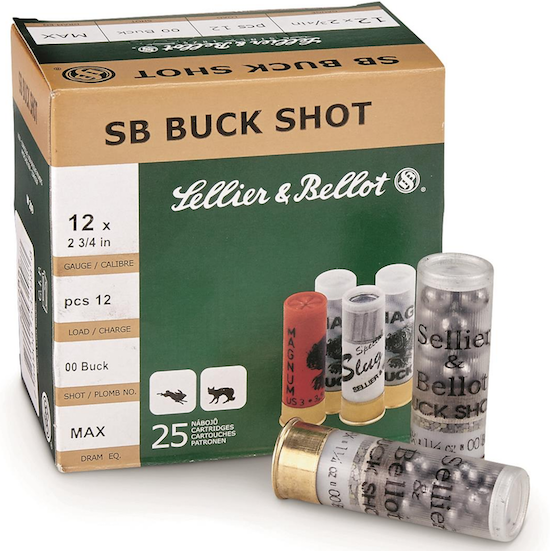 I bought four cases of it several years ago as training ammo (one can go through 50 rounds of buckshot in a day or two while teaching someone to use a shotgun), but only used one case before I cut back on my training activities.  I decided to keep one case, so I can give some to those who buy my shotguns, and sell or swap the rest.

My local dealer was very happy to hear about my find.  Apparently buckshot is very hard to come by at present, so he was more than willing to offer a good deal in trade.  I swapped my 500 rounds of buckshot for 500 rounds of Barnaul 7.62x39 HP ammo, plus 1,500 rounds of CCI AR Tactical .22LR.  I'd call that a fair morning's trading for all concerned, at current market values.

I happened to enter the shop as the dealer was examining a Micro Roni Gen4X Stabilizer pistol conversion unit, shown below (clickit to biggit).

It's a plastic and metal shell designed to wrap around a Glock pistol, allowing it to be used as a miniature carbine or PDW with an electronic or optical sight mounted on the top rail, a light beneath the barrel, etc.

I've tested earlier models of the Roni, but this one is new to me.  There appears to be something missing or broken.  My dealer took it in on trade, but hasn't been able to get it to function properly.  He's given it to me to take home and play with it, to see if I can figure out what's wrong.  That should be an enjoyable side project over the next few days, in between trying to write my next book, clean all my shotguns, prepare for house guests over the weekend, and take care of other business.

So, I went out yesterday morning with 500 rounds of ammo, and returned with 2,000 rounds plus a borrowed toy to play with, all for no cash expenditure at all.  I'd call that a good day!

Definitely a good trade.
What do you do to store ammo long term, like these cases? Location, packaging?

I need to get out my AK and practice with it; it's been a while since I shot it.

I will try to organize my ammo supplies, I got some good ideas from your readers. The nice thing is to find that you had ammo you had long forgotten about. Always a pleasant surprise.

Military ammo cans seem to be an excellent choice for storing ammunition, almost as if they were made for it! But get some big ones, like 40mm cans for shotgun shells, as I have never seen military cans for shotgun shells specifically. They may exist, I just haven't seen them. You can get magnetic labels that identify the contents for many many calibers and components.

Ammunition makes very good currency versus gold bars and such.

@Jonathan H: I usually store shotgun shells either in their cardboard cases, or in very large storage boxes like this one:

For handgun and rifle ammo, I use military 30-cal and 50-cal ammo cans.

@libertyman: I agree on using military ammo cans, but beware of the really big ones. When filled, they weigh so much that they're almost impossible to carry around. I've also seen some flimsier items of furniture literally break under their weight. I'd rather use more and smaller ammo cans, making the load easier to handle.

I typically use 30 cal cans, and sometimes 50 cal cans, though they can get heavy. I was hoping you had a more flexible or easier to handle storage option!

I've used the big dry boxes from Cabelas, however they get heavy quick. I keep them for lighter uses, like collecting ammo, pistols, and accessories to take to the range.

When I worked at the power plant, one of my duties was to assist in shooting down 'clinkers' in the boilers. For this purpose, we had a pair of Remington 870s. Our record for one shoot down was a bit over three cases of #4 buckshot, probably 800 rounds. 🤢 Owie.

Firearms are flying off the shelves. I think your instincts are correct. This is a good time to sell if you're inclined to do that.

.30 cal and .50 cal cans, and their plastic (with rubber gasket seal) equivalents work well for shotgun ammo, too. I've got a .50 can of buckshot and a .30 can of slug and another of birdshot.

Best way to store the cans is on the floor. But put down two 1x2s or 2x4s to get them up off the direct floor so as to not encourage moisture development.

Ifn you want to shelve them, cinder blocks and pine boards (not particle board) or pallet slats make cheap shelves. But only go like 4 .50 cans wide, as they will get heavy.

Or get one of those heavy duty shelving units that look like a lighter version of warehouse shelving. If the 'shelf' is wire, put a piece of 1/2" plywood on top, again because the concentrated weight of a full ammo can is rather hefty. And keep the ammo on the lower shelves and put lighter stuff on the upper shelves so you don't manage to squash you, your spouce, your kids or your pets if the shelf falls. And, again, put the shelf-unit feet up on wood blocks to keep them from cutting the carpet or flooring (if installed indoors) or from rusting away from ground moisture (if installed in a shed or garage.

I know one guy who has exclusively .30 cal cans. Repainted with magnetic labels showing what caliber and type (FMJ, PBJ, etc) the box is. Pistol cans are white, rifle blue, shotgun yellow. Of course, he also has his sock drawer divided by thin strips of cedar so the white socks don't touch his black socks and the brown socks stay to themselves. A little overboard, but I do like his mag labels.