Theme music from various forms of entertainment has been a staple of our existence for millennia.  Opera is one of the best-known examples:  the music from stage performances is often played in completely different settings, divorced from the opera's action, providing entertainment in itself.  Movies are another staple from the last century or so.  Their music has sometimes been good enough to stand on its own, and be played without reference to the plot, actors, etc. where it originated.  Examples are legion.  To name just a few:

Some films that have been less than successful have nevertheless produced some really good theme music, that's played more often than the movies themselves.  This morning I'd like to mention the 2002 remake of "The Time Machine", based on the 1895 novel by H. G. Wells and the earlier, more successful 1960 movie. 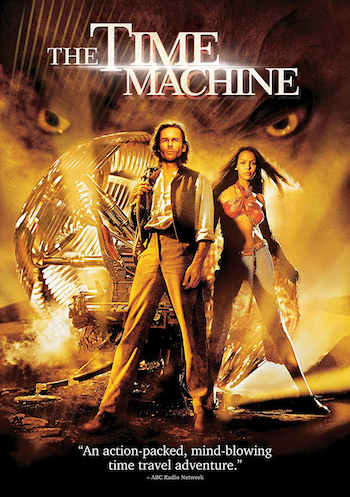 The soundtrack from the 2002 movie has taken on a life of its own, and is widely regarded as more successful than the film itself.  Here are two selections from it, the first orchestral, the second vocal.  (The similarities to African tribal music found in the second selection are particularly appealing to me, for obvious reasons.)