How do the Italians achieve the "tactical Ferrari" look?


There's something about Italian designers that I can't quite put my finger on, but which shows through in almost everything born in that country.  It's an élan, a visual zeitgeist, a style that's very distinctive.  One sees it in Ferrari and Lamborghini automobiles, in Piaggio executive aircraft, in Aermacchi jet trainers, and so on.

It's even visible in military vehicles to some extent, despite their excrescences of armor plate, guns, radio aerials and the like.  Courtesy of SNAFU, we find the LTATV (Light Tactical All Terrain Vehicle). 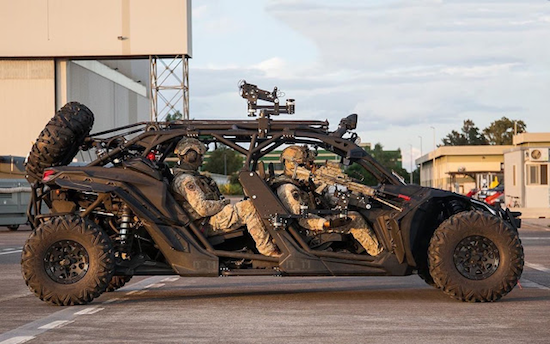 Even stopped like that, it looks like it's speeding. It's a visual impression that's in stark contrast to, for example, the Polaris MRZR, used by US Special Forces. The latter is a very good vehicle that's "earned its stripes" the hard way, but compare its optics to the Italian vehicle.  The LTATV is the top image, with the MRZR below it. 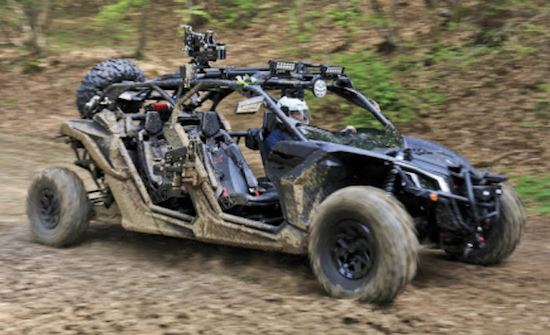 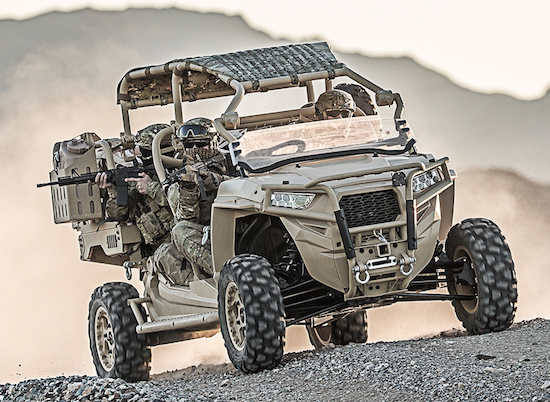 The LTATV just looks "cooler", to coin a phrase.  The MRZR looks "chunkier", more aggressive, but less graceful.  (Also, with all due respect to Polaris' marketing department, that MRZR is far too clean!  There's no way that's a realistic portrayal of a combat vehicle moving over rough ground!)

I could highlight similar national differences in design.  Compare, for example, Soviet or Russian combat aircraft designs to their American counterparts.  The former appear more muscular, as if to brute-force their way through encounters;  their US equivalents are generally more graceful, with smoother lines.  Compare French Mirage and Rafale fighters with their contemporaries from either Russia or the USA, and you'll see another national emphasis;  smaller, more "svelte" aircraft, but still very good performers in their own right.

What other contrasts can military veterans offer, where national characteristics show up in how weapons and equipment look?  For example, are not "technicals" and improvised VBIED's a very visual reflection of the sort of societies where they're encountered?

Italians are very 'tactile', and love the feminine form... Russians are brute force, French are basically lazy/indolent, and the US is businesslike...

Kent Anderson pointed out the difference between the USA and the USSR very clearly in 'Sympathy for the Devil'. Comparing the M16 and the AK47 and their respective cartridges, he described it along the lines of 'They're shooting at us with their peasant women and we're shooting back with our ballet dancers'.

I think meme #10 in your recent post "Memes That Made Me Laugh 15" captures the difference between the US and Russian outlooks.
And I say that as an AR owner...

Honestly, I'd rather be in the MRZR. The LTATV has much less headroom, making it much slower (and more painful) to get into and out of. It also has minimal cargo space, unlike the MRZR. 'We have too much ammo' said no one ever. Likewise food, water, medical supplies.

Russians like stuff that's easy to make and repair. Europeans go for fancy and expensive. Americans like mass production, but we want reliability and efficiency in there as well.

The Rafale is definitely sexier than the Eurofighter.

Lawrence of Arabia and his fleet of armored Rolls-Royces comes to mind.

Could be wrong, but looks like the Wopmobile has less ground clearance — perhaps they consider Monster Trucks to be some awful American Vulgarity?

Damn, it looks good though!

Low clearance and a long wheelbase = easy to get stuck on rocks.

The LTATV looks like it is built for fast travel on muddy but fairly smooth roads. I cant't tell if it is AWD or not.

Russians: Quantity has a quality of its own.

If you're going to war, you might as well look fabulous.