Farewell to a true heroine


The word 'hero' is grossly misused today. Sports figures who score a thrilling goal or touchdown; public figures who use their position in the spotlight to advance a particular charity or cause; these and many others are called 'heroes'. They're not.

A real heroine has just left us. If you want to know what true heroism is, take a few moments to think about her life. 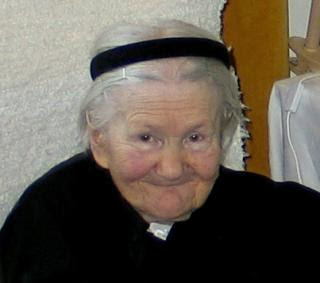 Irena Sendler was a social worker in Warsaw, Poland, when Germany occupied that nation in 1939. Almost immediately the Jews of that city were confined in the infamous Warsaw Ghetto, which existed from 1940-1943. Even before the ghetto was established, Sendler began helping them.

As an employee of Warsaw's Social Welfare Department, Sendler had a permit to enter the Ghetto to check for typhus and other infectious diseases. She used that to smuggle Jewish children out, giving them Catholic identities so that they could be raised in secret by sympathizers outside the Ghetto. Babies and infants were smuggled out in ambulances or public transport, sometimes disguised as bundles of belongings. Teenagers were rescued from work gangs sent outside the ghetto. She kept records of their real identities on scraps of paper, which were later buried in a jar under an apple tree until after the war.

Sendler even went so far as to wear a yellow Star of David, symbol of the Jew under Nazi rule, when inside the ghetto, exposing her to the real risk of brutality or deportation to a death camp without warning. She did it, she said, as a 'sign of solidarity' with the Jews. 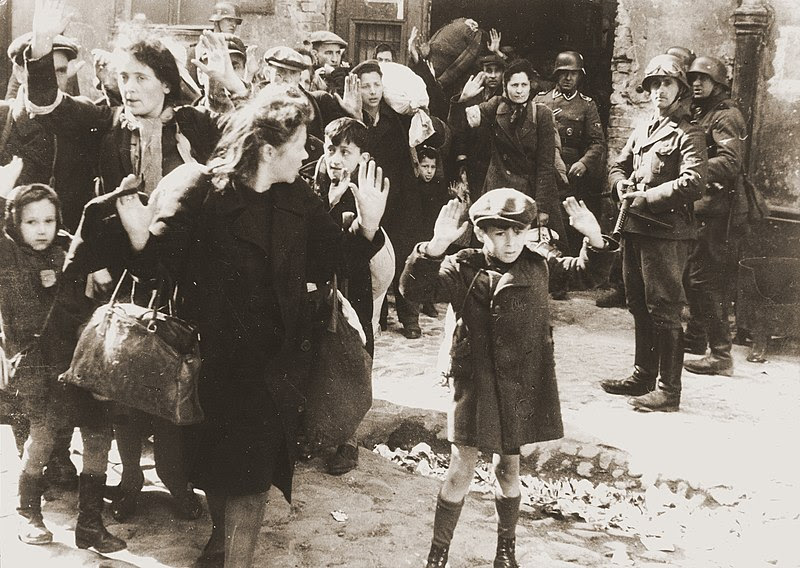 The Germans steadily reduced the population of the Warsaw Ghetto from approximately 450,000 to a mere 71,000. This was done through forced transportation to concentration camps, and a steady rise in deaths from disease caused by overcrowding (over 100,000 inhabitants of the Ghetto are estimated to have died from this cause).

In 1943 the survivors rose in rebellion, knowing that their fate was sealed whether they won or lost. From January to April they fought a hopeless, doomed battle, astonishing the Germans with their courage. Eventually, to subdue them, Nazi forces had to fight block-by-block through the ghetto, blowing up every building. Almost 57,000 Jews were eventually killed in the fighting or deported to concentration camps (where most suffered the same fate). 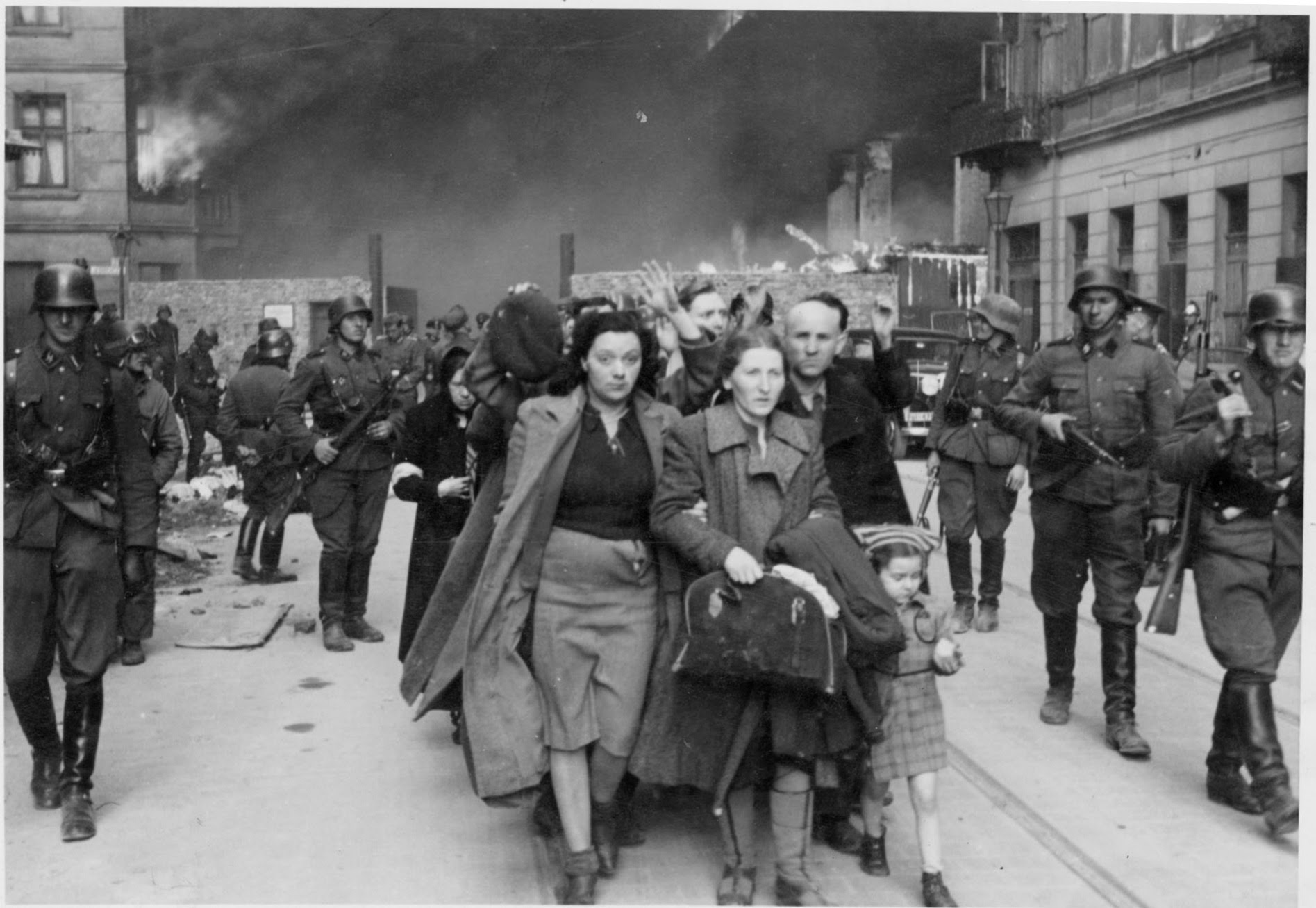 Irena Sendler was finally exposed and arrested by the Gestapo in 1943 as well. They tortured her brutally, leaving scars on her body which never faded. Despite their tortures, she never gave away even one of her assistants, or the identity of a single Jewish child she had rescued. She was sentenced to death, but her associates bribed a German guard to smuggle her out of the prison. She was dumped in the woods, arms and legs broken, unconscious, and later rescued.

Even this did not deter her. She recovered, and for the rest of the war worked under an assumed name, in constant peril of instant execution should the Germans discover her. After the war she recovered her records of rescued children, and identified them to the authorities. Most emigrated to Israel.

She was always modest about her work, but was honored all over the world.

Irena Sendler did not think of herself as a hero. She claimed no credit for her actions. "I could have done more," she said. "This regret will follow me to my death." She has been honored by international Jewish organizations - in 1965 she accorded the title of Righteous Among the Nations by the Yad Vashem organization in Jerusalem and in 1991 she was made an honorary citizen of Israel. Irena Sendler was awarded Poland's highest distinction, the Order of White Eagle, in Warsaw Monday Nov. 10, 2003, and she was announced as the 2003 winner of the Jan Karski award for Valor and Courage. She has officially been designated a national hero in Poland and schools are named in her honor. Annual Irena Sendler days are celebrated throughout Europe and the United States.

In 2007, she was nominated to receive the Nobel Peace Prize. At a special session in Poland's upper house of Parliament, President Lech Kaczynski announced the unanimous resolution to honor Irena Sendler for rescuing "the most defenseless victims of the Nazi ideology: the Jewish children." He referred to her as a "great heroine who can be justly named for the Nobel Peace Prize. She deserves great respect from our whole nation."

During the ceremony Elzbieta Ficowska, who was just six months old when she was saved by Irena Sendler, read out a letter on her behalf: “Every child saved with my help is the justification of my existence on this Earth, and not a title to glory,” Irena Sendler said in the letter, “Over a half-century has passed since the hell of the Holocaust, but its spectre still hangs over the world and doesn’t allow us to forget.”

Rest in peace, Ms. Sendler, and may flights of angels speed you to your reward. Thank you for showing us what true heroism is all about.

They had a choice between Irena Sendler and Algore... (sigh)

Amazing woman. May God hold her in the palm of his hand.

I'm ashamed to say this is the first I've ever heard of this woman, but there are tears in my eyes as I read of her courage and compassion. Surely there is a special place reserved in heaven for her.

In My Hands , by Irene Gut Opdyke , tells the story of a young Polish nursing student who helped save the lives of Polish Jews during World War 2. She later immigrated to the US.

The tradition among my people is to say, "May her memory be a blessing."

How inadequate; could there be any question of that?

Like randy, I am shamed that I had not heard of Irena. She did what we all might hope we would do. Such tremendous courage and strength. Thank you for your post.

Wow. There are really no other words. Any word you use to describe such a human being would be inadequate by default. God, words truly fail me.

It's good to know there have been people like this in the past, and to hope that there still are. Thank you.

Let no one forget that the Red Army, on orders of Stalin, stood by and let the Warsaw Jews die rather than save a remnant of Polish heroism.

The Soviets did not stand by and let this happen. During the clearing of the ghetto in early 1943, the Germans were still deep in the Soviet Union. Don't confuse this with the Warsaw Uprising of September 1944, when Soviet forces along the Vistula did stand by and do nothing for the Polish nationalists.

Regardless, Irene Sendler was a hero in every sense of the word. May God Bless her in every way.

"Rightous" and "Heroine" really do not begin to discribe this lady....

All honour to her name.