A different kind of formation


Most of us, I'm sure, are familiar with the Red Arrows, the aerobatic display team of the Royal Air Force. They're among the top performers in the world at their demanding profession. 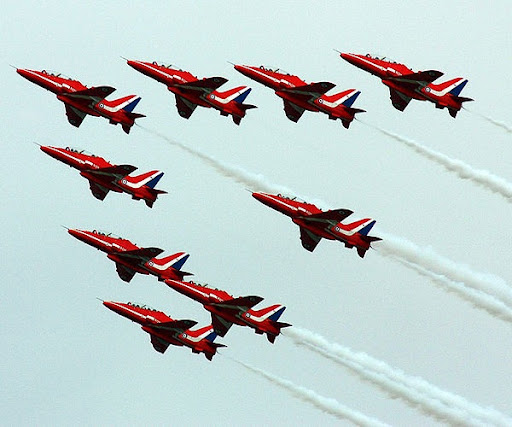 It seems they recently swapped their jets for rather more mundane transport, in the interests of charity.

How long does it take the Red Arrows to get from Lands End to John O’Groats? That depends. In their usual Hawk jets, it’s just over an hour to cover the 1,000 miles. But this September it’ll take them four days, as they’re swapping supersonic planes for super-cool scooters. 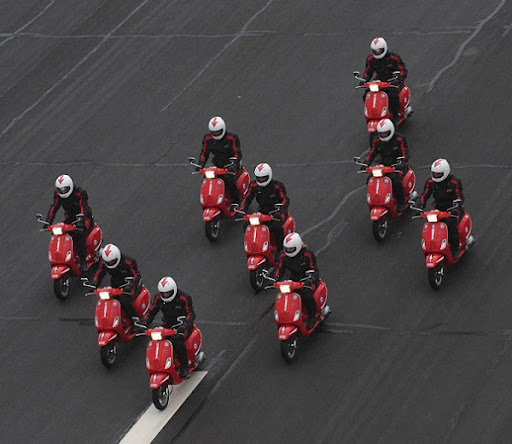 The RAF display team are aiming to raise money for five charities by doing the marathon ride on 125cc Vespa scooters. Some of the pilots already ride motorcycles, others have taken their CBT specially so that all 14 of them can ride together.

The ride was organised by Flight Lieutenant Mike Ling, who says, "I have always wanted to ride a Vespa from Land's End to John O' Groats, so I decided to do it at the end of our display season. The other pilots wanted to get involved as it's such a great opportunity to raise money for good causes."

There's more at the link. Apparently the ride went smoothly, although I've not yet found out how much was raised for the designated charities. Here's a video clip of their preparations.

I wonder if we could get the Thunderbirds or the Blue Angels to do a coast-to-coast run to raise funds for the families of service personnel who've become casualties in the War on Terror? I think 125cc. scooters might not be the most practical transport for such a ride, but I'm sure Harley-Davidson could suggest something more appropriate!