The funny side of music, Part I


A few weeks ago I published an article linking to several music videos of Tom Lehrer. In talking about them with others, I've found there doesn't seem to be a wide appreciation of the rich field of musical comedy among people today. I have to admit, I find this strange, as I grew up to enjoy 'funny music' on an almost daily basis. My family would gather around the gramophone and roar with laughter (and sing along) to the music of Flanders & Swann, or Rolf Harris, or Lonnie Donegan, or a number of Irish singers.

Anyway, I'd like to do something to re-introduce my readers to many of those now-almost-forgotten musical legends. I'll start tonight with a song firmly based on history. 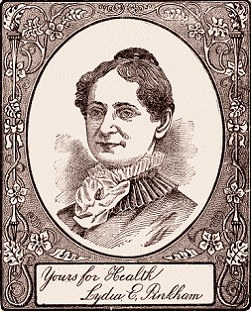 Lydia Pinkham was the developer and marketer of what she called her 'vegetable compound', a patent medicine popular in the late 19th and early 20th century to treat 'female complaints' (i.e. menstruation and menopause). A popular tune, 'The Ballad Of Lydia Pinkham', subsequently became popular, particularly among servicemen (at the end of World War II it was the unofficial regimental song of the Royal Tank Corps, according to Wikipedia). The verses were more than a little scatological, referring to the (imagined and/or desired) effect on women of drinking Mrs. Pinkham's 'medicinal compound', as the song called it.

In 1968 a British group, The Scaffold, 'cleaned up' the verses and recorded a revised version of the song - and to everyone's surprise, it shot to the top of the UK hit parade for a few weeks. I was ten years old at the time, and remember singing it in chorus with my father (who taught me some of the military verses, to my mother's extreme displeasure!) It's remained a favorite of mine.

if you enjoy musical comedy, have you heard the more recent group, "Arrogant Worms" ? they have songs like "The last saskatchewan pirate" and "carrot juice is murder"

Another tibdit about "Lily the Pink," one of the co-writers was Paul McCartney's brother!

Somewhere around here I have a copy of the Irish Rovers doing Lily the Pink. Have to hunt it up.
Rey B

I miss 'em, too. Tho, sometimes it
seems current mixing has the music
overpowering the lyrics. Can you
imagine "Modern Major General"
buried in sound and seeming as
witty?
Anon, Don