Hats off to the US Coast Guard


I've always had a lot of respect for the men and women of the US Coast Guard.  Not only do they do their best to secure our maritime commerce, they put their lives on the line to rescue those who are in trouble or in danger, despite risks to themselves which are sometimes very great.  As their unofficial motto puts it, "You have to go out.  You don't have to come back."

A few years ago we learned that the Coast Guard was searching for the remains of one of its aircraft that crashed in 1942 while on a rescue mission in Greenland.  Two crew members and a previously-rescued survivor went down with the plane.  In 2010 the New York Times reported:

68 years later, the Coast Guard has commissioned a private recovery team to try to locate, excavate and repatriate the three men entombed in a J2F-4 Grumman Duck biplane in a glacier here. 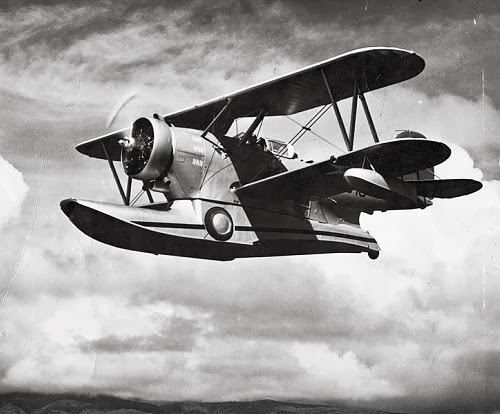 The team set out last month with an arsenal of top-of-the-line technology: ground-penetrating radar, which can detect metallic objects close to the surface; advanced ice-melting equipment, which can pinpoint buried objects as it dissolves the ice around them; and a camera that can take pictures from inside deep hollows of ice.

The team also installed two GPS devices that will track the movement of the glacier in question. The goal is to find the servicemen before their relatives are dead and the ice where they are buried moves out to sea.

“Any branch of service wants to recover their fallen members, if they can,” said John Long, a Coast Guard master chief petty officer and the head of the “Duck Hunt” recovery mission. “It’s the right thing to do,” he said.


There's much more at the link.  Interesting and recommended reading.

It seems the Coast Guard's long search has at last been successful.  In a tender request for 'Arctic Excavation and Human Remains Recovery', the service says:

The United States Coast Guard has located a downed J2F-4 Grumman Duck aircraft in the arctic of Greenland that was lost during World War 2. The aircraft is in a remote region of the arctic and buried under 40 feet of ice. The USCG has a requirement to contract out the planning, documentation, set-up, and action required for the establishment and maintenance of a temporary arctic staging camp along with the excavation and retrieval of the deceased airmen and their personal effects. The remains will then be transported back to the United States.

Based on the above, the USCG is seeking capabilities statements from businesses that can provide these services in a potentially dangerous arctic environment. The mission must be performed between July 1st and August 12th due to severe arctic conditions.

The Coast Guard is really 'going the extra mile' on this one.  It must have cost a pretty penny to mount the searches required to locate the aircraft.  Over and above that, I can't imagine the recovery operation will cost less than six figures - it might run well into seven.  That's a whole lot of trouble and expense in order to bring home the bodies of two of its long-dead personnel and the person they died trying to rescue.

It speaks well of the service that it's prepared to go to such lengths.  Kudos to the Coasties!

At some visceral level, people are more willing to put their lives on the line if they KNOW they will come back dead or alive. It's good PR. You do not leave your people behind even after they've given their all. I need another drink.

i hate to be the cynic but i see this as a cover to determine if there are any mineral deposits worth pursuing in that region. the Arctic is the next hotspot and almost every nation is putting together a force to go up there and claim territory and make a run on the natural resources. we'll know for sure if its a cover story or not depending on who gets the contract. a university probably means its legit. if its l-3 or SAIC or GOD forbid Triple Canopy then its a cover story.

Kudos to them for following up.

Solomon, FYI we've been in the Arctic for 30 years doing research... your comment is despicable...

BTW, as a followup to my earlier comment, we had an F-14 splash where the crew couldn't eject. The helo wouldn't put PJs in the water due to the sharks. I understood the reasoning, but still, there was at least one deployed chute. Jeez, I haven't thought about that in years... I'm done drinkin' tonight.

Maybe if it was on the Alaska side. Greenland belongs to Denmark, Solomon. No point in the US doing the research when we'd have to buy the island from the Danes to exploit it.

Besides, these are the guys who go out when stupid drunk sillyvilians don't know that 'small craft warning' means THEM.

Seen 'Most Dangerous Catch' (or one of the other fishing shows)?

When the cameraman is so dehydrated from seasickness that he starts going into seizures, the Coasties have to fly out into a North Atlantic hurricane to go rescue the poor dude before he dies.

Or when a Japanese fishing boat has engine trouble for so long that they're IN THE SURF by the time the closest rescue unit arrives. USCGC Ikona, a former Navy deep sea tug was in water so shallow that her screws were picking up house-sized boulders and throwing them clear of the water. But the Coasties were still there, and saved that fishing boat and it's crew.

I'm Navy, so I bag on the Coasties a lot (dang puddle pirates). But I know that when the SHTF out on the deep blue, the Coasties will come running where it splatters.

I'm most of the way through reading Frozen in Time LP: An Epic Story of Survival and a Modern Quest for Lost Heroes of World War II by Mitchell Zuckoff which tells the story of both the recovery mission and the aircrews that they were trying to rescue. It's a good read and the story of winter survival in Greenland is pretty compelling and perhaps an even more interesting aspect of the story.

I retired from the Navy, but I began my military career as an E-1 in the USCG. Between the two, I've been underway for more time than I care to count. They both go places, at times, most people would not go to go to do things most people are unwilling to do. That said, Coasties probably have a better understanding than most of the the Breton Fisherman's Prayer: "Oh God, thy sea is so great and my boat is so small..."