The perils of bush flying in Africa


I've flown I-don't-know-how-many thousands of miles across Africa in so-called 'bush planes';  smaller, lighter aircraft with STOL characteristics, able to get into and out of rough, unprepared airstrips in the back of beyond.  They've ranged from the Atlas C4M Kudu (a license-manufactured version of the Aermacchi AL-60, which in turn was developed from a Lockheed prototype) to the classic Cessna 185;  from the tiny Piper Cub to the twin-engined C-47, LET 410 and Twin Otter;  from the slow, stuttering Tiger Moth to the smooth hum of the turbine-powered Pilatus PC-6 and Cessna Caravan.  Each has had its own fascination, and produced its own memories (some rather more memorable than others!).  Miss D. has flown in plenty of Alaskan bush planes (that's where she learned to fly), so she has her own stories to tell about them.  It's one of the things that drew us together.

Bush aircraft in Africa have to use some of the world's roughest, most backward airstrips, places where locals graze their sheep and cattle (because it's easier to watch them, and to see predators coming, where the bush has been cut back - and a bush airstrip is sometimes the only place like that for miles).  As a result, predators also look there for prey.  To make matters worse, larger animals don't like having to push their way through thick bush;  so when they find a nice open area, they naturally assume it's for their benefit, and take it over.  Furthermore, they don't want to move.  They like it there.  If you buzz them at low altitude, trying to make them clear the runway, they tend to become rather irate with you . . . and they've been known to demonstrate this on your aircraft once you're down!  Some won't move at all - or, worse still, run into your path as you land.  That can lead to this sort of thing. 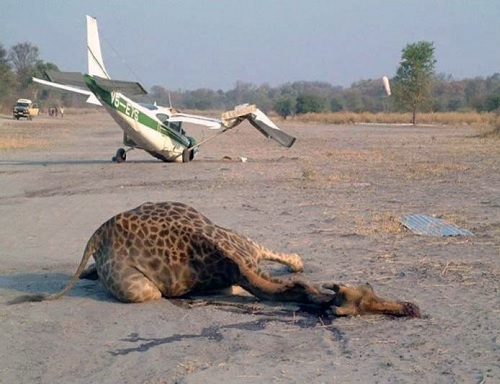 Others will merely treat your aircraft as a convenient sunshade. 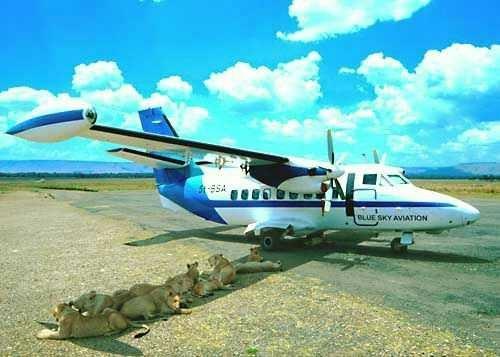 Sometimes bush pilots 'get lucky' (sort of), and find a semi-prepared strip waiting for them.  Here, for example, is the 'airstrip' at Walikale in the Congo - which is actually a local road!  I've landed at this very place on more than one occasion.  (Note the two wrecked Antonov An-2 biplanes at the start of the 'runway'.)  The aircraft from which this landing was filmed is a Cessna Caravan.

If you want to see what that 'airport' looks like when it gets busy, check out this video clip of a LET 410 landing and taking off there - with three more of them already on the ground at the far end of the 'runway'!  (You'll have to forgive the lousy music track.)

Of course, bush 'runways' can have man-made hazards too . . . like locals who park their pickups just where you don't want them! 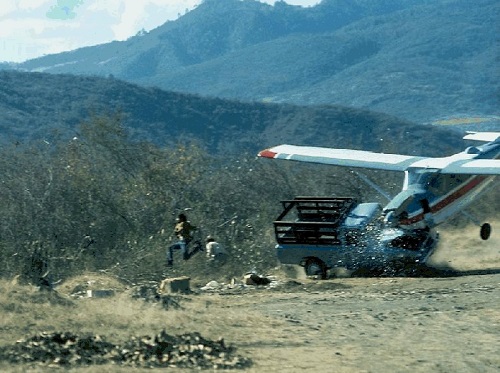 Note the legs of the running man nearest the camera.  I wonder how fast he was moving?

That first picture is crazy

How fast was he moving? Just fast enough ... LOL!

Geez. I'll quit complaining about the starlings that nest on my aircraft now.

Pack horses on the airstrip in BC always got my attention but they just kept eating when we flew right over there backs and landed.

Scared the crap out of me.

Considering how F-ing difficult it is to wreck a AN-2...you'd think this would be a warning to others!