The disconnect between liberal/progressive academics and reality


I'm still shaking my head at the sheer, utter stupidity on display in a US News discussion about the impact of Obamacare on jobs.  Here's an excerpt.

What the truth might be, and what few politicians would dare say, is there might simply be some value in lower economic growth.

Initially, says one expert, there will be benefits in the fact that there is plenty of slack in the labor market. The combination of many unemployed Americans and many people finding jobs just to get insurance means that if a few people cut back their hours, there will be more hours for the people who want them. In and of itself, that theoretically means people will be much happier, says Ken Jacobs, chair of the Labor Center at the University of California-Berkeley, though that effect would dissipate as the job market improves.

The ultimate question is a question of philosophy of government: especially at a time of economic weakness, can any more hits to growth be tolerated, or is the populace’s welfare the ultimate good?


There's (unfortunately) more at the link.  Bold underlined text is my emphasis.

The obvious, screaming, in-your-face problem with this perspective is simple.  Who decides what constitutes "happiness"?  Who decides what constitutes "the populace's welfare"?  Who determines what is (or what should be) "the ultimate good" of the populace, or a society, or a nation?  Clearly, the 'enlightened' (doubtless including Mr. Jacobs) would opine that we can leave those decisions in their hands.  Personally, I'd rather fire every one of these academics in their left-leaning ivory towers, and trust those who've actually worked for a living.

Meanwhile, in the real world: 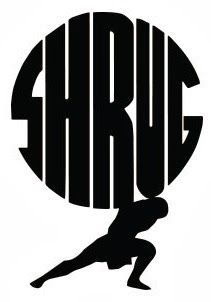 This would take place at the top floor, I imagine. We could even bring the Karl-Gerat out of retirement for the occasion!

You have asked precisely the right questions. That sort of murky utilitarianism is the foundation of oligarchy. Keynes called it the rule of a "wise minority." Most power-seekers either believe in that arrangement without question, or use it as a benevolent veneer over their true orientation and intentions. I'll have a piece up about this (and related subjects) later today.

BRM has the right of it. Fire them IN the tower....or put another way,'fire' (burn) the tower with them in it. This has the added benefit of ridding us of the damned tower too!

I want to work full time. I'd like to be paid commensurate with my education, like my profs said I would be. Neither one are happening, thanks to Fed stuff and state stuff. So I'm pulling together two paying "jobs" and a non-paying academic thing. Am I happier than I was when I worked full time? Aw helk no! [steps off soapbox]

The bleakness is so depressing.