In Memoriam: Ray Carter (a.k.a. Freethinker) 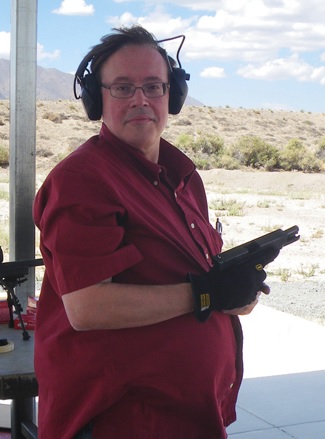 Ray had been suffering from a recurrence of cancer that he hoped he'd beaten a couple of years ago.  Sadly, this time, the cancer won.

Ray was an activist for gun rights.  He worked for the Second Amendment Foundation as its Director of Development, and was also active in the gay community, encouraging its members to defend themselves (lawfully, of course) against attack by those who stigmatized them in any way.  He was also a heck of a good guy in his own way, with an absolutely wicked sense of humor (which he would doubtless have preferred me to call "absolutely fabulous!").

So long, Ray.  It was good to know you.  Rest in peace, buddy, until (please God) we meet again.  Thanks for the memories.

Labels: Faith and life, Firearms, Friends, In Memoriam, Other blogs, Sad
Email ThisBlogThis!Share to TwitterShare to FacebookShare to Pinterest

Gonna miss ya GC, I am glad to have had you as one of my "fake interweb friends". Hadn't interacted with him in awhile and just assumed things were ok.

I only found out about Ray last week when Rita let everyone know he was on his way.
I'm truly sorry I didn't know him.
Of course, we cannot know every good soul on the Internet.

I AM sorry for your loss.