Robert M. Pirsig, author of the 1974 cult classic book 'Zen and the Art of Motorcycle Maintenance', has died. 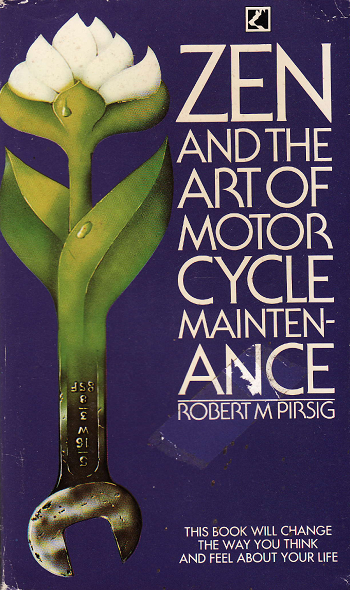 In the nearly five years it took Robert Pirsig to sell “Zen and the Art of Motorcycle Maintenance,” 121 publishers rejected the rambling novel.

The 122nd gently warned Pirsig, a former rhetoric professor who had a job writing technical manuals, not to expect more than his $3,000 advance.

“The book is not, as I think you now realize from your correspondence with other publishers, a marketing man’s dream,” the editor at William Morrow wrote in a congratulatory note before its 1974 publication.

He was wrong. “Zen and the Art of Motorcycle Maintenance: An Inquiry into Values” sold 50,000 copies in three months and more than 5 million in the decades since. The dense tome has been translated into at least 27 languages. A reviewer for the New Yorker likened its author to Herman Melville. Its popularity made Pirsig “probably the most widely read philosopher alive,” a British journalist wrote in 2006.

Philosophy has often been derided as a dry-as-dust academic-only pursuit, but Pirsig popularized the field (and the Zen Buddhist religion) in this book.  It's had a lasting impact on US culture, and around the world as well.

It was definitely a 'different' book! :-)

Well crap.
I keep a copy of his piece "On Stuckness" handy to reread whenever I feel discouraged with how some process is going.

I enjoyed reading this years ago and think its time to read it again for more perspective. It is funny how reading the same book years later does that.

I tried reading that many years ago, before I became a Master. It was like trying to wade thru a pool filled with Jell-O. For those truly interested in Zen, I'd recommend "Zen Combat", by Jay Glick (the book that got me started), or "The Way of Zen", by Alan Watts (one of the foremost Zen Masters of the West.

Off topic but I don't think any one reading this blog will mind;
From James Wesley, Rawles just added on https://survivalblog.com/notes-for-tuesday-april-25-2017/
Breaking News: The BATFE has reversed part of its notorious Open Letter on mis-use of arm braces on pistols, now making it clear that “incidental, sporadic, or situational ‘use’” of an arm brace wherein it contacts the shooter’s shoulder does NOT constitute a redesign and hence it would not make the owner subject to prosecution. Thankfully, common sense has prevailed. Hopefully President Trump will announce far more gun law reforms at the upcoming NRA meeting in Atlanta!
http://mailchi.mp/812e3a375f2a/breaking-news-atf-reverses-open-letter-concerning-shouldering-of-sig-style-braces-1157769?e=98bebfdb47

I used to reread "Zen and the Art" every few years. it's been awhile. I may have to break it out again, in honor of Mr. Pirsig's passing.
Not, however, until I sync the carbs on the Honda & get the rear brake back on the Kawasaki. Can't read that book without going for a ride now & then.
--Tennessee Budd

I read that when it first came out, and in 1974 my life and lifestyle matched it fairly well.

If I can find my old copy I'll read it again.

For me, the feeling I got from reading it was what my professors insisted we would get by reading James Joyce, which I found to be much like getting an eyelash stuck to the inside of ones' eyelid. I'm actually sad that Mr. Persig is gone, however, so I did end up liking his book a lot more than Joyce's crap.

All in all, 'Compelling' is the right word for what his book evoked within me.

Although he is careful to never mention what they were riding, it was obviously Honda, from the descriptions of his maintenance issues. That's all that comes to mind about the book. My copy is long gone, so I may check the library to refresh my memory.

That cover art would seem to be from other than the US, since it shows a British wrench (Whitworth). Well, then again, late 60's to mid 70's was the heyday of British motorcycle imports.

I tried reading that many years ago, before I became a Master. It was like trying to wade thru a pool filled with Jell-O. For those truly interested in Zen, I'd recommend "Zen Combat", by Jay Glick (the book that got me started), or "The Way of Zen", by Alan Watts (one of the foremost Zen Masters of the West.

Same for me. I tried reading it three times. Always got stuck about halfway through. My favorite book with the title zen in it is "Zen and the art of archery".

I read the book over forty years ago.
In retrospect, I did not realize how Pirsig's book affected my thinking through the years.
I still use "the single brick in the building's wall" lesson when teaching, the climbing the mountain counsel when contemplating the why of actions, the significance of a radio playing in a workplace, the shim cut from a beer can vs the OEM BMW part, the artistry and unknowing worship of god in someone laying down a good weld or turning the rotor of an alternator, of having the opportunity to figuratively disembowel a long time enemy and make the dicision to sheath the rhetorical knife and walk away.

I recall Pirsig saying the book had nothing to do with Zen and little to do with motorcycle maintenance.

Herrigel was one of the blind men describing the elephant.